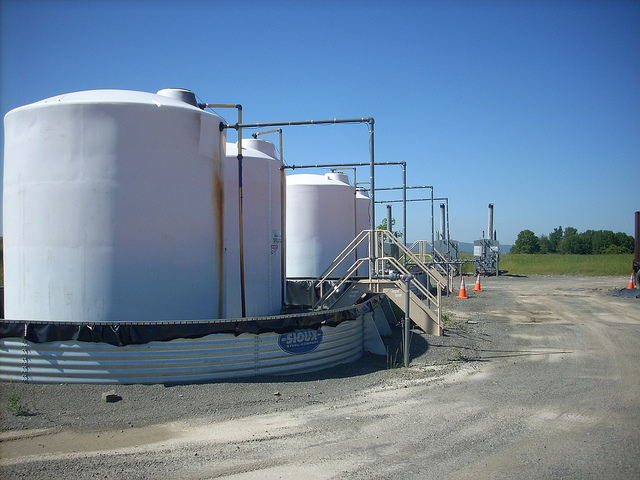 On Tuesday, Range Resources announced that it would work with the DEP to bring their drilling sites up to code, according to an Associated Press article.

The company made the decision after the DEP declared 44 drilling sites were not complying with state law that requires operators to remove or fill the pit within nine months of drilling.

The DEP alleged that Range did not clean up 40 sites in Washington County and four within Allegheny County within the required timeframe.

Range spokesman Matt Pitzarella told PennLive on Tuesday that although the decision to work with the DEP is riddled with concerns, the company is dedicated to the partnership.

“While there are aspects of the [notice of violation] that Range has a different perspective on than the DEP, we remain steadfast in our commitment to work cooperatively and positively with the department on these and all matters related to the sustainable development of clean burning natural gas in Pennsylvania.”

The investigation into Range Resources began last June when the DEP requested a status update from all oil and gas operators in the Marcellus and Utica shale regions.

Although they have not announced any outside environmental impacts of the violations and have not issued any fines, DEP spokesman Neil Shader told PennLive on Friday that it was vital for the company to take action quickly.

"Range Resources has voluntarily complied with responding to our request for information and is actively working with the department to identify and correct any compliance issues," Shader told PennLive. "Failure to comply with the department's well site restoration regulations could result in additional actions."

According to StateImpact Pennsylvania, Range began drilling in Pennsylvania in 2004. Since, it has faced a legal case in 2011 from a Washington County family claiming the company made their children ill, as well as fines in 2014 issued by the DEP for leaking wastewater.

Although the company has been under scrutiny for its drilling practices, a PennLive investigation asserts that the DEP has not done all it can to ensure safe and clean drilling sites in the state.

“But the DEP, which is required to conduct inspections of well sites and impoundments, did so irregularly and many of the results are still inaccessible to the public. A lack of oversight of the drilling industry has earned DEP a nickname among some as ‘Don't Expect Protection.’”