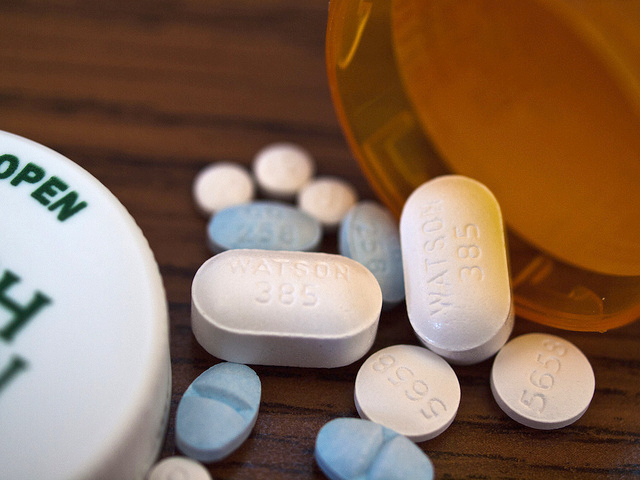 Nearly every state has created a prescription-drug monitoring program in recent years to combat abuse and the onslaught of overdose deaths. But the epidemic of abuse continues.

Now, the private sector is up to bat.

Principled Strategies, a California-based health-care consultancy, has developed a program that identifies risky prescribing practices and steps in to notify and guide doctors who exhibit them.

The program, called SafeUseNow, was awarded $208,000 as a winner of the Knight News Challenge, a contest held by the John S. and James L. Knight Foundation.

It was chosen out of nearly 700 entries to the competition, which asked, “How can we harness data and information for the health of communities?”

SafeUseNow originated from a 2009 research project in which the company studied health-insurance claims and searched for a way to identify doctors whose prescription practices seemed risky, said Patrick J. Burns, president of Principled Strategies.

“This took several years of experimentation and, along the way, discussions with dozens of industry experts to learn about behaviors most frequently associated with physicians with high-risk behaviors,” he said.

They compared doctors with suspended licenses or arrests to practicing physicians to see how they correlate, Burns added.

The project identified the 100 riskiest prescribers in the nation, a list that has not been released to the public. Burns’ team, however, followed up on those doctors.

“We were surprised that 77 of them had either legal or law-enforcement activity or a disciplinary action on their record,” he said.

Because of its accuracy, the model was turned into a product.

In April, SafeUseNow will report the outcomes of a three-year pilot program with providers of Horizon Blue Cross Blue Shield of New Jersey.

The goal is to offer SafeUseNow to insurance companies, pharmacies and other health-care organizations nationwide as a tool to reduce prescription drug abuse.

The program’s first step is to assess risk. After that, Burns said the question becomes whether prescribing behavior can be influenced before it becomes problematic.

Through the program, doctors are told what their top three risk factors are, how their prescribing compares to others in their speciality and what they can do to be safe prescribers.

The information can be as extensive as providing six months of prescribing history “so they can actually see and identify the very patients whose prescribing contributed to their score,” Burns said.

SafeUseNow determines a score based on 17 risk factors, including:

In Pennsylvania, the prescription-drug monitoring program tracks only certain controlled substances that are commonly abused and restricts access to law-enforcement officials.

A bill that passed the state House of Representatives in October would expand the list of prescription drugs monitored and open up the database to pharmacists and health-care providers. It was referred to the state Senate.

Even with those improvements, Burns said he believes SafeUseNow would add value because it interprets the raw data.

“To ask a physician to make heads or tails of it is asking a lot,” he said. “Our program is designed to put actionable information in front of the physician or pharmacist, so they can make a decision.”