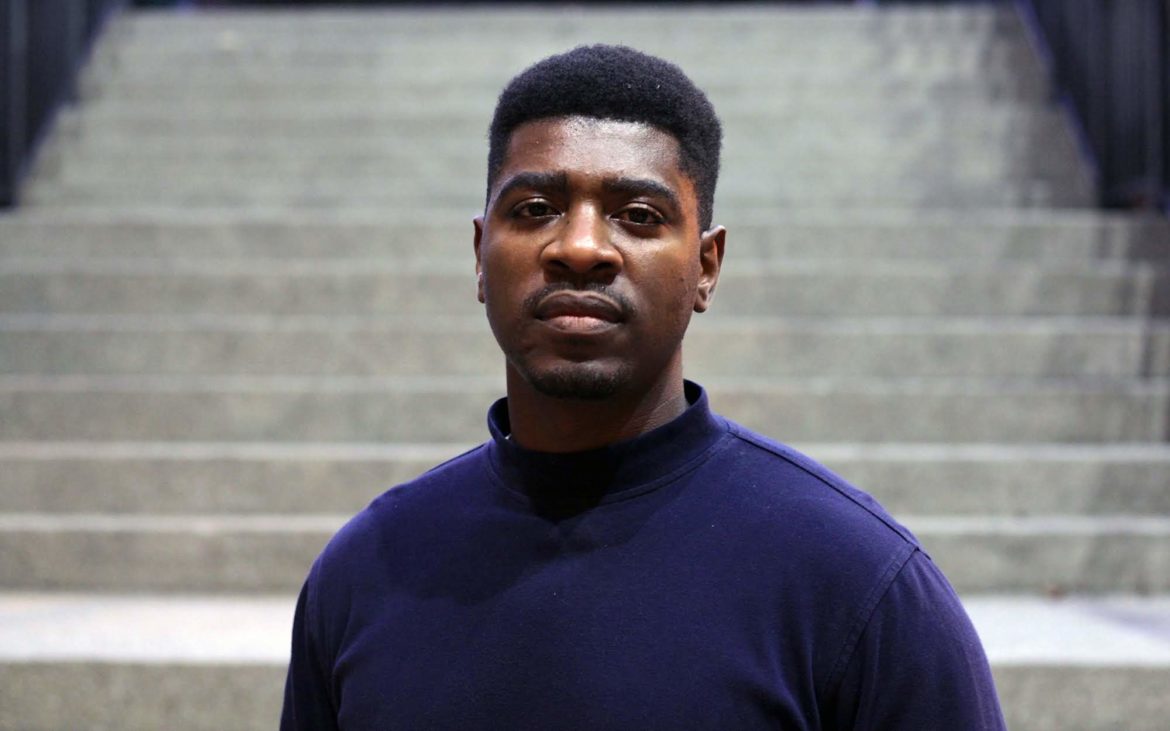 Kai Roberts on the campus of Washington and Jefferson College, where he was speaking about mental health issues on Oct. 17, 2019. (Photo by Jay Manning/PublicSource)

The next summer, his symptoms worsened. Just one month into his junior year, he was experiencing repeated panic attacks. As his fears escalated, he knew it was time to figure out what was going on and to do something about it.

In an urgent call to his mother, Kai told her everything.

“Get your things, you are coming home tonight,” she told him. He left school and stayed at his family’s home in Beltzhoover for the rest of the fall 2012 semester.

Kai’s mother, Yolanda Roberts, said getting that call from Kai at school trumped everything that was going on at the time. She left her shift as a Pittsburgh police officer to get him from school.

Kai’s experience is shared by many students across the country. According to the National Alliance on Mental Illness (NAMI), one in five young adults will experience a mental health condition in college. Like Kai, many do not seek help.

According to the Anxiety and Depression Association of America, anxiety disorders are the most prevalent mental illness in the country, affecting about 40 million adults. While the association notes that the disorders are treatable, only about a third of impacted people receive treatment.

According to NAMI, social stigma can be a particular barrier to individuals seeking mental health care in the Black community. The alliance specifically notes that Black men may be wary of seeking help out of concern that they’d be perceived as weak.

For Kai, the revelation that he was suffering from an unspecified and undiagnosed “mental illness” was a shock for him and his family.

”My family didn't know anything about mental health,” Kai, now 27, said. “It was not a part of my education where I was from.”

At first, he said his parents were opposed to him seeking treatment. "I was afraid to mention it to my family, just because of what they would say,” Kai said. “They didn’t want to accept that it was a mental health disorder, and they didn’t want me to go to therapy.”

Kai’s family worried that seeking help would haunt him for life and be a barrier in the future during school and his professional life. 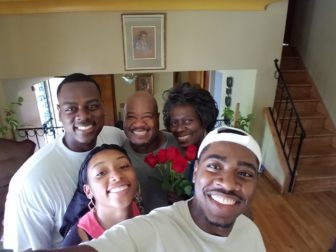 Despite these worries, Kai said his mother continued to be supportive while he was at home.

Before Kai realized he needed to leave school, Kai's boss from his job as a resident assistant noticed a change in him. This was the first time someone suggested to him that he may be suffering from anxiety and that seeking help from a campus therapist may be a good idea. But Kai felt that seeking therapy while being in school was overwhelming and difficult to balance. During his leave of absence, he found another therapist. Because he was able to focus on his healing only, he said he found it to be very helpful.

Kai now sees how his experiences accumulated into a crisis. He entered college as an engineering major. He wasn’t happy, and he struggled to balance the intense workload and trying to fit in along with his passion for pursuing music outside of school.

“It was somewhat of a rocky transition to college,” Kai said. “I wasn’t doing badly in school, but I wasn’t doing good as a person.”

No sleep. No confidence. Kai was eating poorly and not exercising at all.

In his view, the lack of education and information about mental health was a significant hindrance to his healing. He said if he knew about mental health issues earlier and hadn’t been afraid to admit he was struggling, he would have gotten help before his anxiety became so extreme.

His lack of knowledge at the time when he needed it most motivated Kai to speak out against stigma and raise awareness about mental health.

Kai felt well enough to return to his classes in January 2013.

Not only did he return healthier, but he also carried a renewed commitment to creating a dialogue around mental health. As part of his treatment, Kai saw his therapist, learned to meditate and began a fitness program that included running for at least 2 miles every day. He also created an album with songs addressing what he described as sights, sounds and nuances of mental illness. 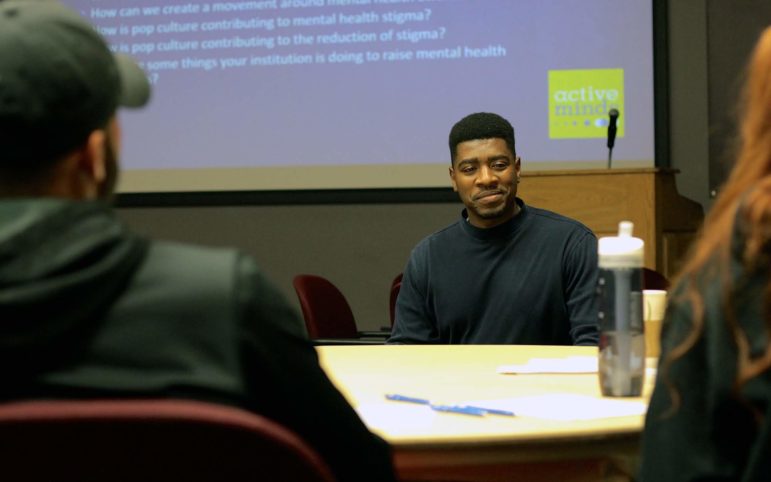 Kai Roberts gave a talk on mental health at Washington and Jefferson College on Oct. 17, 2019. (Photo by Jay Manning/PublicSource)

In the summer of 2013, Kai produced an album with money he earned at a summer job. That November, he invited college administrators to a listening party in hopes that they’d help support the album’s distribution.

With guidance from administrators, a CMU student organization paid roughly $1,200 to purchase 1,000 copies of the album to give to students. Kai began hosting Carnegie Cafe Conversations in dormitories, where he played his music and told his story.

“I facilitated conversations with the students about what they knew about mental health,” he said. “I shared my story to try to de-stigmatize mental illness.”

But Kai wanted a larger platform.

He started searching online for organizations that addressed mental health on college campuses. He found Active Minds, a national nonprofit dedicated to supporting mental health awareness and education for students.

He didn’t hear back after emailing several times. Finally, he said he shared information about his music project and Carnegie Conversations, and the organization responded by asking if he would conduct a workshop in November 2014 at the organization’s regional conference in Maryland.

Kai created an interactive presentation called, “Rapping the Movement.” He shared his story and music and encouraged attendees to participate by creating a song, rap, poem or other creative expression of their personal experience.

It was the beginning of a relationship that has since sent him across the country speaking to students, sharing his music and increasing awareness. He is now part of the Active Minds speaker bureau.

“Kai shares his personal story in an empowering and vulnerable way, letting others know that they are not alone when they are struggling and that their feelings are valid,” she wrote in an email. “His message to young adults, and young men, in particular, is that it's OK to not be OK and seeking support shows strength.”