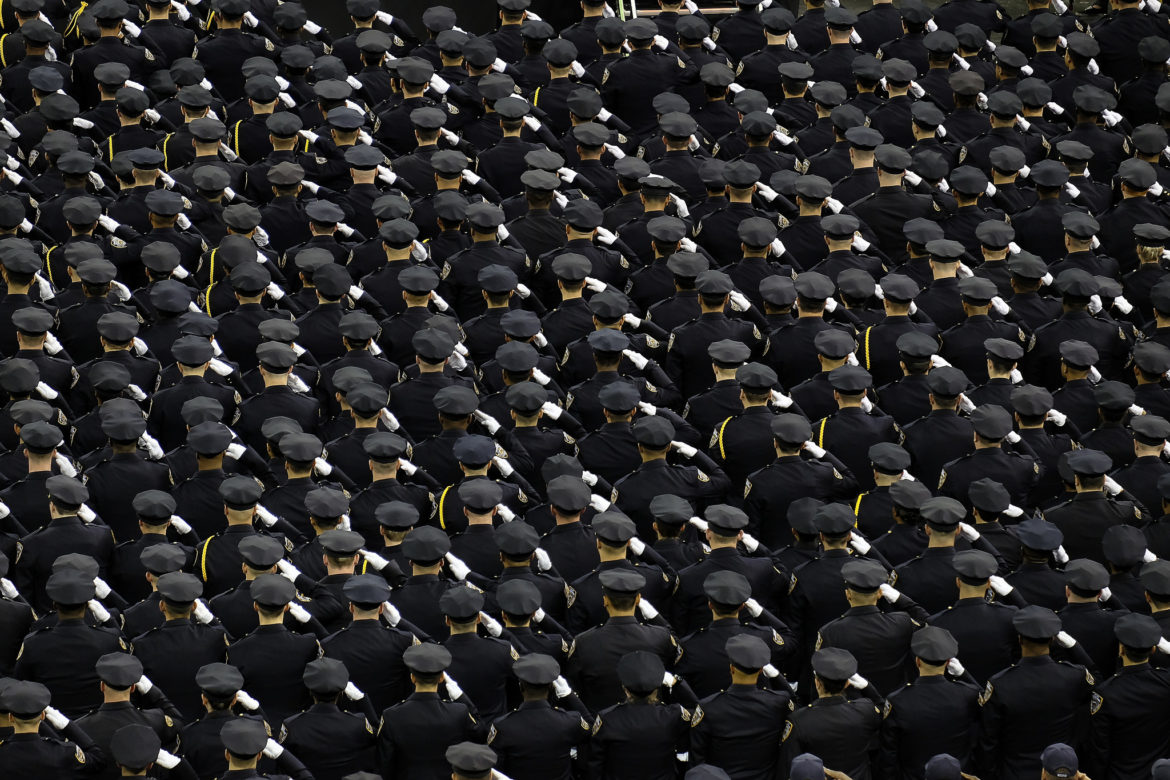 Police have a diversity problem. Aside from the racial tensions and vocal protests following the deaths of Michael Brown, Tamir Rice, Freddie Gray (and numerous others), many departments simply don’t look like the communities they police.

In New York City, Commissioner Bill Bratton said finding qualified black officers is difficult in part because his department already arrested so many of them, leaving them with criminal records, according to the Guardian.

Way back in 1948, the city hired eight black officers and now has a diverse force that reflects the city far better than many peers.

Here’s what he told the Marshall Project, after being asked if Atlanta faces the same recruiting problems as New York:

I will just simply say, we have the same recruiting and hiring criteria as Mr. Bratton delineated. We are recruiting from the same base as any city in America. Every year, between four and five thousand applicants apply to be an Atlanta police officer. We hire 200 to 250 police officers a year from that pool. The standards that New York has and all police departments around the country are the same.

Atlanta, however, is 38 percent white. As is its police force.

In an interview with the Guardian, Bratton said New York struggles to close the diversity gap because “so many of them have spent time in jail and, as such, we can’t hire them.”

Afterward, Bratton said the quote was accurate but mischaracterized by the paper.

New York applicants with a felony conviction are immediately disqualified, as are those with domestic violence charges, according to the Guardian.

Misdemeanors aren’t an automatic disqualifier, but those charges can still count against an applicant.

Bratton said stop-and-frisk policing has increased the number of minorities with misdemeanors on their records. This has made the population of eligible applicants “much smaller than it might ordinarily have been,” he told the Guardian.

Atlanta has several historically black colleges, which can be a good recruiting source. But Turner said the city doesn’t have an automatic edge because those graduates might want to find work back home (say in New York).

As he told the Marshall Project:

Here in Pittsburgh, police diversity is a major issue.

According to the 2013 report from the Pittsburgh Bureau of Police (released last year), only 13 percent of the force is black, and that percentage actually decreased from 2012 when the American Civil Liberties Union filed a lawsuit about hiring practices.

That suit was settled in May for $1.6 million. The settlement requires the bureau to overhaul its hiring procedures to remove bias.

In 1975, a federal judge ordered the bureau to hire white and black officers in equal numbers. That order, however, was struck down in 1990.