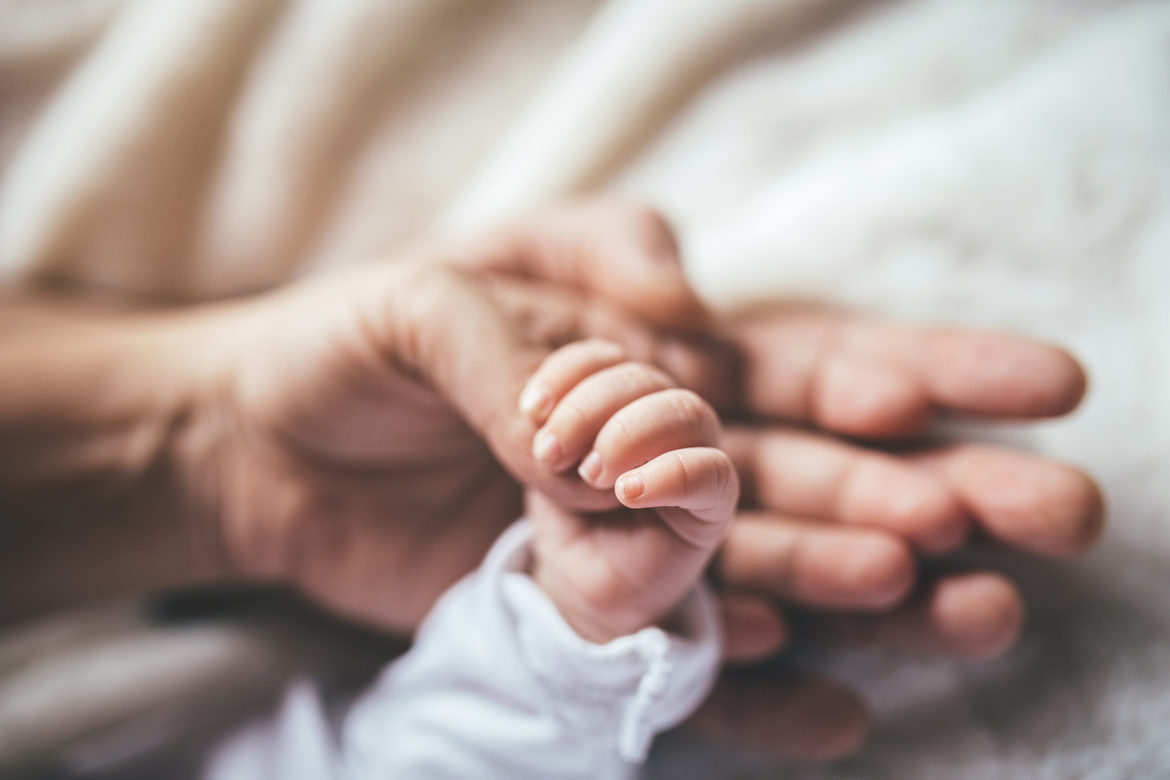 Babies can experience stress, trauma and even depression. Here’s how to make sure your child’s emotional needs are met. (Photo via iStock)

When it comes to mental health, it’s easy to assume babies are too young to have complex emotions, experience intense stress or become depressed. Yet research shows otherwise: infant mental health [IMH] reveals a lot about babies’ emotional needs, especially in the age of coronavirus.

The field first gained awareness in the 1970s, and since then, Pittsburgh has become one of the nation’s leading cities for IMH research and services. Local programs such as the University of Pittsburgh’s Early Head Start Program offer qualifying families home visits with trained specialists, while UPMC’s Matilda H. Theiss Child Development Center and the Sprout Center for Emotional Growth and Development provide services from daycare to trauma counseling. Pitt’s School of Education even has an IMH graduate certificate.

Six local experts told PublicSource what you need to know about IMH and how the pandemic has made relationship building even more important.

“Infant mental health is really social-emotional development,” said Robert Gallen, associate professor of applied developmental psychology at the University of Pittsburgh’s School of Education and founder of the school’s IMH certificate. That development refers to an infant’s capacity to experience and regulate emotions, form secure relationships with their caregivers and learn within the context of their relationships, community and culture, he said. IMH typically focuses on babies up to age 3.

How do babies develop socially and emotionally?

Healthy relationships with parents, family members or other caregivers are the most important thing for an infant’s mental health, experts said.

“[Infants] have their own inner life, and that develops through their relationships with their early caregivers,” said Dena Dunn, a licensed clinical psychologist and IMH specialist based in Highland Park. According to her, babies need a caregiver who is aware of and responsive to their needs. “If I had one nugget to put into the universe, it’s tune in to your baby. Pay attention to what your baby is communicating.”

How many healthy relationships with adults do babies need? Four secure relationships, according to Bonnie McNally-Brown, a licensed professional counselor in Castle Shannon. “We don’t need $500 strollers and fancy toys from Target,” she said. “The baby just needs relationships.”

Given the pandemic, it can be difficult for extended family and friends to build those relationships. But Erin Troup, a licensed professional counselor at Sprout Center for Emotional Growth and Development, said there are many ways to nurture connection from a distance, such as phone calls, video chats or a physically distanced visit. “There is never a missed window for connection,” she wrote in an email to PublicSource, even if the pandemic delays it. “It just may be happening a bit later than we had hoped for.”

What happens if a baby doesn’t have healthy relationships?

Research shows that a prolonged lack of nurturing can cause an infant to experience toxic stress. Unlike healthy stress — such as learning to walk, talk or toilet train — toxic stress occurs when a baby doesn’t have access to an attentive caregiver, McNally-Brown said. For example, if a baby coos or cries and no one responds, toxic stress can occur.

A baby’s emotional state typically mirrors that of their caregiver, several experts said — meaning if their caregiver is depressed, the baby is also at risk for depression. “They look different. That sparkle in their eye is not there,” Troup said of depressed babies. 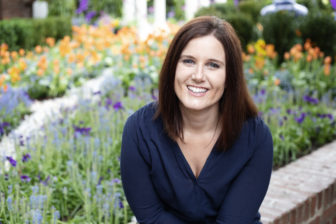 Toxic stress can negatively impact the way a baby’s brain is wired, McNally-Brown said, causing stress hormones to flood the baby’s system and keeping them from doing things like crawling and exploring, which can result in developmental delays.

Toxic stress can also lead to problems forming relationships later on. “If you learn early on that people don’t respond to you, that they don’t help you meet your needs and it’s all up to you, you’re not going to seek out help,” Gallen said.

Supporting a baby’s mental health starts with supporting the caregivers’ mental health, said Chris Dunkerley, director of Pitt’s Early Head Start Program, which supports more than 300 low-income families in Allegheny County through home visits. “It’s all based in relationships and how we support moms, dads and caregivers,” he said of the program. “We believe that if relationships can be healthy, supportive, in the home, [babies] will build healthy relationships later on.”

Many parents are experiencing increased stress due to COVID-19, which can carry over to the baby. “When parents are stressed and overwhelmed, our babies are stressed and overwhelmed,” Troup wrote. She advised parents and employers to recognize the importance of allowing parents to respond to their children’s needs during the work day. “Parents can hold in mind that their responsiveness to their child is more important than sending off those last emails,” she wrote.

How else has the pandemic impacted infant mental health?

“There have been positives and negatives,” Troup wrote. Parents’ stress can carry over to babies, and the effects of masks, which prevent babies from seeing full faces, are not yet clear.

On the other hand, parents are spending more time at home than before, which “has done wonders for bonding and attachment,” Troup said. In some places, premature births have steeply declined, which could be a result of expecting mothers getting more rest, though doctors aren’t yet sure, according to the New York Times.

Dunn said teletherapy has allowed her to “meet parents where they are” and made services more accessible. “It’s almost given people permission to ask for help in a way that historically physical limitations or stigma may have been a barrier,” she said.

Yet she said the systemic gaps COVID-19 has exposed, particularly for low-income families and communities of color, could increase health disparities for infants. “That’s one of the biggest worries and fears, that families that don’t have as many resources are not going to fare as well, and babies are just the same,” she said.

What can I do to strengthen my relationship with my baby?

Don’t be afraid to use big words and talk to your baby like an adult, Dunn said. “A lot of parents think they have to talk down to their baby or talk ‘baby talk’ to their baby, but I tell them to talk about your life,” she said. Studies show that the more exposure babies have to language, the better they end up performing academically.

If you’d rather use ‘baby talk,’ that’s fine, too. “Motherese is great,” Gallen said.

Should I let my baby cry?

Several experts warned against letting babies ‘cry it out,’ especially babies younger than 6 months old, though the topic is still debated. “Babies need people to intervene for them and to help comfort them,” Troup said. 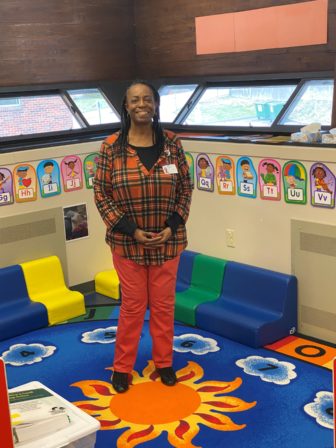 That goes for sleep times, too, McNally-Brown said. “All of the science points back to what our grandmothers and great grandmothers knew: pick up the baby,” she said. Although a March study from the University of Warwick found that letting babies “cry it out” did not have an adverse effect on their behavioral health and actually helped them develop self control.

Willina Walker, clinical intake and program coordinator at UPMC’s Matilda H. Theiss Child Development Center, recommended adopting a structured bedtime schedule. “Once the kids get used to [a routine], it will be easier to get them to bed on time,” she said.

Creating a sleep routine that works for you and your baby can be complicated. If you are having trouble, try consulting a developmental pediatrician. Many pediatrician offices offer sleep-related classes for parents.

Can screen time interfere with my baby’s development?

As difficult as it may be, especially during the pandemic, the American Academy of Pediatrics advises that children under 2 years old should not have any screen time (e.g. TV, video games or movies), other than video chatting.

“Parents nowadays, if the child is being distracting, they give them the iPhone. We try to limit that,” Walker said before the pandemic. She recommended parents play games, go outside or read with their child instead.

Parents should also limit their own screen time while with their baby, Troup said. She likened looking at a phone or computer while with a baby to the well-known “Still Face Experiment.” During the experiment, parents began by interacting with their baby as normal — then abruptly stopped as they might when focusing on the TV or cell phone. Within seconds, babies became confused, anxious and started exhibiting signs of toxic stress.

A video demonstrating the Still Face Experiment, which shows an infant's need for reciprocated interaction with their caregivers. (Clip from Project ABC)

Dunn agreed. “If you’re breastfeeding your baby and you’re looking at Facebook, you’re not tuning into your baby and what they may be communicating,” she said. According to her, even subtle cues can indicate how they’re feeling: hiccups can indicate overstimulation, while a pale complexion may indicate tiredness.

What are some common misconceptions about infants?

Despite what philosopher John Locke argued, newborns aren’t born blank slates. By the time a baby is born, they can recognize their mother’s voice, suggesting prenatal learning, and can even register trauma that occurred while in the womb. One 2018 study from the University of Notre Dame found that babies whose mothers experienced domestic violence during pregnancy were more likely to exhibit aggression as toddlers.

Another myth: according to Dunn, meeting one’s new baby is not always love at first sight. “[T]he truth is, that happens to very few first-time parents,” she said. If you’re struggling to connect with your baby, don’t be afraid to ask for help and seek parenting resources, she said.