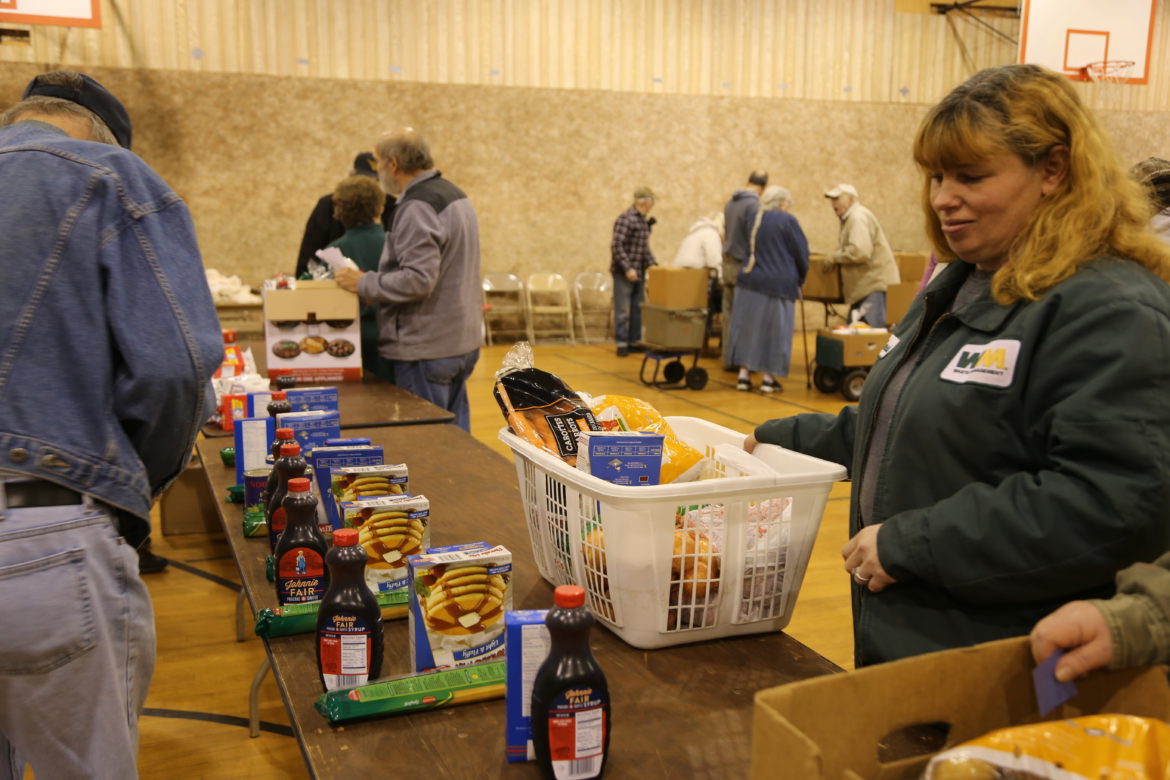 In a large bright gym at the Mountain Fellowship Center in Markleysburg, Fayette County, Laura Thresher sorts cans of mostly non-perishable items and passes them to volunteers nearby.

She greets people as they pass by a table piled high with donated bread and some produce, although it’s limited to durable starchy vegetables, rather than leafy greens.

“They’re getting their green beans, beef stew, mixed vegetables and spaghetti sauce,” Thresher said, referring to the cans in front of her.

Thresher does this once a month in the small town. It’s one of 49 food banks operated by the Fayette County Community Action Agency.

Some people drive up to 20 minutes to get here, and some carpool. Thresher said in this community, people take care of each other. Because most of the recipients are elderly, many of the food boxes are packaged up, so friends and family can deliver them.

Most of the volunteers also receive food boxes themselves, like 66-year-old Jeanette Frazee. “It really helps because I’m on fixed income. I’m on Social Security,” said Frazee, “so just getting canned goods really helps on the food bill.” 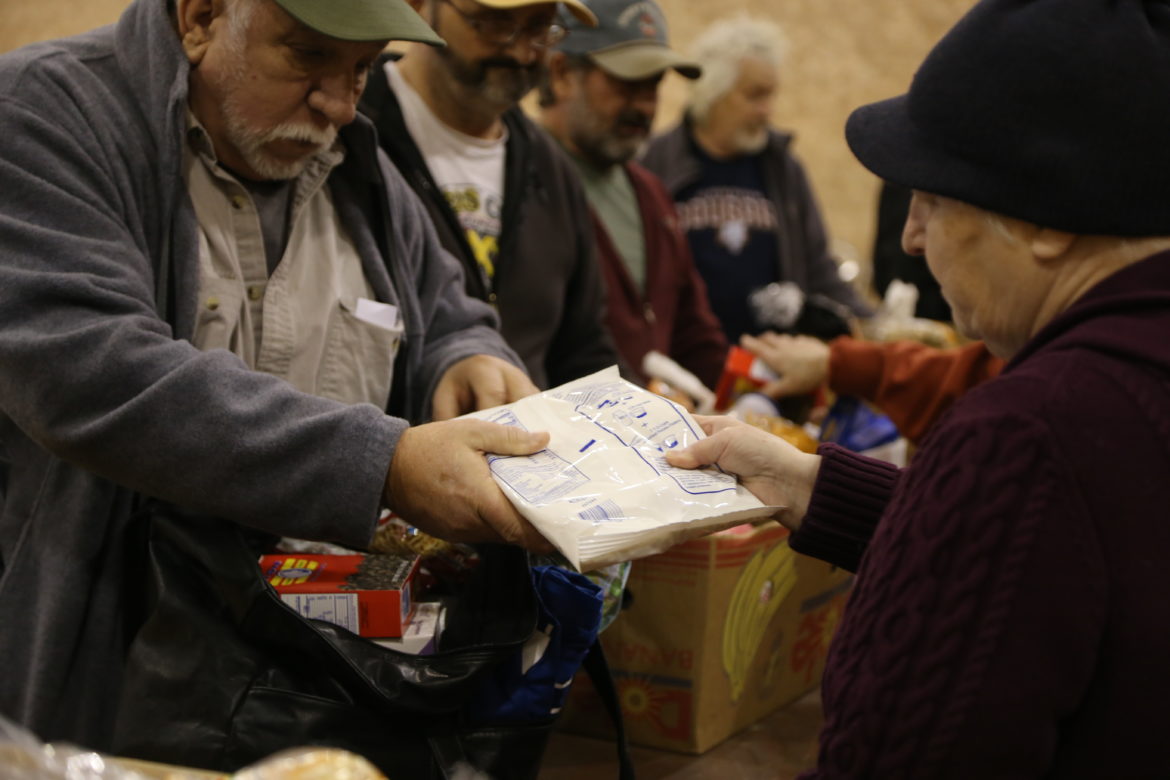 Others in the community rely on the Supplemental Nutrition Assistance Program, or SNAP, often called food stamps. According to the U.S. Census, nearly 16,000 Fayette County families are eligible for SNAP.

A number of people at the food pantry said they rely heavily on sales and coupons to stretch their dollars. That includes Robert Vansickle, 66, who receives about $88 per month in federal food assistance.

“Hey, I’m better off than most,” he said. “You learn to deal with what you have, and be grateful you got it. Too many people over-expect.”

A proud demeanor is common in the region, according to Keeley Forrestel, a grant writer for the Fayette County Community Action Agency. But she said the need is real in Fayette County, where 16 percent of residents and 27 percent of children are food insecure. That means that, at times, they lack access to enough food for a healthy life. Forrestel said around here, there’s a real “pick yourself up by the bootstraps” attitude.

In Fayette County, the poverty rate is more than 20 percent — about 7 percent higher than the statewide figure, according to the U.S. Census. The unemployment rate is higher, too.

But Forrestel said for the aging population in particular, there’s a stigma surrounding government assistance, which has more to offer and can be more reliable than community-based programs like food banks.

“People are afraid that they’re going to receive liens on their homes,” she said. “There’s still this old-fashioned understanding of what it’s like to get the government involved in your life. There’s fear.” 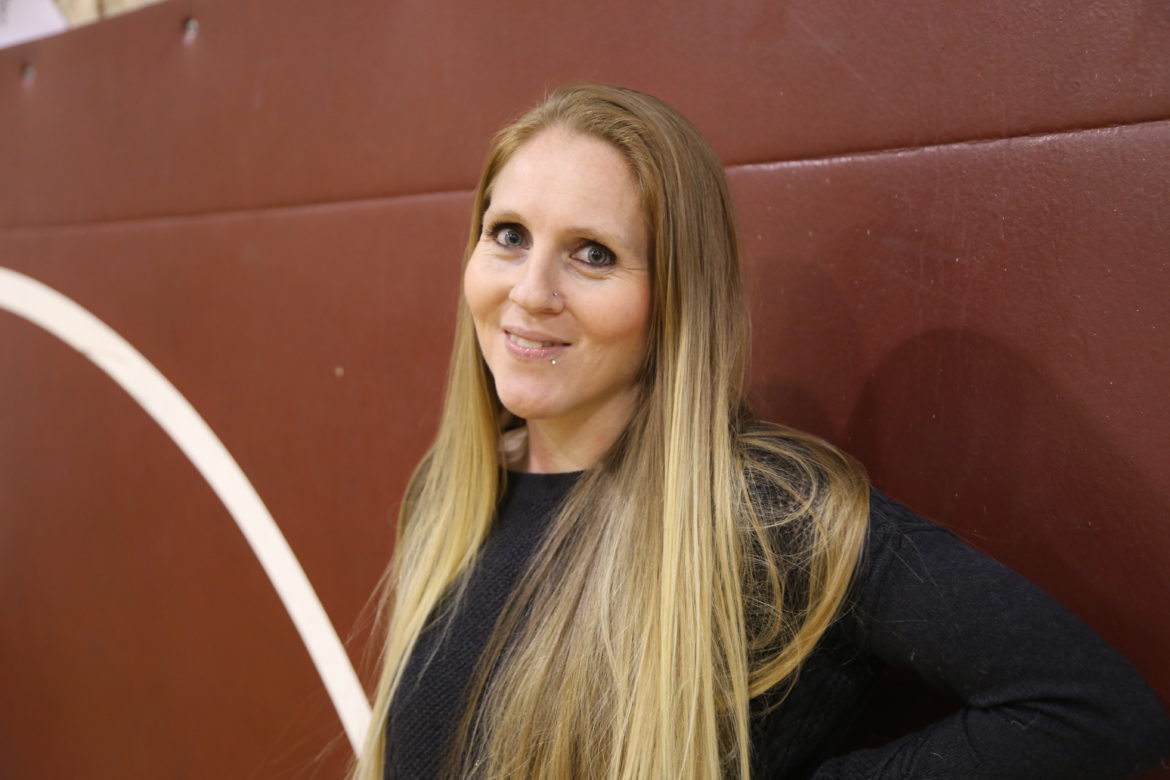 Of the 16,000 families eligible for SNAP, only 10,000 actually enroll. Forrestel said there are many reasons for that gap that extend beyond stigma.

First, families must be interested in receiving benefits like SNAP and understand how the program works. Then, they have to apply.

“We help individuals fill out applications, help them get the documentation that they need. Sometimes there’s an overwhelming amount of documentation they have to provide,” Forrestel said.

“They’re going to use that time to figure out how to feed their children instead,” she said.

If someone becomes successfully enrolled in the SNAP program, there can still be accessibility problems. SNAP beneficiaries must find transportation to the store, which can be a significant barrier in a rural community with little public transit. Even then, there are only a few options for groceries in Markleysburg, and within those, the food selection can be slim.

The aisles of the G.W. Superette store in Markleysburg are filled mostly with processed foods and some household goods. It has a small produce selection and a deli counter, which appeals to Tracy Dressler and her daughter, Amber Thomas.

“This is pretty much the only place up here you can get actual meat, but it’s really, really expensive,” they said. 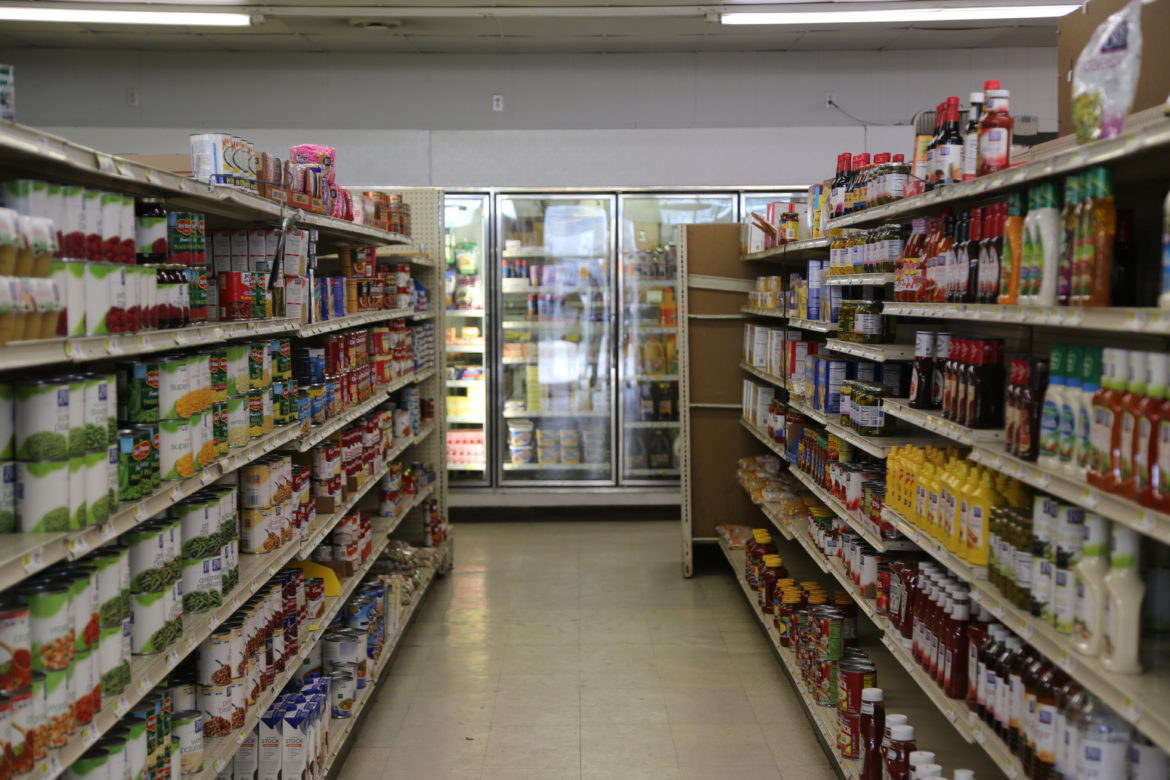 On Dressler’s fixed income alone, they feed the eight family members who live in the house, including four children. Dressler said they get a good amount of SNAP benefits for the kids, but that the assistance doesn’t go far.

“I have twin 3-year-olds,” said Thomas. “They eat all day; it’s like all day long. If we don’t go grocery shopping in Uniontown and we have to buy things here every day, it doesn’t last all month.”

The family tries to go to the cheaper stores in Uniontown, about 20 minutes away. But it’s been three months since they made the trip because they’re often without a car or ride. Markleysburg's geographic location on top of a mountain adds an additional barrier for residents already pressed for gas money to travel to other towns.

Forrestel said for families in rural communities, the challenges go beyond accessing food. Even if fresh and nutritious items are available at the store, farmers market or food pantry, some people don’t have the electricity or tools to cook them, so they’ll do things like forgo a Thanksgiving turkey and opt for something canned and easy to prepare.

She said her organization and the residents of Fayette County can’t do everything to solve the problem, but they’re actively seeking solutions.

“What does our community need? We need a working economy,” Forrestel said. “But at least we’re able to feed some people.”

She said she thinks the relief programs, like what food pantries provide, will be able to persist because of the community’s greatest strength: its ability to network, lend a hand and support one another.