Before the mass shootings in a Connecticut elementary school, a Colorado movie theater, and a Wisconsin Sikh temple, a shot from Sanford, Fla., was heard around the world.

One year ago, a neighborhood watch volunteer took the life of an unarmed teenager, inciting international outrage and causing President Barack Obama to reflect on how the teen could have been his own.

“If I had a son, he’d look like Trayvon,” the president said.

On the evening of Feb. 26, 2012, George Zimmerman shot and killed 17-year-old Trayvon Martin during a scuffle in a middle-class residential neighborhood of townhomes in Sanford, outside of Orlando. Martin, who was wearing a hoodie, had gone out in the rain to buy some Skittles and iced tea.

Today, Obama is pressing for the broadest gun control legislation in a generation. His agenda and the more than a dozen mass shootings that inspired it, including at Sandy Hook Elementary School in December where 20 children and six staff members were murdered, have stirred nationwide debate about the role of guns in our protection, politics and culture. But missing from the debate is the Florida law at the center of the Martin shooting, the law known as “stand your ground.”

About one year ago, PublicSource took a look at the similarities between Florida's 'stand your ground' law and Pennsylvania's. Read that investigation here.

Some variation of Florida’s “stand your ground” law is in place in at least 20 states, mostly in the South, Midwest and West. The law expands on the “castle doctrine,” which grants the right to use deadly force to protect against home intruders. “Stand your ground” extends this right to places outside of the home, such as vehicles, workplaces and public spaces. Zimmerman, who is white and Hispanic, told police he killed Martin, who was black, in self-defense, and as a result of “stand your ground,” Zimmerman was not immediately arrested.

The delay of more than a month in Zimmerman’s arrest enraged people worldwide. Many accused Zimmerman and Sanford police officers of racial profiling. Debate flourished about the role of race in American justice and whether “stand your ground” legitimizes the vigilantism of the Old South and the Wild West.

Following Martin’s killing, the Rev. Al Sharpton said Sanford was at risk for “going down as the Birmingham and Selma of the 21st century.” Demonstrations led by civil rights activists such as Sharpton and the Rev. Jesse Jackson and elected leaders including U.S. Rep. Corrine Brown, a Jacksonville Democrat, drew thousands.

Zimmerman, charged with second-degree murder, plans to use “stand your ground” in his defense, and a hearing to determine whether he can go forward with that strategy is scheduled for April. By then, national debate on gun control should be in full swing. 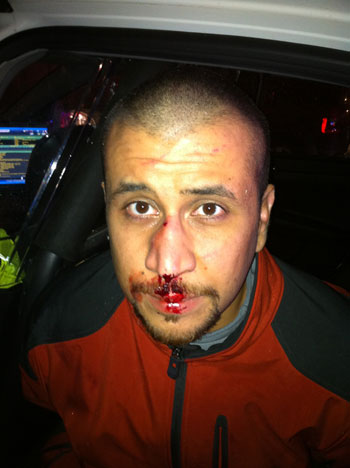 Under public pressure after Martin’s death, Gov. Rick Scott appointed a task force to examine Florida’s “stand your ground” law, the first such law enacted in the United States. Florida’s law, which Gov. Jeb Bush authorized in 2005 and which Martin’s mother has called on lawmakers to repeal, is considered model legislation.

“Stand your ground” spread throughout the nation with help from the American Legislative Exchange Council, a business-backed organization with a membership of nearly 2,000 state legislators nationwide. Lawmakers and lobbyists draft model bills together that advance ALEC’s pro-business, socially conservative agenda, and lawmakers then introduce those bills in their home states. After the Martin shooting, many pointed to ALEC as an example of inappropriate corporate influence in public policy. Institutional ALEC backers such as the Coca-Cola Co. and Bill and Melinda Gates Foundation pulled their support amid the controversy.

Since Martin’s death, lawmakers in about a dozen states have introduced legislation to revise or repeal “stand your ground.” A few bills are pending, but most have stalled without significant support.

In Florida, where more than 100 people have used “stand your ground” in justifying violent actions, there is little pressure to alter the law. The task force Scott appointed heard six months of testimony from throughout the state and concluded that the law is sound. The task force recommended that lawmakers re-examine minor details, such as the law’s definitions of “unlawful activity” and “criminal prosecution.” Critics pointed out that the findings weren’t surprising, given that the task force consisted of two lawmakers who helped draft the law, two who voted for it, and another who sponsored a bill backed by the National Rifle Association that prohibited doctors from asking patients about guns.

“They came out with nothing, really,” said Senate Minority Leader Chris Smith, a Democrat from Fort Lauderdale. “The commission was everyone who supports the law. Why even put together a task force when you’ve already determined what the results are going to be?”

A few other lawmakers have introduced bills to modify “stand your ground,” but Senate President Don Gaetz has said gun regulation isn’t something he expects the Republican-led Legislature to address “other than peripherally.”

“People feel strongly about their right to protect themselves in their homes, in their vehicles and any place they have a right to be,” said Marion Hammer, a former president of the National Rifle Association and a Tallahassee lobbyist who helped write Florida’s “stand your ground” law. “Overwhelmingly the American people do not believe that they should be forced to run away before fighting back and being charged with a crime if they failed to retreat before fighting back. That puts the rights of criminals ahead of the law-abiding citizens.”

Surveys suggest about half of Americans support “stand your ground,” but opinions differ sharply by race. An ABC News/Washington Post poll in April 2012 found that 55 percent of whites favor the law, but 69 percent of blacks oppose it. In Florida, a July 2012 Mason-Dixon Polling and Research survey found that 65 percent believe the law does not need to be changed, and 18 percent said it should be repealed. 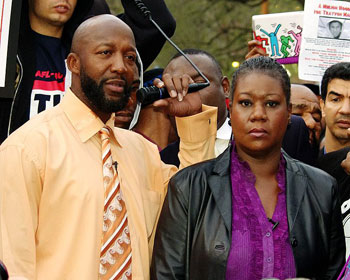 “That may have changed,” said Brad Coker, managing director at Mason-Dixon Polling and Research, who has not seen more recent data on “stand your ground.” “(Sandy Hook) has moved, at least for now, the gun control numbers, and that issue may not be immune.”

A report co-authored by Steven Jansen, vice president and chief executive officer of the Association of Prosecuting Attorneys, noted “stand your ground” does not afford police officers the same immunity in self-defense shootings as the general public, and officers face intense scrutiny when using force in the line of duty.

“Stand your ground” laws were enacted nationwide as part of a shift in gun laws. Bans on assault weapons and other guns enacted during the 1990s began to expire, and as efforts to renew them failed, “stand your ground” gained support.

Now a new shift in gun laws is underway. While the gun control debate so far has failed to include “stand your ground,” Martin’s shooting did slow the law’s spread to other states.

“It caused many states to worry about the soundness of the law,” Jansen said.

Rep. Dennis Baxley, a Republican from Ocala who was the primary sponsor of Florida’s “stand your ground” law, isn’t surprised that the law has been missing from the national gun debate.

“It’s really a different issue. Self-defense, protection of law-abiding people in the general population is a very different issue than how do you deal with a deranged person going into a gun-free zone and just shooting fish in a barrel,” Baxley said. “It’s a different question to me.”

But Jansen said he’d be surprised if the debate doesn’t at some point include a re-examination of “stand your ground.”

“I think it needs to be talked about,” he said. “If we’re going to deal with gun violence and firearms, I believe it is part of that conversation.”