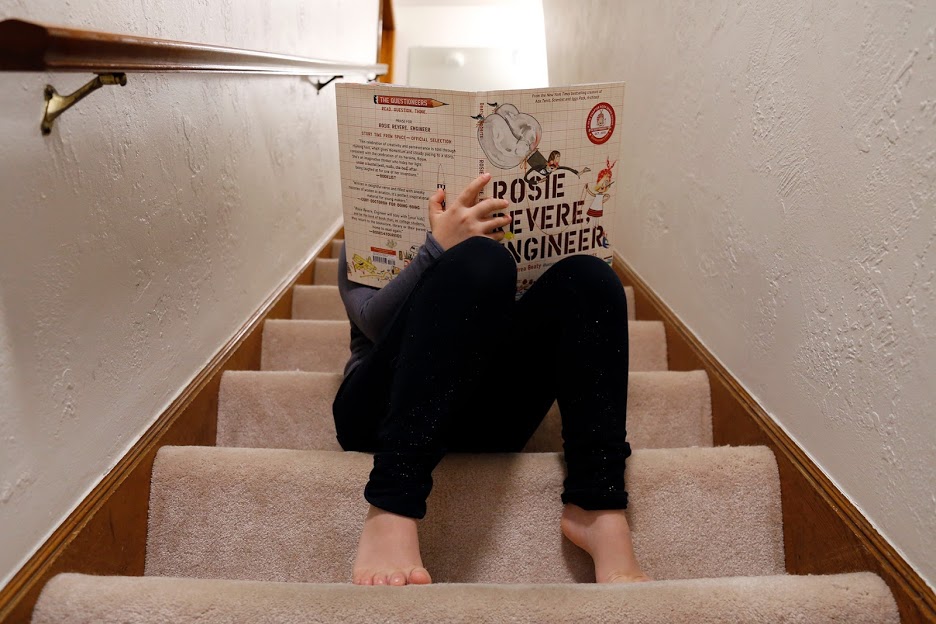 R, a second grader at Benjamin Franklin Elementary School in the Bethel Park School District, is like her classmates in many ways. She loves cheetahs, jumping in big piles of leaves and watching the Lego Avengers save the world from bad guys. Science is her favorite class, especially learning about weather, as she hopes to become a meteorologist one day.

R, whose first initial is used to protect her privacy, also identifies as non-binary. “I'm not a girl, not a boy,” R said. “I’m just me.”

GLAAD, a national nonprofit that promotes LGBTQ acceptance in media, defines non-binary as a term used by individuals “who experience their gender identity and/or gender expression as falling outside the categories of man and woman.” Non-binary is different from transgender, which GLAAD defines as people “whose gender identity and/or gender expression differs from what is typically associated with the sex they were assigned at birth.”

R, who uses she/her pronouns, began identifying as non-binary last fall on a trip to another city, shortly before her 8th birthday. When a kid on the playground asked her if she was a girl or a boy, she answered by saying neither. “I’m non-binary!” she said. She remembered being excited about saying it for the first time. "It felt like you were telling someone about a really cool comic that you like," she said.

Because many people don’t know what the term non-binary means, R is used to explaining. "I feel like... in the gender section of my heart, there is nothing," she said.

R’s mother, Kate, is supportive. She began discussing topics of identity, like gender and race, with R around age 4. “The fact that she even had the language to use, we were pretty proud of her,” Kate said. “We need to have these conversations early and often.” 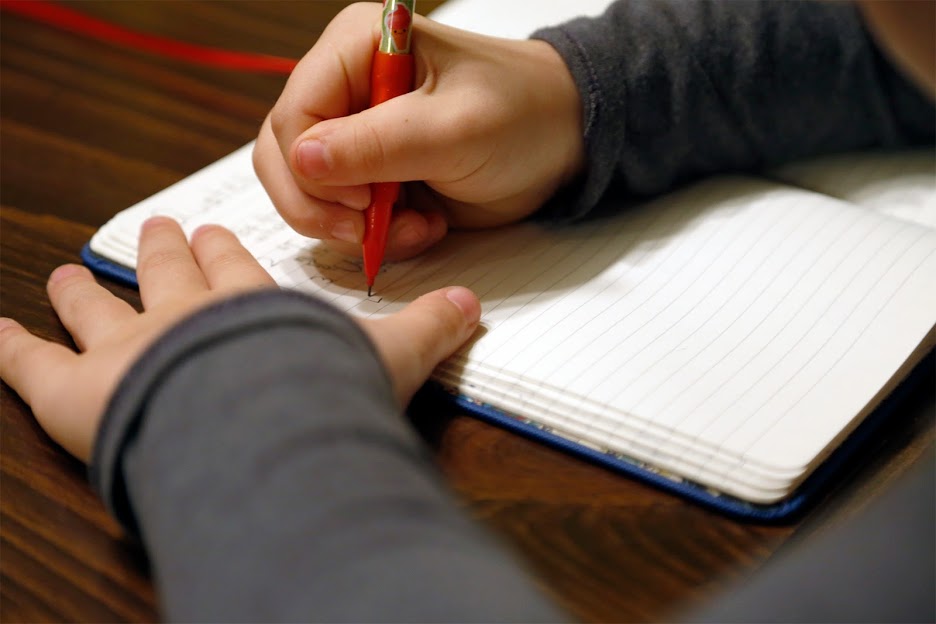 R writes in her journal. (Photo by Ryan Loew/PublicSource)

R said that her teacher, principal and most of her classmates have also been supportive. Once she started identifying as non-binary, her teacher made adjustments to make the class less defined by gender. For instance, students walk down the hallway in even- and odd-number lines instead of a boys line and a girls line. School staff told Kate that R could meet with the guidance counselor if she wanted extra support.

"I think they've been supportive and willing to listen and work with us," Kate said of R’s school.

Still, there have been challenges. At the beginning of the school year, R came home with two district forms that required her to check one of two boxes: male or female.

She didn’t feel either described her. So she asked her mom to write in a box that said “other.”

"It made me feel angry that people don't include people who are both or neither," R said.

The forms have since been updated with more inclusive language. One added a non-binary checkbox option, while the other now has a fill-in-the-blank for “sex,” instead of only male and female boxes. But one form had not been updated until a PublicSource reporter made an inquiry in November. Like most districts in Allegheny County, Bethel Park School District does not have a separate transgender or gender-inclusive policy or include gender identity and expression in its nondiscrimination policy.

Vicki Flotta, Bethel Park’s director of public relations, did not say if the district is considering adopting those policies. She said the district has policies to address bullying and harassment and relies on guidance from legal counsel and the Pennsylvania School Boards Association on policy updates. "It is our belief that every student and staff member has the right to feel comfortable in our schools, and we will continue to update and improve our policies and procedures," Flotta wrote in an email.

While R’s school has been supportive, she said she still experiences bullying at school. “I get called a lot of harsh things just because people don't understand. They just don't know what to call me, so they call me something mean," she said.

R isn’t alone. In a 2019 survey from The Trevor Project, a national LGBTQ youth mental health advocacy organization, 78% of transgender and non-binary youth reported being the subject of discrimination due to their gender identity.

R thinks if more people were knowledgeable and accepting of what it means to be non-binary, she would be bullied less and treated more fairly.

"I wish that kids who were non-binary got all the same things as kids who are male or female,” she said, like a box of their own on forms. “I wish that everybody could know what it means so that they don’t call kids mean names just because they’re non-binary.”