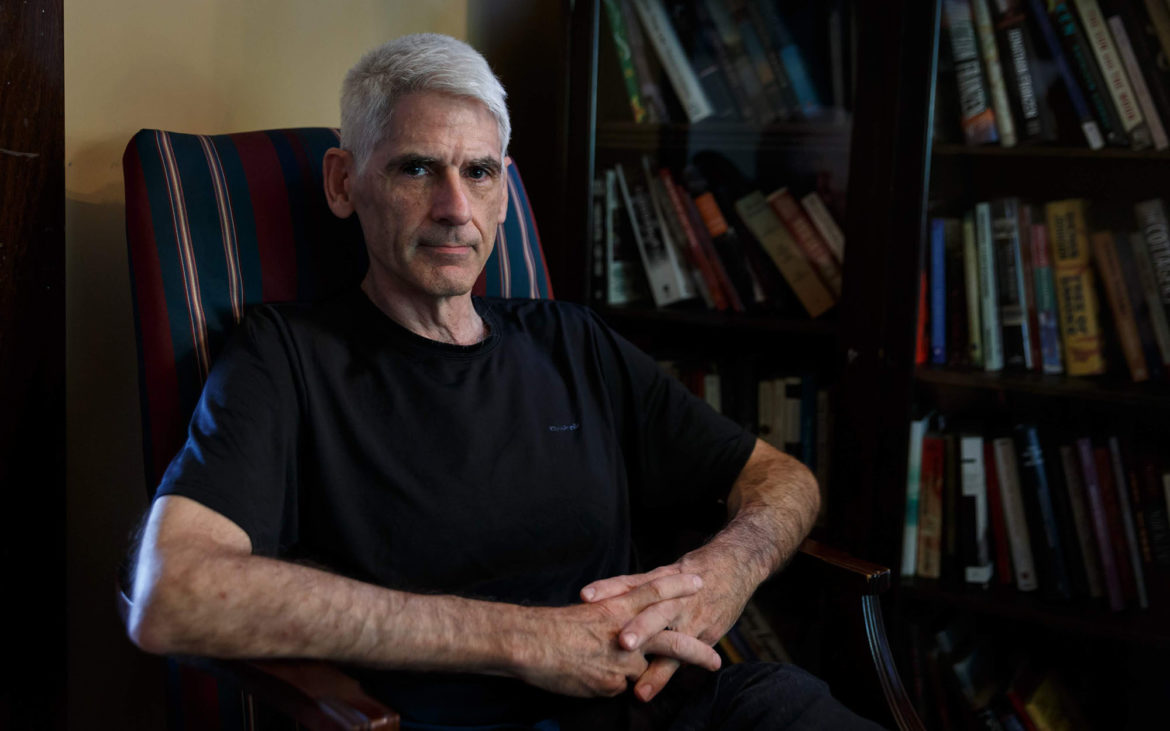 I founded the Martin Luther King, Jr. Day Writing Awards at Carnegie Mellon University back in 1999. Each year, the award winners attend an event to read their writing, receive a plaque and take a group photo. As I write this, I’m looking at the group photo taken earlier this year — all of the winners along with a few university administrators on either side. And in the center back, you will see a ghostly old white guy who looks photoshopped into the picture. That would be me. 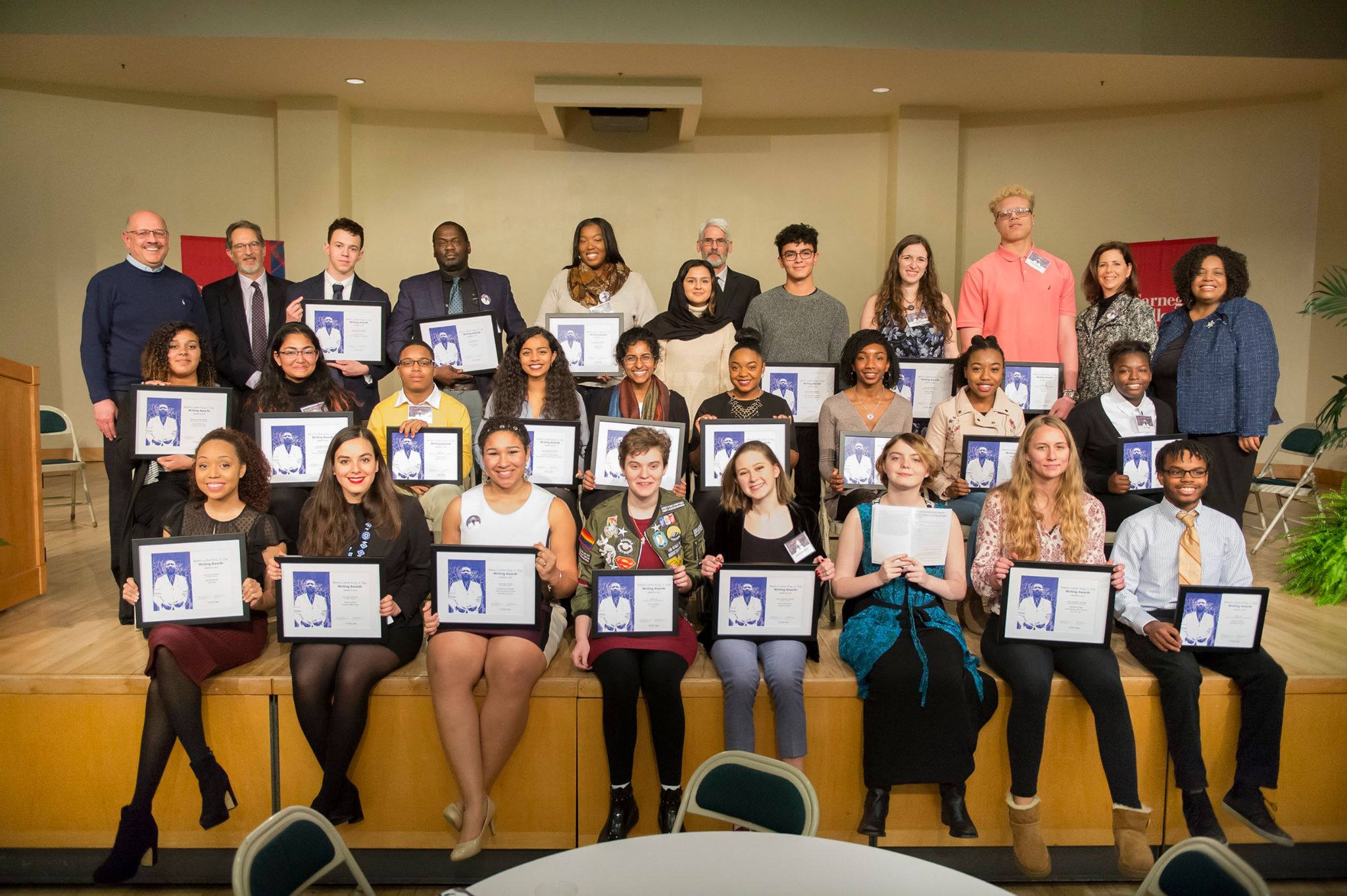 I should explain first what the writing awards are: a writing contest open to all high school and college students in the Pittsburgh area. We seek personal narratives dealing with racial and cultural differences and discrimination rather than the safer, less personal reflections about how Martin Luther King, Jr. was a great man and how racism is bad. Given my background, I know how easy it is to spout platitudes about unity while safely ignoring personal complicity and complications. When it comes to writing about minorities in America, us white folks quickly become the minority. We have the choice about whether we want to write about race or not, and many of us choose not to wake up those slumbering ghosts in our closets or wherever we've conveniently hid them.

When I think of my slumbering ghosts, I think of novelist and social critic James Baldwin, who did the favor of waking them up for me in Fall 1979 in Bowling Green, Ohio, of all places, where he was teaching a course called Readings in Contemporary Fiction — a course in which he challenged me and other students in the class to examine our own pasts more honestly in terms of race. At the time, I wasn't ready to do that. I'm a slow learner.

I'm a slow learner. That's an easy way out. Like saying that racism is bad, that Martin Luther King, Jr. was a great man.

In 1989, I began writing the longest poem I had ever written. About race. I had repressed so much. I kept adding to the poem. I published that poem in 1993. In 1995, I published an anthology titled, “Letters to America: Contemporary American Poetry on Race” in 1994. Both of these projects were what I call late letters for Baldwin's class.

The first federal King holiday was in 1986. It took until the year 2000 for all states to recognize the holiday. We are slow learners.

1999. I started the writing awards at Carnegie Mellon, trying to do at CMU what I tried to do with the anthology: bring people into a room to talk about what so often divides us. In the case of the writing awards, a physical room — Rangos Hall, where the group photo was taken.

One of my favorite moments of the awards ceremony occurs at the very end when all the winners gather for this group photo. Yes, perhaps part of my appreciation of this moment is the incredible relief I feel at having gotten through another year of the awards without any major disasters. As the host of these awards, I feel exposed — an old white guy, very different from all of the winners in many, many ways — and I’m a nervous wreck by the end of the ceremony.

For example, when a student writes a piece about how people mispronounce their name, I, Jim Daniels, owner of one of the most boring names in the world, better get the name right when introducing them.

The group photo is one of my favorite moments because while the official photographer is calmly arranging us on stage, everyone is mixed together in wonderful randomness. Well, yes, the shorter people are in front, the taller in the back, but you know what I mean, right?

I'm not sure you know what I mean. You could be very short or very tall. You could have been discriminated against based on that. Assumptions could be thoughtlessly made about you in your daily life. My son is a 6-foot-5 gay man. He knows. He's never been good at basketball. But he likes to shoot it around casually with friends. He likes sports. He's a complicated guy. He does stand-up comedy about being gay.

I am a 61-year-old white guy who grew up near the border of Eight Mile Road on the white side of Detroit, so I've had a lot to learn and I keep learning it. On a personal level, I continue to be humbled by the writing of these students who have so much more compassion, empathy and self-awareness than I ever did at their age. 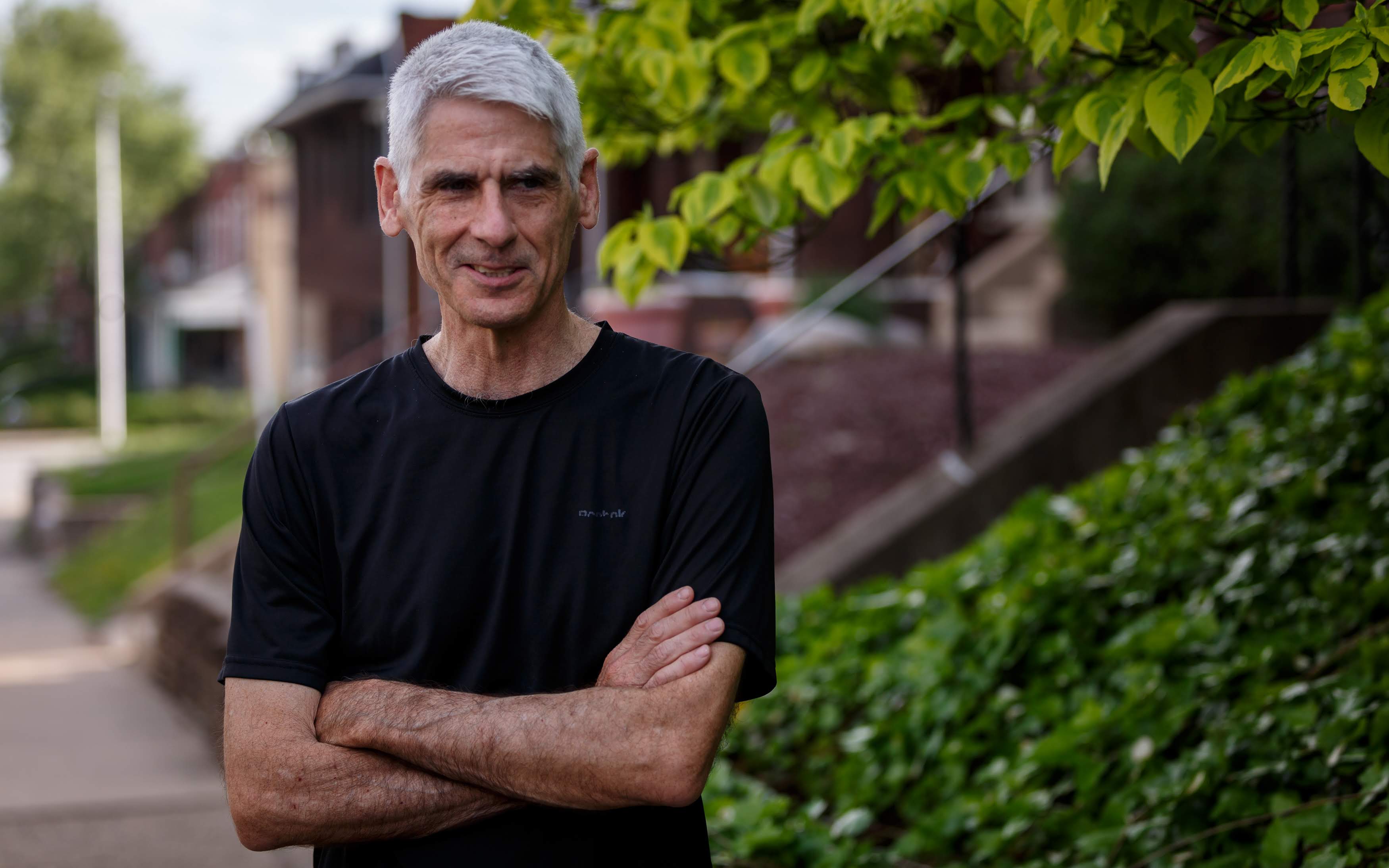 Jim Daniels writes that he took a class from novelist and social critic James Baldwin in Fall 1979 in Bowling Green, Ohio. The course was called Readings in Contemporary Fiction — "a course in which he challenged [Daniels] and other students in the class to examine our own pasts more honestly in terms of race." (Photo by Maranie Rae Staab/PublicSource)

In Fall 2017, I edited “Letters to the Dream: The Best of the Martin Luther King, Jr. Day Writing Awards,” published by the Carnegie Mellon University Press. This anthology, an attempt to keep the important stories of these students alive. This anthology, another late paper for Baldwin.

That annual group photo is one of my favorite moments because as we pose for the university photographer, he becomes surrounded by other photographers — friends and family members of the students. They look happy, buoyant even, taking pictures with their phones or old-fashioned cameras. They look proud. I would like to take a photo of those people taking photos.

Never in a million years will this diverse group appear in a photo together again. Probably not anyway. In the photo, they sit or stand, nearly shoulder to shoulder, holding their framed certificates with their names spelled correctly.

If you looked at this picture and were asked to pick out someone who does not belong, it would be me. I, who have belonged my whole life, with all the privilege of a white man in America. When I think of my friends from high school seeing this, I imagine their puzzled looks, wondering what I’m doing on a stage full of diverse, young people from a wide range of backgrounds — none of which I share? Why am I smiling?

I am not smiling in the photo, though my memory is that I was smiling. I wanted to be smiling. I think I avoided smiling because I was continuing to take in all of those powerful words. And perhaps I am wary of seeming self-satisfied when there is so much work to do, when we've just heard some awful stories of discrimination, and I am an old white guy who has no rights in this matter. A slow learner.

I have not lit the Secular Saint candle, but I believe I will someday.
The writing awards have not been without controversy. Which is good — again, better than taking the easy way out. But I have not always managed these controversies well. I am saving the candle for when the next controversy arises.

When I think of the history of the writing awards, I zoom in on a moment in 2015 when Amma Ababio, an immigrant from Ghana, broke down in tears while reading her first-prize essay, "The Ink that Gives the White Page a Meaning." She gathered herself and began again. Then, she broke down again. I approached her and offered to read the rest of the essay for her. She was having none of that. She composed herself and soldiered on, finishing her essay. It was not my essay to read.

If this is a version of a story I have told before, I do not apologize for repeating myself. I continue to add to the story. This is Jim Daniels, reporting live from the back row in Pittsburgh.

Jim Daniels is a poet, writer and has been teaching creative writing at Carnegie Mellon University since 1981. He can be reached at jimdaniels@cmu.edu.

4 thoughts on “I’m a slow learner when it comes to race, but I’m trying.”