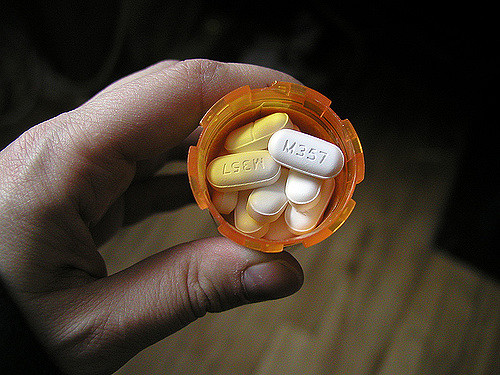 One out of every 11 organ donors is a person who has died from a drug overdose.

This statistic is according to new government data reported by The Washington Post. The trend is a combination of rising drug-related deaths and efforts by advocates to spread the message of organ donation to more communities, even marginalized ones, according to the article.

"The increase in donors ... is pretty substantial and not really anticipated," said David Klassen, chief medical officer for the United Network for Organ Sharing. "A significant part of it can be explained by the drug overdoses as contributing to it, but not all of it. There's a lot of effort in the transplant community to increase donation and awareness of seeking every last donor and try to be as efficient as possible."

The proportion of people who have died of a drug overdose and become organ donors has spiked dramatically — a 50 percent increase in five years, according to a Post analysis of data provided by the U.S. Department of Health and Human Services.

Most organ donors die from strokes, head injuries or heart issues. In 2015, about 850 organ donors were victims of drug overdose, according to the story. Heroin and prescription painkillers are driving the opioid epidemic.

You might be wondering how a drug user’s organs could even be viable for donation.

But using organs from a drug user is not a recent development. It’s been accepted for decades so long as they are treated as high-risk cases and the recipient gives consent. The organs are tested for HIV, hepatitis B and hepatitis C.

"These organs help people and the risk of contracting an infectious disease from them is very small compared with other risks in transplantation,” the study's lead author, Dorry L. Segev, said [in 2011 after publishing a study about transplant centers]. “There is ample evidence that many patients are better off receiving organs from high-risk donors than waiting for a different organ, but that’s not what’s happening in many transplant centers.”

More than 121,000 people in the United States are on the transplant list, 15 percent of whom need one to avoid death.

"It's a horrible situation," Klassen said. "But the transplant donation is a way of potentially salvaging some good out of an awful situation."