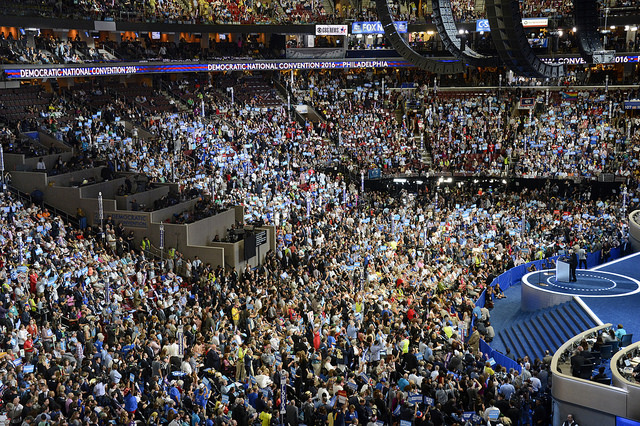 Getting a bump in the polls after the Republican National Convention, Donald Trump would win the presidential election if it were held today.

Trump has taken slight leads in the three most important battleground states: Florida, Ohio and Pennsylvania, according to the latest election model by FiveThirtyEight.

However, their snapshot only includes how the election would turn out today, and Clinton should get a net positive boost in the polls through the first two weeks of August following this week’s Democratic National Convention in Philadelphia, according to Nate Silver, the editor in chief of FiveThirtyEight.

After the convention, Clinton and vice presidential nominee Tim Kaine, a Virginia Senator, will hold events in Harrisburg on Friday and Pittsburgh on Saturday. They will then travel to Ohio for events in Youngstown and Columbus.

They will attempt to counter Trump’s rust belt strategy of targeting voters in Ohio, Pennsylvania, Michigan and Wisconsin. Last month, Trump gave a speech on economic policy in Monessen, an economically-depressed town along the Monongahela River an hour south of Pittsburgh.

The last time Pennsylvania voted for a Republican presidential candidate was for George H.W. Bush in 1988. In the last six presidential elections, the state has voted for the Democratic candidate. There are demographic and voter registration trends over the past 16 years that might suggest Trump could win Pennsylvania, according to the National Review.

There was also a surge in Republican voters registering before Pennsylvania’s April primary.

Given current trends — and presuming that the campaign makes an effort to expand beyond his core voters — I could see Trump winning all but Erie, Lackawanna, Centre, Allegheny, Montgomery, Delaware, and Philadelphia counties, and squeaking by with a 1 to 2 percent victory.

According to FiveThirtyEight’s election model, Trump is leading by 1 percent in Pennsylvania.