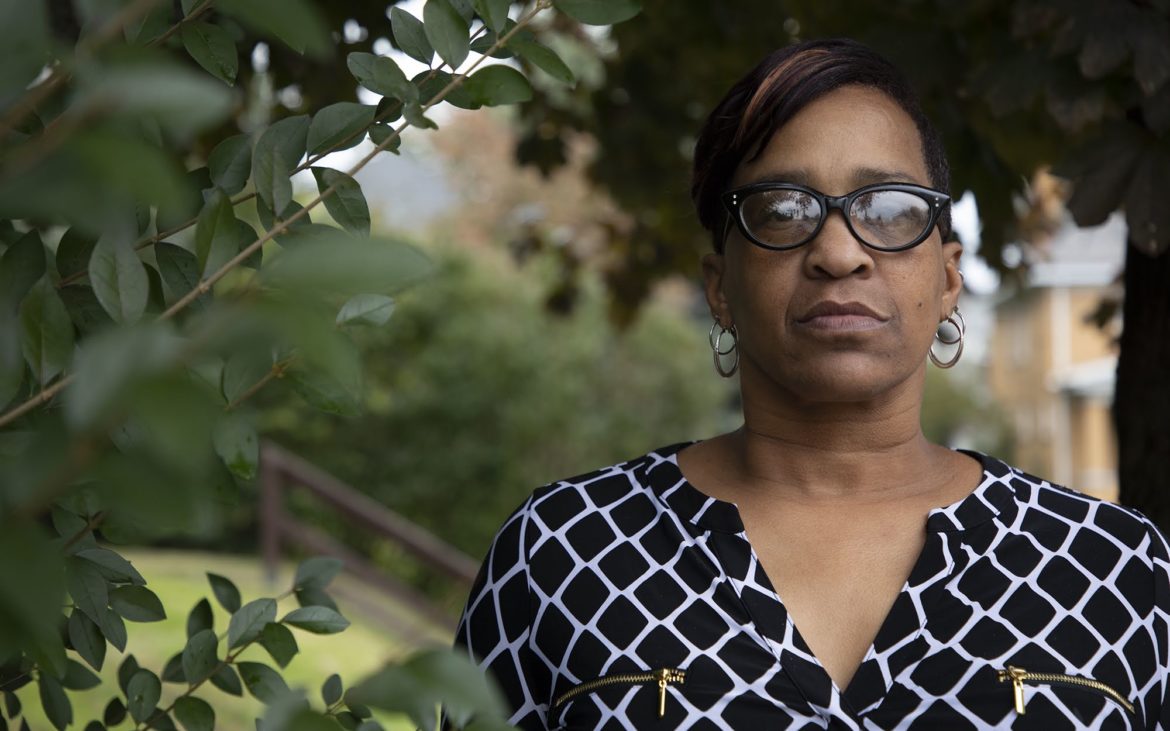 I served roughly 16 years in the Muncy State Correctional Institution for possession with intent to deliver crack cocaine. All those years in prison pale in comparison to the 17 days I spent in solitary in 1992.

Only two months into my time, I was sent to the segregated housing unit [the SHU]. My infraction: I had two onions in my room. Two onions. You’re not allowed to have kitchen food in cells; it usually means an inmate working in the kitchen stole the item and sold it.

First, I received a write-up and, within 3 days, I stood in front of the “Decision Team.” They were there to determine my fate. Would I get extra work? Or would I go to solitary? How many days will I be in the hole if I do? It seemed that first-time offenders usually just get extra work, roughly seven to 14 days of picking up cigarette butts, cleaning the kitchen or anything else they could find for you to do. This is supposed to teach first-time offenders a lesson.

When I went in front of the decision team for my first time, they gave me 21 days in segregated housing. At first, I wasn’t too concerned. I didn’t know what was to come.

The correctional officers took me straight to my cell in solitary. It looked like something from the movies: an old dungeon. The officers took me to the back of a room and said, “Take off your uniform and put this jumper on.” I changed out of my blue shirt and blue pants and pulled on an orange jumpsuit. They handed me a sheet and a thin gray blanket. We walked to my cell.

For some reason, I wondered who my roommate would be. I had gotten used to having one. We got to the third floor of the dungeon, and the guard opened the door. There was a steel toilet, a steel sink and no roommate. The door slammed shut. Immediately, loneliness crept in.

Though I was alone within my four walls, it was extremely loud. I could hear people calling out to other people. Someone was singing. Another person was calling the guard every name but the child of God. All the noise kept me kind of entertained for several hours. Dinner came. The noise persisted.

Maybe an hour or so after dinner, the dungeon became eerily quiet. At the time, I didn’t know 95 percent of the ladies in the SHU were on medication to get them to sleep. The other prisoners knew the ropes. They knew how to deal with the night. I think I stood at the gate of my cell for hours, trying to hear the others and not feel so lonely.

Eventually I laid down and went to sleep. 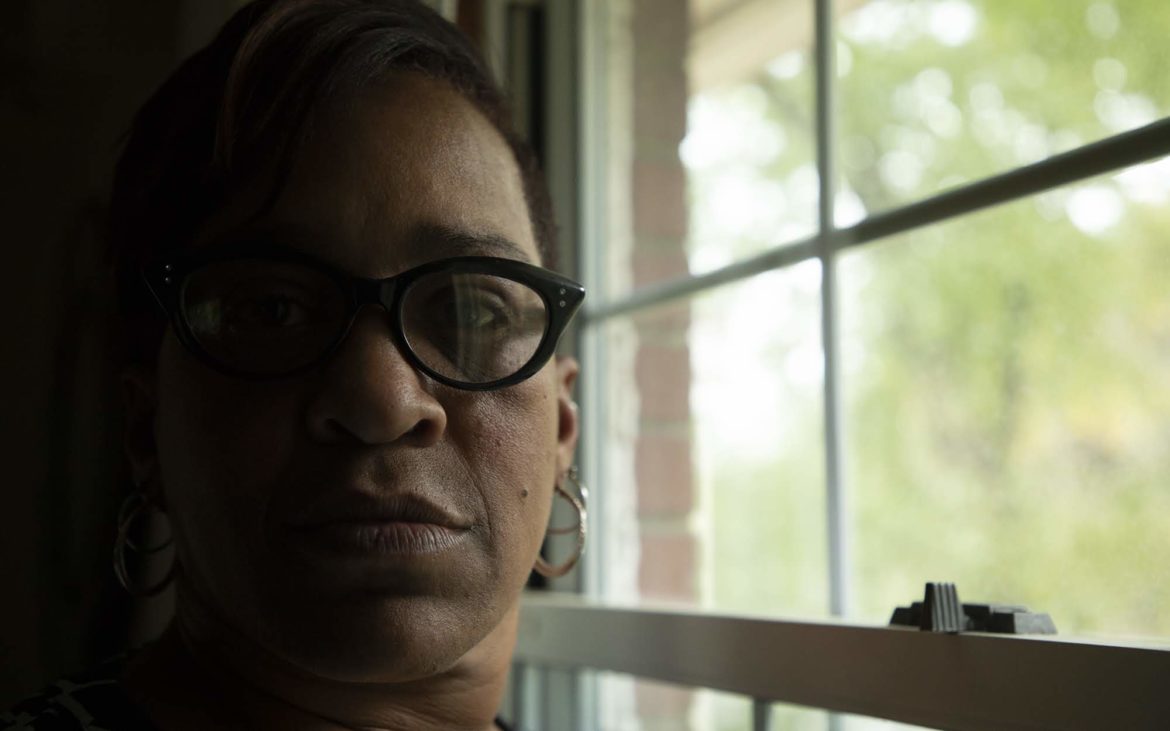 Finally, the second day came around. The lights turned on. I smelled the trays of food. The officer hollered, “Be at your door for your tray!” I could not see who was coming from the left or the right. My food appeared through a slot in the door.

I remember sitting there, thinking, “Is there someone I could talk to to help me get out of here?” I remember feeling desperate. I was anxious. An hour after breakfast, the others in solitary were up and the noise, the hollering, the screaming, was in full force until medication time.

When the officer came to take my tray, I asked for a pencil and paper. They gave it to me. I used it to write a note. “Can I talk to a counselor?” I gave it to the guard.

The counselor came two days later. She would only talk to me through the door. I wanted to ask her, “How can I get out of here? There had to be a mistake with the decision board to sentence me to 21 days.”

I didn’t want anyone to hear me say that, though. So instead I said, “Oh wow! Glad it wasn’t an emergency. Never mind. I don’t wanna see you now.”

She gave me a dirty look and walked away.

I balled up my sheet and cried. I cried and cried because I knew someone made a mistake. I didn’t know who could fix it. I became extremely depressed. I never got a chance to tell my daughter and my family that I wouldn’t be calling for 21 days.

Are they worried and calling up here? Will they think I just stopped caring?

The prison let me out of solitary after 17 days. I emerged a different person. Hardened. I started talking to myself little by little. I remember telling myself to never, ever do this in front of people. That didn’t work. I would slip sometimes. People would ask me if I was talking to myself. I would lie. I would say I was just figuring out what I’m going to say when I call home or what I’m going to say in court.

I am not sure if anyone believed me.

Finally, I was released from prison in 2007. After some time in the halfway house at Renewal Center, I came home to Broadhead Manor in the Fairywood neighborhood of Pittsburgh. Even though my home life was calm, the smallest things would send me to a dark and scary place. I would think to myself, “This is it. I am mentally gone.”

One of the things that would freeze me in my tracks and make me short of breath was traffic lights.

The bright red, yellow and green colors made me feel like I was getting sucked into a vacuum. I would panic.

“I need help. I can’t cope out here without it. I’m lost and, most of the time, afraid.” 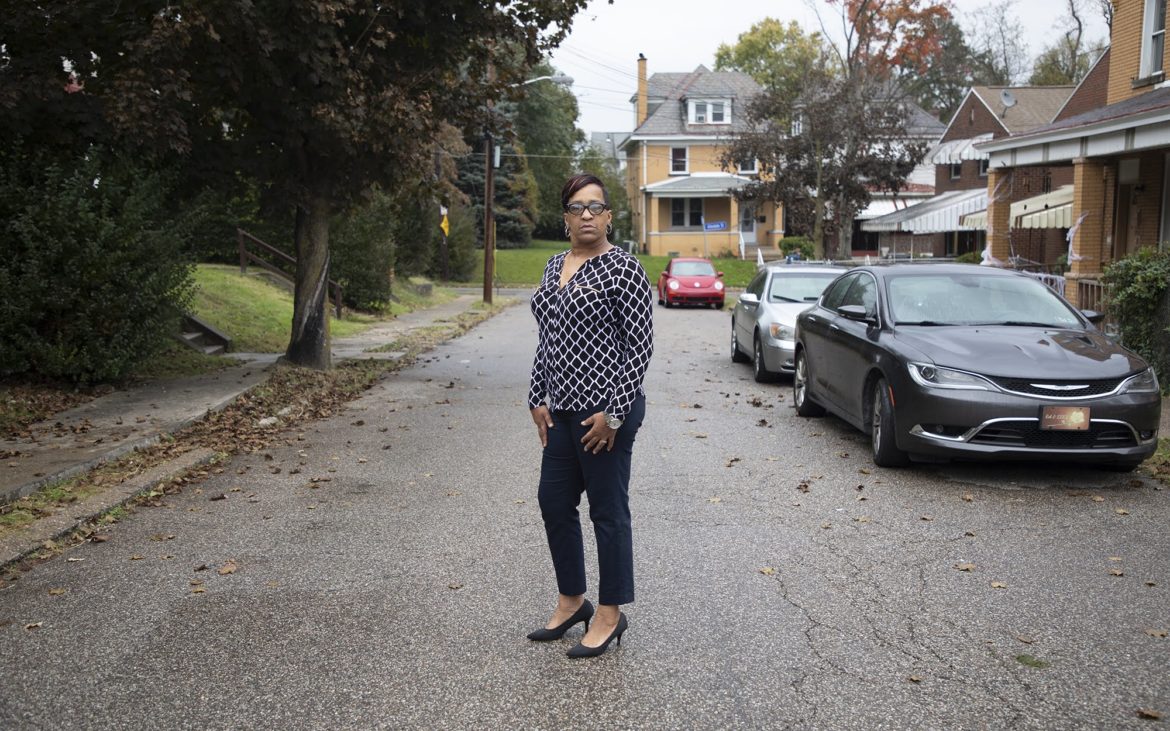 Teresa Minor Spencer spent 17 days in solitary confinement in 1992. She says that it forever changed her. (Kat Procyk/PublicSource)

I still don’t know how spending time in solitary and prison in general led to these fears. What I do know is that I needed help.

I remember sharing my concerns with a counselor at Renewal. “I need help,” I told the counselor. “I can’t cope out here without it. I’m lost and, most of the time, afraid.” I think this revelation shocked her because I always seemed relaxed, fun and talkative. It was when I had to look for a job or housing or when I attended Narcotics Anonymous meetings that I experienced panic attacks and overstimulation.

Renewal sent me to a psychiatrist in the building of Bethlehem Haven in Uptown. I saw her twice a week until I stabilized. I did that for nine months. It was the best thing I ever did for myself.

That confession of “I need help” saved my life. I am absolutely convinced I wouldn’t have survived without psychiatric treatment and support. I learned how to think things through. The nine months with my therapist gave me a new outlook on who I am and which direction is best for me.

On my last day in treatment, my psychiatrist gave me a cake and a sticker that said, “The World is Waiting.”

I needed the safety net of psychiatric help to deal with the effects of solitary. I believe it was the only path to re-entering society. And, I believe sharing stories like mine is important.

Since getting out of prison, I have dedicated my life to bettering my community. I now live in Sheraden. Since May, I have served on the Democratic committee for Pittsburgh Ward 20, District 12. I have volunteered countless hours, from participating in neighborhood cleanups to educating Pittsburghers on the effects of incarceration. I founded West End P.O.W.E.R., a grassroots nonprofit committee focused on addressing community needs and concerns. And, for the White Lily Baptist Church, I serve as director of community engagement, connecting residents to the activities that matter to them.

I got into politics because of my concerns of how the system works against us, and I plan to continue my political journey to fight for better policies. Even if you’ve never been in solitary or don’t know anyone who has, I hope you’ll join me in advocating for people who’ve endured it. Someone has to watch out for them.

Teresa Minor Spencer, a community activist and coordinator, can be reached at 1terriminor@gmail.com.

This story is part of a series produced by Brittany Hailer, a Justice Reporting Fellow for the 2018 John Jay/Langeloth Foundation Fellowship on “Reinventing Solitary Confinement.” She can be reached at bhailer08@gmail.com.