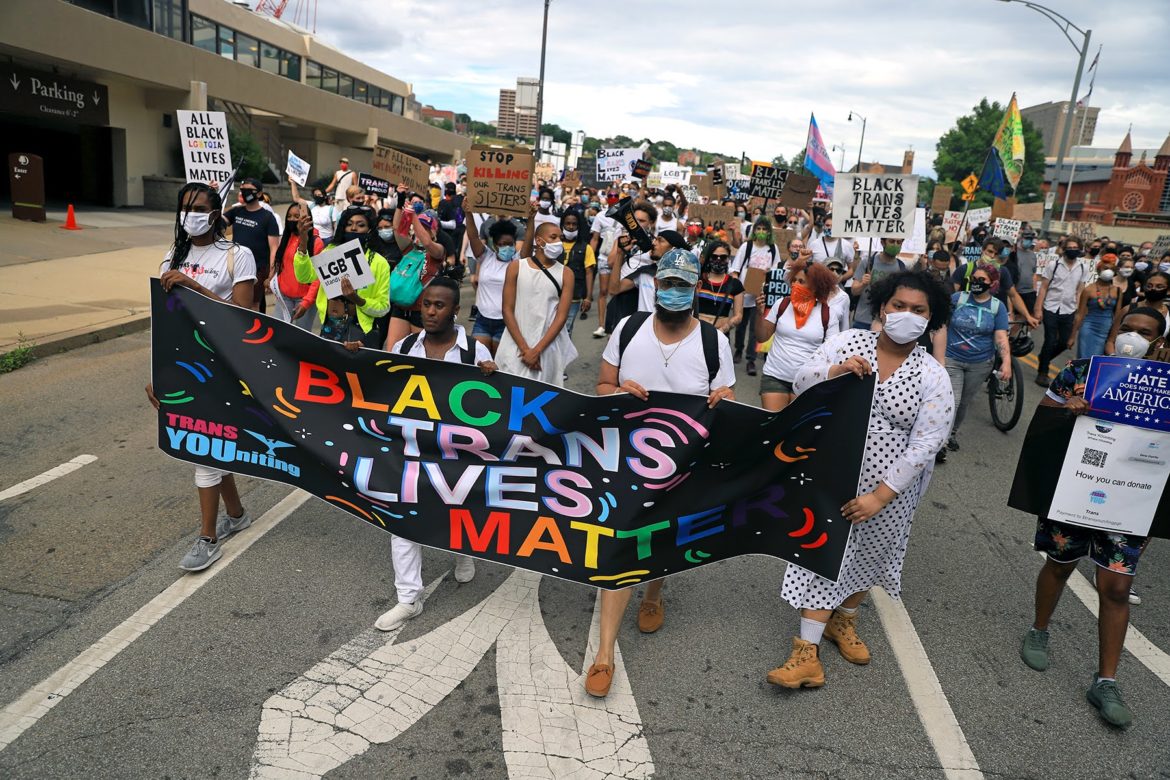 Hundreds of people march down Centre Avenue holding signs, flags and banners during the Pittsburgh Action for Black Trans Lives on June 18, 2020. (Photo by Jay Manning/PublicSource)

On the eve of Juneteenth and following a historic Supreme Court victory for LGBTQ rights, hundreds of demonstrators gathered in the Hill District Thursday for a rally and march seeking justice for the Black transgender community.

The rally, convened by TransYOUniting, marks the 20th day of protests in Pittsburgh against racism since a former Minneapolis police officer killed George Floyd last month. Demonstrators met at Freedom Corner with a route planned through Downtown to the City-County Building.

"It doesn’t matter if the law says you can't get fired for being trans if you aren't hiring trans people," Jones said after the demonstration.

On Monday, the U.S. Supreme Court ruled that gay and transgender workers are entitled to workplace protection under the 1964 Civil Rights Act. Before the ruling, Pennsylvania employers were not barred from firing LGBTQ employees for their orientation or identity.

Last Friday, about 200 people joined a march and candlelight vigil in McKeesport for Aaliyah Johnson, a transgender Black woman who died in May.

During the COVID-19 pandemic, local LGBTQ organizations have reported an increase in need and a strain on resources.

Below are photos from the Pittsburgh Action for Black Trans Lives: 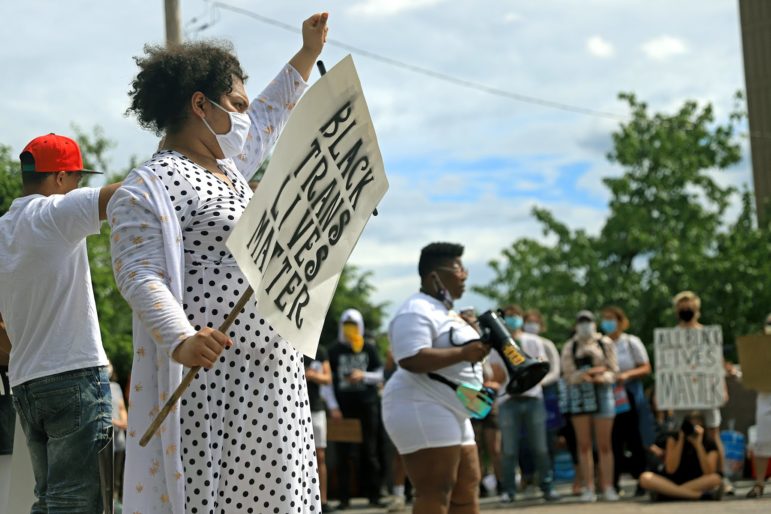 Hundreds of demonstrators gathered for a rally and march in support of Black transgender rights on June 18, 2020. (Photo by Jay Manning/PublicSource) 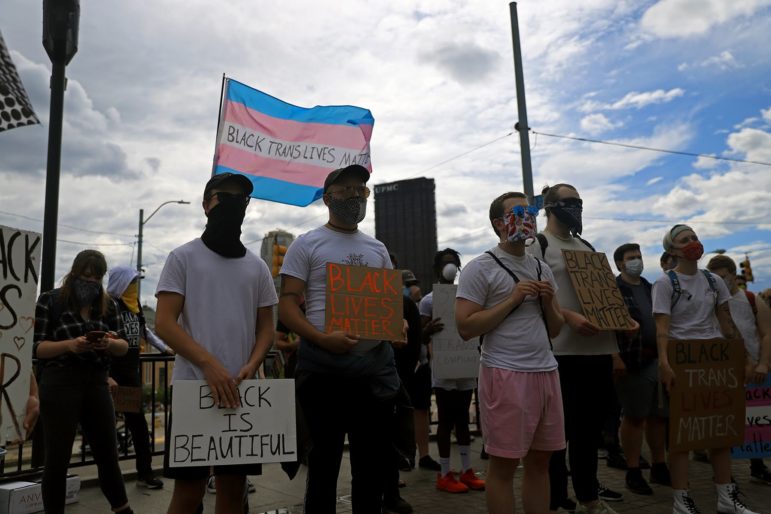 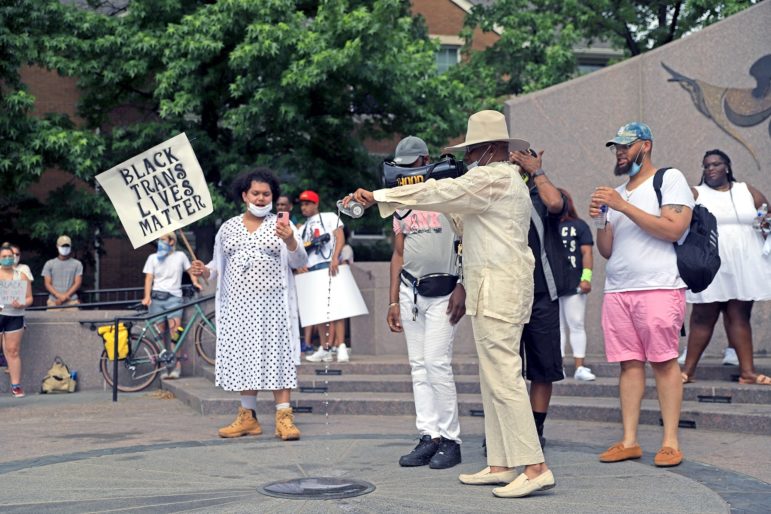 Pastor Deryck Tines pours libations for lives lost to police violence as he addresses people at the Pittsburgh Action for Black Trans Lives on June 18, 2020. (Photo by Jay Manning/PublicSource) 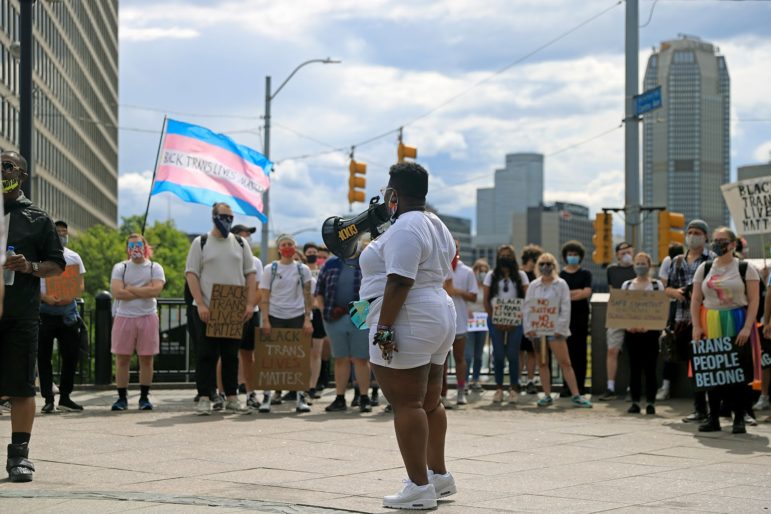 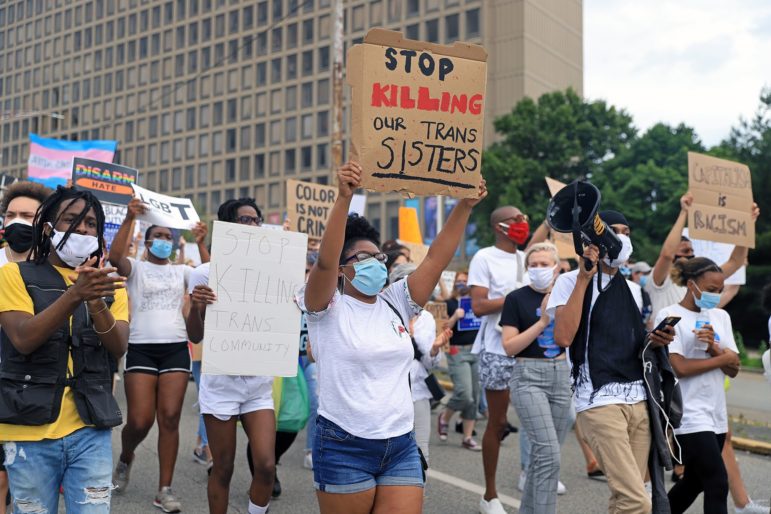 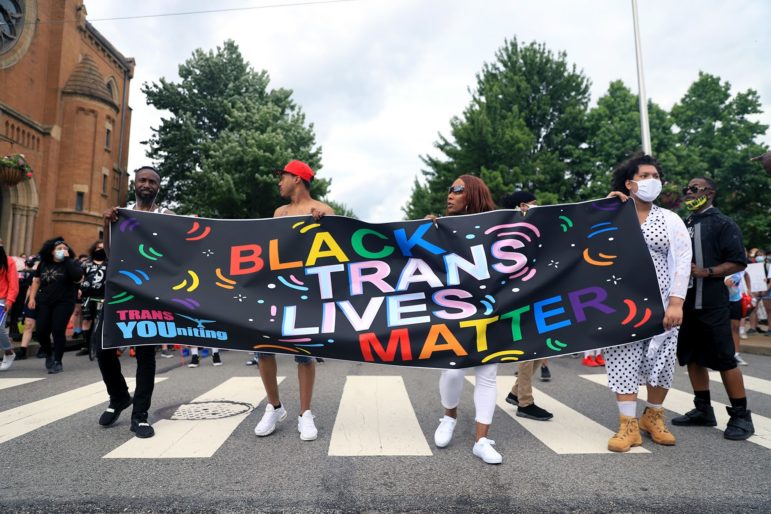 Jay Manning is a visual storyteller/producer for PublicSource. He can be reached at jay@publicsource.org.