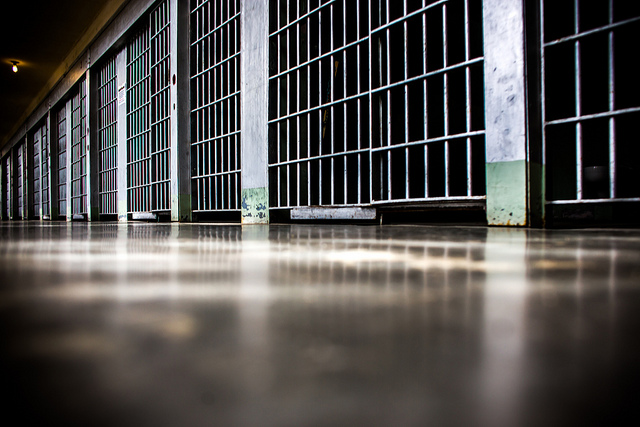 Nearly a third of the nation’s 1.56 million inmates have at least one disability, and a new report by a protection and advocacy group states that many prisoners with disabilities are serving more time, under harsher conditions, because of their disabilities.

Amplifying Voices of Inmates with Disabilities [AVID], a project of Disability Rights Washington, released “Making Hard Time Harder” to illuminate the struggles prisoners with disabilities face inside correctional facilities that don’t provide adequate accommodations. Disability Rights Pennsylvania contributed to the report, sharing the progress it has made in advocating for state prisoners who are deaf and hard of hearing.

The report, in general, concluded that inmates with disabilities are often incarcerated for up to 15 months longer than people who have committed similar crimes, receive more sanctions, have less access to positive programming and are four times more likely to suffer from psychological stress than the general prison population.

The report digs into numerous cases where inmates seek to access programs and services in state prison systems to no avail, noting that despite the passage of the Americans with Disabilities Act (ADA) more than 25 years ago, state and federal institutions have much work left to bring facilities up to par.

Brenda Charity, a 71-year-old inmate at Denver Women’s Correctional Facility, told AVID that she was denied access to a walker she needed to move around freely for three weeks:

I've always been told by my doctors outside that if I try and use the elliptical, do light weights — that helps my circulation and my heart. So, I was on the elliptical and doing five-pound weights, trying to lift to strengthen myself, and my accommodations were taken away because of that. Each time I would send in something to ADA, medical would send it, “Well, we saw her exercise. That's why we took it. If she can exercise, she doesn't need it.”

Because Charity was denied access to a walker, she often fell and injured herself while walking. Eventually, she avoided going to meals because it was too difficult to get there.

Tyrone Gathings, a prisoner at Coyote Ridge Corrections Center in Washington, has a vision disability called retinitis pigmentosa, which leaves him so disoriented that he occasionally wanders into the wrong cell. He told AVID that for nine months he waited to see an eye doctor, and he is yet to receive the magnifying lenses and special light lenses his doctor ordered for him.

Rachael Seevers, an attorney with the AVID Prison Project, considers these instances a secondary form of punishment.

“Inmates shouldn’t be subject to these additional forms of punishment simply because they have a disability,” Seevers writes in the report.

Title II of the ADA states:

No qualified individual with a disability shall, by reason of such disability, be excluded from participation in or be denied the benefits of the services, programs, or activities of a public entity, or be subjected to discrimination by any such entity.

In the 1970s, the United States established the Protection and Advocacy System [P&A] to create a network of advocates on behalf of people with all kinds of disabilities. The Administration for Community Living reports that there are 57 P&As in the country and its territories.

P&As have the authority to monitor the conditions in which people with disabilities live, including those that are incarcerated. AVID’s report notes that these advocacy groups should work at the inmate level, providing people with information about their rights; at the corrections level, residing over specific institutions; and at an administrative level, to litigate class-action lawsuits.

Maureen Cronin, executive director of the Arc of Pennsylvania, an advocacy organization for people with intellectual and developmental disabilities, weighed in on the value of P&As:

We are grateful that we have a Protection and Advocacy system in each state that can be the voice of inmates with disabilities and to hold our prison system accountable to the rights outlined in the Americans with Disabilities Act. We believe that this report is another example of the injustices experienced by people with disabilities in their everyday lives.

The report lists several recommendations for both state and federal governments, including increasing funding to P&As for corrections-based monitoring and advocacy as well as mobilizing collaboration between staff members and local P&As to address inmate welfare.

Disability Rights Pennsylvania, the state’s P&A, has worked with state prisoners who are deaf or hard of hearing.

“... They were not being provided with effective communication or access to the prison’s services and programs. As a result of the P&A’s advocacy, the state prison system holds regularly scheduled meetings with prisoners who are deaf or hard of hearing so they can discuss their concerns with correctional staff, provides access to TTY phones on the same basis as phones are provided to prisoners without disabilities, and provides more expansive access to video interpreting services for medical services, counseling, and classes.”