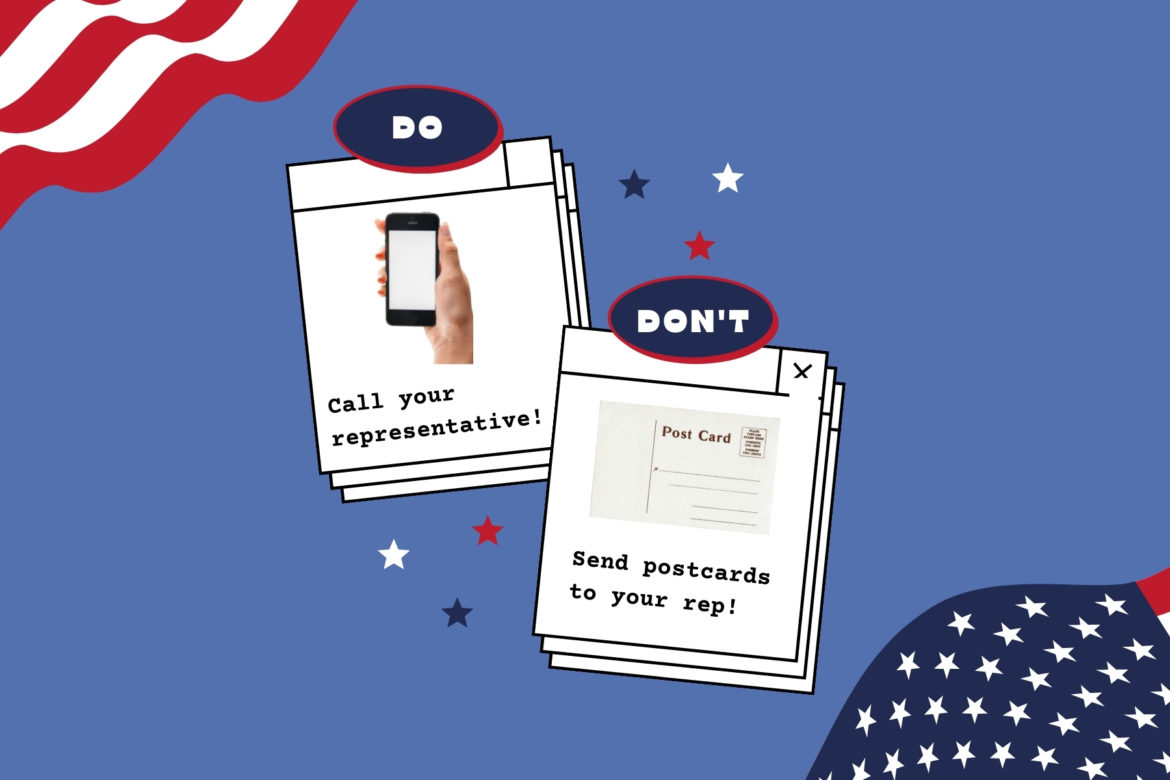 How many times have you heard: “Call your representative” or “Go out and protest” or “Sign this online petition” or “Tweet at your representative using a hashtag #soandso”? Have you ever wondered if any of these things even work? Is your voice actually being heard?

I have a few tips for you. As a resident office intern for Rep. Mike Doyle during the summer of 2019, I was mainly responsible for handling constituent concerns. Through that experience, I saw and learned about the most, and least, effective ways to reach your representatives. Here are some things you should do and some you should avoid to make sure your voice is heard. 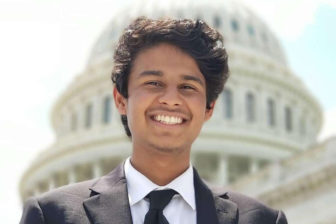 If you are like me, you’d rather text than call. But calling your congressperson is still the best way to make sure you are getting their attention. I took many calls as an intern, but there are times when everyone in the office answers phones — including the elected official you’re ultimately trying to reach. If there’s an intern, they’ll be the first to pick up the phone. If the intern is busy, next, you’d speak to the staff that work the front desk. Then the senior staff. And finally, if everyone else is busy answering calls, you may get the representative directly on the line.

It’s likely that the moment a staff person hangs up, they’ll ask others in the office if they’ve gotten similar calls today. If they have gotten a large number of similar calls, then there is a good chance the congressperson will hear about the issue.

Emails usually get organized into batches by the subject matter and issue at hand. The more emails get put into a categorized batch, the more they’re likely to get noticed. If there is a specific policy concern that blows up a batch it is organized in, then conversations are sure to happen around the office. Those conversations will eventually make it into a meeting with the congressperson.

DO go to town halls

Staff working for congressmembers spend months planning town halls, where constituents get face-to-face time with their elected representatives. If you live in a competitive district — and more than likely you do as even safe seats can have competitive primaries — you can directly challenge the common wisdom of the congressperson. They know that you, a voter, hire them and can fire them. If there is an angry person that can fire you, you will listen to what they have to say. That said, congressmembers must consider competing interests and decide which decisions best represent the constituents who elected them.

Staffers are public servants — servants who are not paid well enough to live comfortably in an absurdly expensive Washington D.C. As with every other public-facing job, working for a politician can be destructive to your mental health, especially if people living in the district scream at you for eight or more hours a day. Besides, if you, a voter, come out sounding angry, staffers will take you less seriously because they’ll be more likely to think of you as just another fanatical person. Be polite.

I’ve been a part of Facebook groups with great intentions about sending mass postcard campaigns to convince their congressmember to vote for or against their causes. These are not dealt with by senior staff most of the time. The volume doesn’t matter since these postcards are typed onto the online system and batched into the same software as emails. What you’ve done instead is made an intern type everything out all day and killed several forests in the process of creating and sending the postcard. Just send an email instead.

DO be realistic about the impact of online activism

In this vein, activism on social media channels and through online petitions can be a great way to inform and engage your friends, family and the general public on the issue you care about. However, if these hashtags, posts and petitions aren't turned into calls and emails, they seldom amount to anything. Some staff duties do involve monitoring and engaging with constituents on social media, but hashtags alone don't accomplish change. It’s possible that things have changed since my time as an intern. Hashtags, Twitter mentions or Facebook tags may be more powerful now than ever. What remains true is the importance of calls and emails as the best way to reach your representatives. Social media posts coupled with emails and calls can be great tools to organize online around your cause.

DON’T write to congressional leaders outside your district

This is a hard one to swallow, but unless you live in Kentucky, Mitch McConnell does not care what you think. I was told explicitly to delete emails from people from outside the district. I had to check the address to make sure a person writing actually lived in the district before I put their message in the system. Representatives are going to spend time on issues they’re hearing about from their district. Try and convince a voter who does live there to call or email instead.

When organizations try to do mass write-in campaigns, they will often use branded forwards, which contain the same text and letterhead. These can make you feel great because they’re very quick and gratifying. And in an emergency, they can be great. But it sends the message that the issue you are advocating for isn’t grassroots. A useful trick can be to just copy the text into your own email and change the words a little.

My tips are not to discourage you from contacting your congressmember, it’s the opposite. If you don’t like something, call them. Just remember that they work for you, and you shouldn’t be intimidated by them. Your vote and voice matter. You have the power to hire or fire these people.

One of the most important takeaways from my time as an intern and a voter, was the realization that resident voices do matter. I know our government can seem daunting. It’s a $3 trillion behemoth, which seems out of our control sometimes. However, once a critical mass of people care about an issue, those concerns are taken seriously.

As an example, one of the biggest issues during the summer of my internship was the growing number of Democratic members of Congress calling for the impeachment of then-president Donald J. Trump. Initially hesitant to call for impeachment, it seemed like Rep. Doyle came out in favor of an impeachment inquiry once the number of calls grew and he chose to take a stand. The congressman said at the time that his view changed when it became clear the administration wasn’t cooperating. In my view, the massive amount of citizen calls, letters and comments at town halls no doubt made a difference.

Avishek Acharya is a senior at Duquesne University majoring in political science and history. He worked as an intern for Rep. Mike Doyle in the summer of 2019. He was also an intern at the Heinz Endowments and has worked as a long-term volunteer for the local community organization of Bhutanese Community Association of Pittsburgh.  Send him a comment at firstperson@publicsource.org.