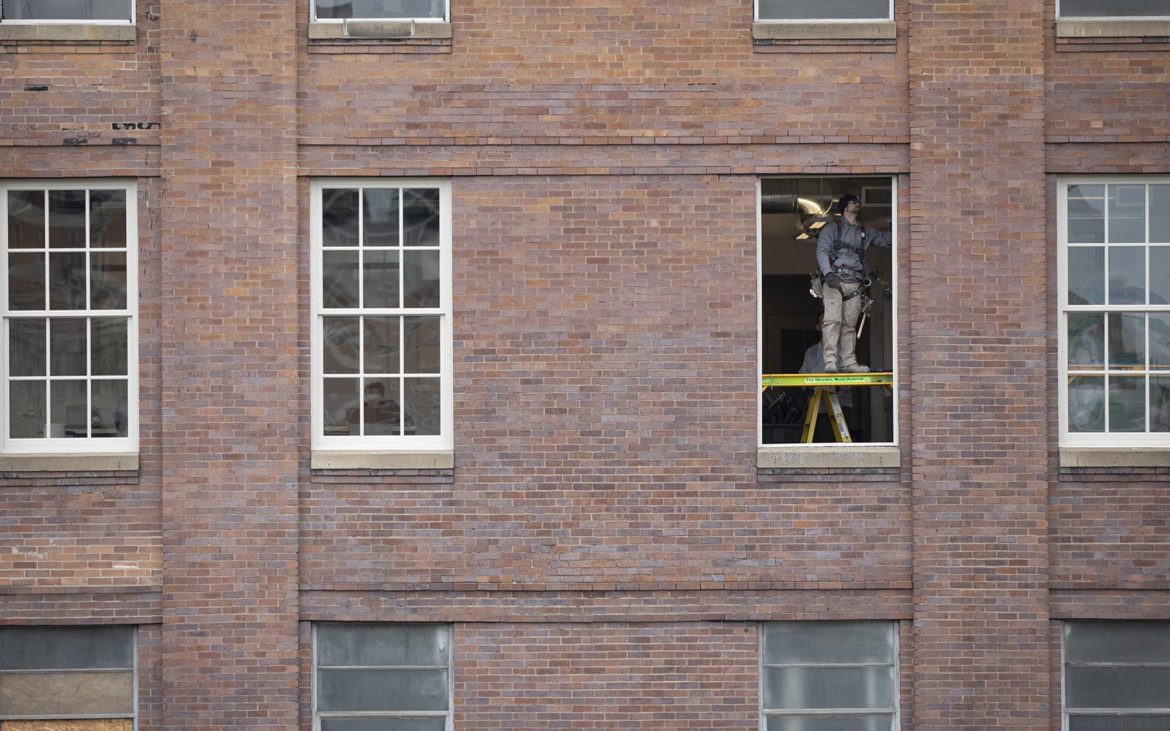 A construction worker installing a window at the Highline, a $110 million project by McKnight Realty Partners at the Pittsburgh Terminal Warehouse. (Photo by Kat Procyk/PublicSource)

When looking at the impact of economic development, economists and academics often look at metrics like new jobs and tax revenue to understand if a place is better off.

But these studies are generally designed to measure the return on public subsidies for larger projects, according to Sabina Deitrick from Pitt’s University Center for Social and Urban Research. Alternatively, the impact of private projects is determined through the developer’s own market research.

“They’re looking to make money; that’s pretty much the game there,” said Deitrick, director of the center’s urban and regional analysis program.

When trying to measure more nuanced effects of publicly subsidized development, “the tools are pretty limited,” said Greg Lagana, director of projects at the Center for Economic Development at Carnegie Mellon University.

“A proper way to think about [it] is, ‘For who?' What segments of the population are we talking about?” Lagana said. “Not only the middle-class, well-off folks, but also people who were living here in the first place versus people coming to town for new opportunities.”

The question of who is benefiting from development is one government officials, developers and neighborhood leaders grapple with as new construction drives change in Pittsburgh.

In 2017, Mayor Bill Peduto’s administration, with help from the RAND Corporation, developed the ONE PGH initiative, a sweeping set of strategies and goals to guide policy decisions in the region. One through line in the document is “equitable development,” a policy goal also outlined in the 2016 "All-in Pittsburgh" report.

The “All-in” report, put out by a group of nonprofits, defines equitable development as “a positive development strategy that ensures everyone participates in and benefits from the region’s economic transformation — especially low-income residents, communities of color, immigrants and others at risk of being left behind.”

PublicSource reached out to Mayor Bill Peduto and city planning director Ray Gastil. Neither was available to comment for this story. 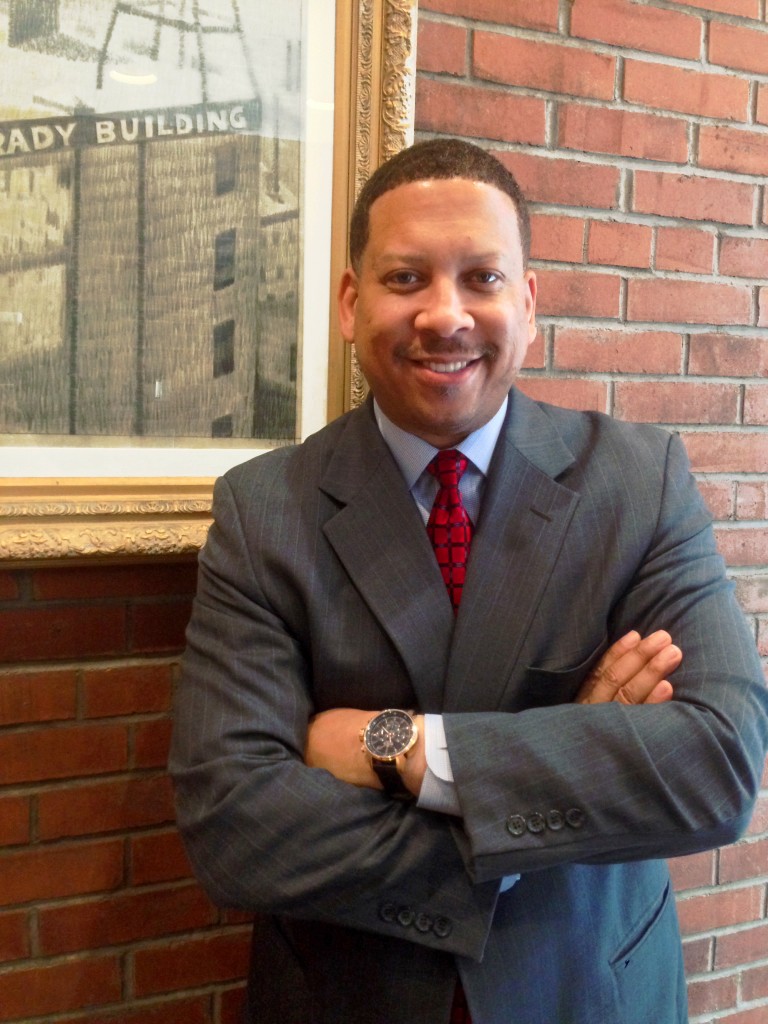 Presley Gillespie, president of Neighborhood Allies, a nonprofit involved in the “All-in Pittsburgh” report, said the region has a long way to go to make equitable development the default way of doing business.

“One of the long-term goals that we have is changing the ways developers approach deals in communities,” Gillespie said. “Having developers understand the benefit of implementing transformative projects rather than transactional projects.”

Developers often view their projects as an anchor, prompting an influx of new businesses and amenities that draw jobs and spending across the economy. They see Pittsburgh as a competitive market.

“It definitely seems like there are a lot of [developers] in Pittsburgh that weren’t here a couple years ago,” said Izzy Rudolph, president of development and acquisitions for Downtown Pittsburgh-based McKnight Realty Partners. “We definitely get outbid on projects, where there didn’t used to be a lot of competition on projects and folks looking to do deals.”

Some nonprofit and neighborhood leaders say the real estate growth has actually hurt some Pittsburghers cut off from the growing economic sectors of the city.

“[There is] just as much, if not more, poverty as there was before all the development,” Gillespie said. “If you compare the numbers — what's been invested in real estate with what the incomes have done, unemployment, wages, quality of life, they don't correlate.”

Quality-of-life surveys conducted by the University Center of Social and Urban Research in 2011 and 2017 found a majority of residents in Allegheny County said their lives had improved in those six years. However, researchers noted a wide gulf between white and black residents in the surveys.

“Only 29 percent of African Americans in Allegheny County rate the region as excellent or very good place to live compared to 74 percent of whites,” the report said.

Over the past 20 years, Pittsburgh’s metropolitan labor force has stayed relatively flat at around 1.2 million workers, according to the U.S. Bureau of Labor Statistics.

“[There is] just as much, if not more, poverty as there was before all the development.”

According to Zillow, Pittsburgh still has some of the lowest average home values of the top 50 metropolitan areas in the country. Real estate developers are eager to build for sought-after workers in the city’s “eds and meds” high-tech sector — from Carnegie Mellon University to more recent additions like Google.

Chris Dirr, vice president of development at Cleveland-based NRP Group, said his company was attracted by job growth potential in the city’s high-tech sectors. The company has done projects in 18 states and builds about 4,000 units a year across the country, Dirr said.

The company finished a 319-unit luxury apartment complex in Wexford in 2015 and has two residential projects in Pittsburgh’s Strip District.

Does development that caters to higher-income residents create benefits for residents farther down the economic ladder? That also depends on who you ask.

In neighborhoods like East Liberty and Lawrenceville, a surge of development has brought a flurry of new shops and restaurants, high-end housing and new residents who see the changes in the area as a draw to make it their home.

Those residents are largely white and affluent. But developers cast their work as having broader benefits.

“You get this huge multiplier effect,” said Gumberg, whose company is planning a mixed-use development with office space and retail in East Liberty. The development will sit on the site of the Penn Plaza affordable housing complex, which LG Realty demolished in 2017.

The displacement of residents angered affordable housing activists who viewed LG Realty as putting profit over people. Gumberg said the company is committed to providing funds for affordable housing and sees their development as continuing economic growth. But he concedes that the multiplier effect does not reach everybody.

Gillespie put it in starker terms. In his view, the success of development is measured in how people living in the community benefit.

“If we're doing real estate, and we're not moving the people along to get up the economic ladder along with that real estate, you end up with East Liberty,” he said, speaking broadly about the neighborhood. 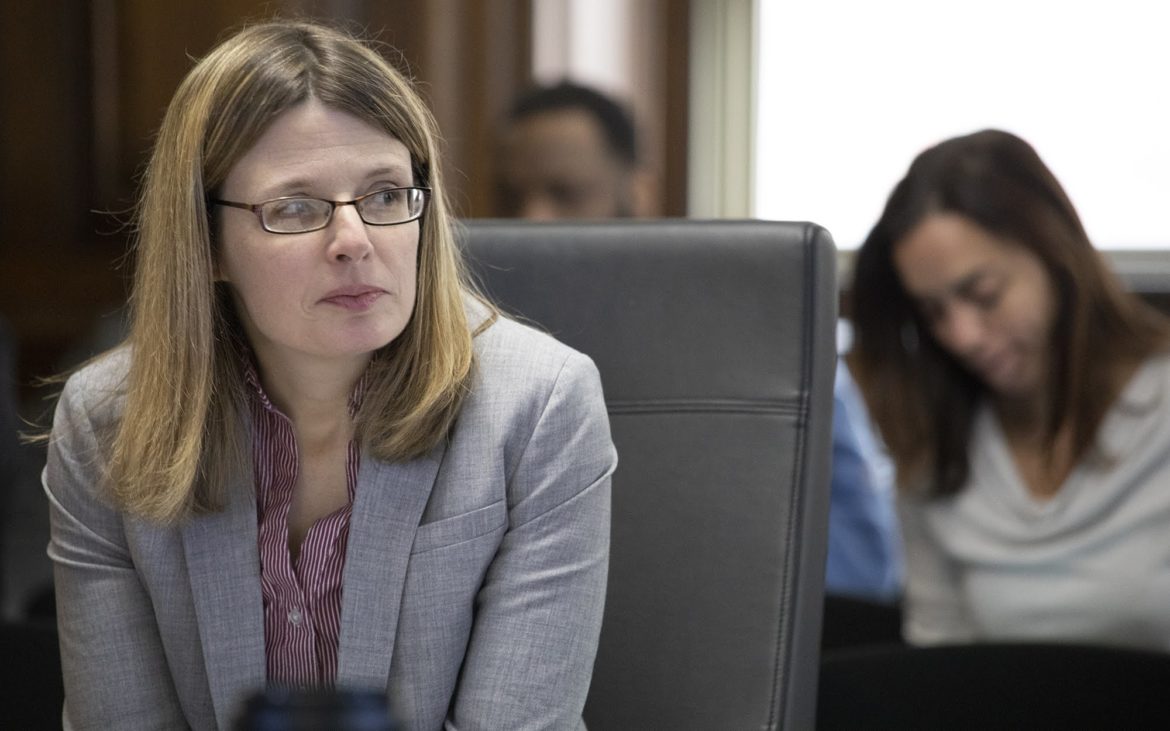 Many former residents could not find a place to live in the neighborhood.

Though Pittsburgh has cheaper prices than some other cities, the city’s Affordable Housing Task Force identified a “severe shortage” of affordable housing in the city. According to its 2016 report, the city is short about 20,000 affordable units.

Based on one of the task force’s recommendations, Pittsburgh created a Housing Opportunity Fund that will spend $10 million on affordable housing efforts each year.

“With Pittsburgh’s economy growing, we need to make sure we can do whatever we can to to increase the affordable housing stock,” said Jessica Smith Perry, director of the Urban Redevelopment Authority’s Housing Opportunity Fund.

Smith Perry said demand for affordable housing in the city is increasing. “We really want to help Pittsburgh residents that need some help to be able to really have their housing needs addressed,” she said.

“Affordable housing should be a regulatory requirement — whether it’s 5, 10, 30 percent — it should just be law,” Milliones said.

For developers, affordable housing is tied to economic incentives, but resources for local, state and federal programs are limited.

Derrick Tillman’s company Bridging the Gap Development won funding through the federal Low-Income Housing Tax Credit [LIHTC] program for a 36-unit building in the Hill District that he said will include some in-house services such as financial literacy classes. But the LIHTC program is incredibly competitive, Tillman said. He is a board member of the Housing Alliance of Pennsylvania and is working with the alliance to lobby for a similar program at the state level. 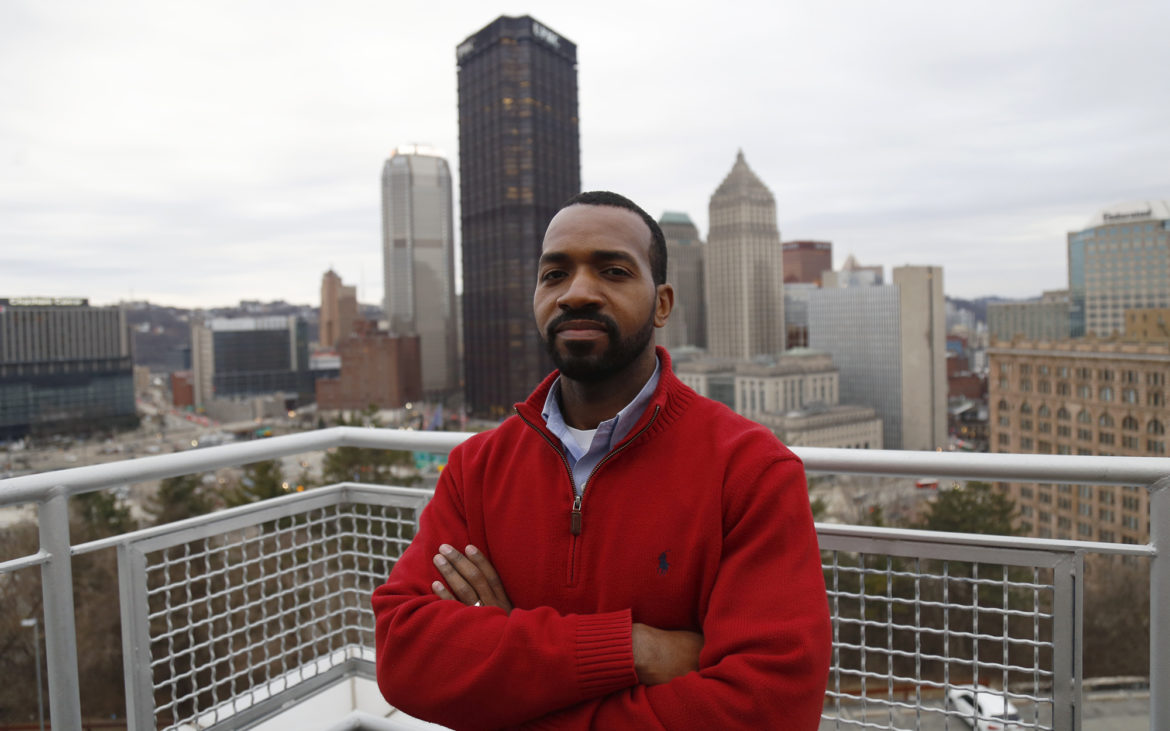 Derrick Tillman is president and CEO of Bridging the Gap Development. (Photo by Ryan Loew/PublicSource)

The Housing Alliance backed legislation last year to create a low-income housing tax credit at the state level. The measure is expected to be reintroduced this session.

Tillman’s company has built affordable housing, market-rate housing and commercial projects. He believes large-scale development is necessary. But developers need to think about the culture that's in an area they’re looking to building in “and how you incorporate that culture with the development — so let the people who are there feel like this is for them and not feel like it's not for them.”

Gumberg said the solution is to use revenue from development to help fund services, not to “stop development in its tracks.”

“Let’s leverage the development that’s happening,” he said, “increase our tax revenue to pay for schools and roads and infrastructure, the things that we all want, and let’s try to tackle the affordable housing problem as well.”

Moving forward, how can cities increase equity and better measure the impact of development?

Lagana said that unlike the federal government, cities do not have agencies that calculate economic outcomes of legislation or government policies. “Such an institution might be useful in evaluating such projects across all the measures described in a usefully transparent way,” he said.

In Gillespie's view, increasing funding for affordable housing does not solve the overarching systemic problems of inequality and racial segregation. He pointed to resident-owned cooperative housing and worker-owned business models in other cities that have shown some success.

One example is the Evergreen Cooperatives in Cleveland. A public-private partnership between the city of Cleveland and local nonprofits, the Evergreen Cooperatives set up worker-owned businesses — a laundry service, a solar energy manufacturer and a company that produces lettuce — and hired workers in six neighborhoods with median incomes of $18,500, according to the organization’s website.

In 2016, laundry service employees made an average of $24,000 and also received a share of the company’s profits, according to the news site Next City.

“All of their employees, predominantly low-income ... are now owners,” Gillespie said. He said he believes Pittsburgh leaders should be looking at the creation of cooperatives, also called the Cleveland Model.

As Pittsburgh redevelops, Milliones said she will be looking for policy changes to address the dearth of affordable housing.

“I think it’s important for us to be more strategic in our legislation, so we can move our city forward as rapidly as our market is attempting to grow,” Milliones said.

This story was fact-checked by Hannah Schneider.