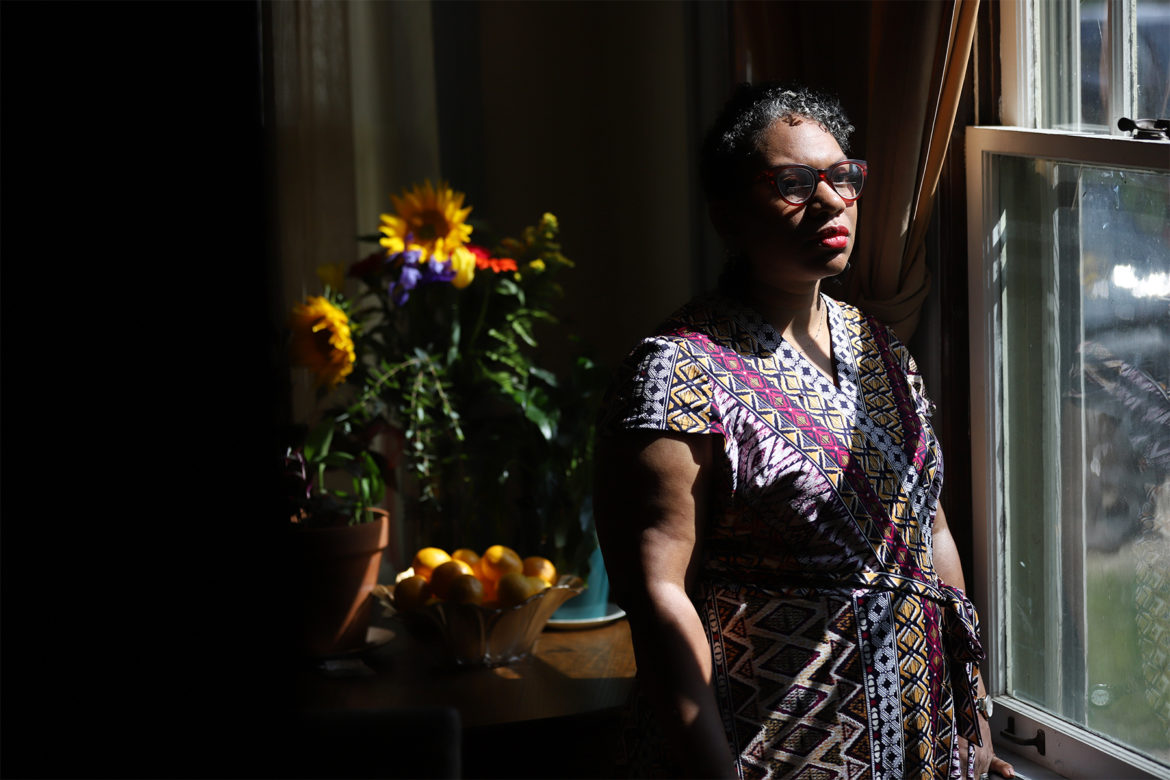 I may need a divorce. Since 2005, I have been a servant leader at colleges and universities in and around Pittsburgh.

As I watched Pulitzer Prize-winning journalist and MacArthur Genius Fellow Nikole Hannah-Jones deal with the typical lowballing of Black women I have come to know as the norm in higher ed, my throat felt dry. I found myself disgusted as I read about the controversy over Hannah-Jones being denied tenure* for a university position that traditionally comes with that benefit.

I had recently decided to step down from my position as executive director of diversity, equity and inclusion at a college in a neighboring state because the commute and stress had become too much for me. It was a hard decision, but I knew it had to be done for my health and well-being. I was invited to apply for two other positions at institutions I knew well. I jumped through the hoops of fire. I told them how much I would love to come work on their teams. I turned on my digital reputation monitor to watch out for terms that would flag me as undesirable if I posted them on my social media accounts, like “cops,” “racism” or “Black” or “lives” or “matter.” And then I waited.

I wrapped up projects, watched students graduate, cried with ones who didn’t and waited some more. Months went by, and I was faced with the reality that I was going to need to cast a wider net to land a new job in higher education.

I was looking at staff and administrator positions.

The things that impact me at a university are not things everyone has to be concerned with, and no amount of diversity training has changed that fact in the last 16 years. The pay has been horrible. I once reported directly to a white woman who earned six times my salary, a fact I learned when I read the institution’s 990 to the IRS. I struggled to secure affordable housing. She had a residence on campus provided by the institution.

One time I found myself doing pedagogy and faculty support work for someone who I realized had never actually taught a course or held a faculty position anywhere ever.

Add to that the fact that I was on a team of nearly 70 people who had not been able to retain more than one or two workers of color for more than a matter of a few years. I was at the table with an all-white leadership team with only one or two people who had ever actually had to do the work we were leading, much less do the work of considering diversity, equity and inclusion. 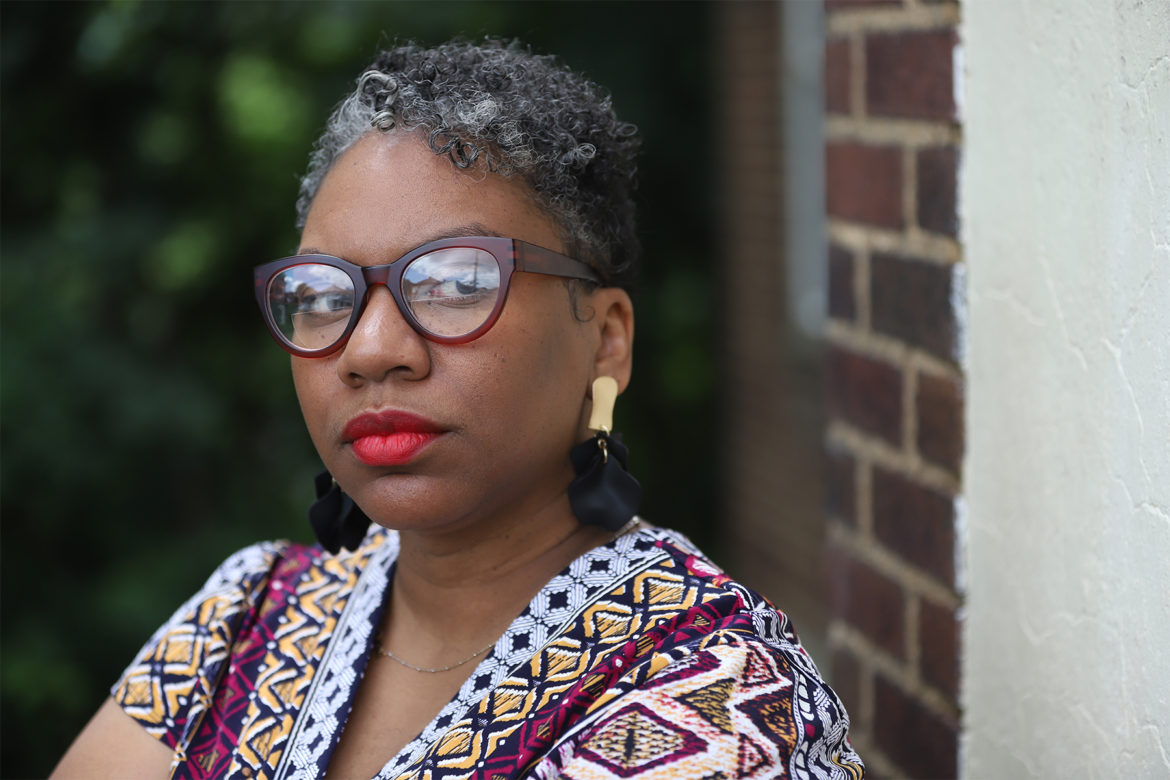 "It won’t be easy to piece together my new life as an independent scholar," writes Tahirah Walker. "I’m going to schedule regular therapy sessions. I’m going to listen to my loved ones when they cheer me on, and I’m going to have faith." (Photo by Ryan Loew/PublicSource)

When I took that executive director gig, people thought I was moving on up.

They wanted to counter the offer. Guess what? I made less money at the new job. I left because I wanted to go where I would be valued and respected. I was tired of arguing with white men about why I should have been tapped for projects where our unit purported to be tackling anti-racism. I left because the ability to make change at a smaller institution was more attractive than being able to say that my favorite world-famous historian, poet and social work researcher were all right across the street inside that literal ivory tower on campus.

And like the city itself, Pittsburgh’s rich landscape of higher education is only most livable for some.

That would have been a dream if I had not discovered a sad truth. The presumption of incompetence, a cesspool of microaggressions and misogynoir was not unique in higher education. In fact, it was ubiquitous. I questioned why I hadn’t seen it earlier.

Why had I built a career in a place that had never really been built to accept my presence? The answer to this has two parts. I had two great leaders in my first few years in this sector. They fought valiantly for equity and inclusion and they stood by marginalized folks whenever we faced unfair treatment. Like my dominant culture colleagues, I was not perfect. But those two people made sure I never gave up on myself and my worth as a professional. When leadership changed, that did as well. Unfortunately, I didn’t know that what I had experienced was abnormal. I basked in that naivete for much too long and, when I emerged into the reality of post-secondary education, I jaded like copper.

And now I feel fully oxidized.

My disillusionment probably solidified just months before, on Feb. 10 to be exact. I had received an anonymous suggestion from a fellow employee letting me know that my DEI programming was lacking. The note began, “I would like to see more programming on White culture...” Ten days of Black History Month programming had been too much for this person. My boss did nothing to address this. I turned to allies on campus. White tenured allies. Together, we put on a workshop about white culture that I hope would have made historian and Princeton University Professor Emerita Nell Irvin Painter proud. I let her book, “The History of White People” guide us, and these folks showed up for me. But the damage had already been done and I could no longer explain away these experiences as idiosyncrasies. I recognized them from the descriptions in Isabel Wilkerson’s “Caste.” This is a centuries-old script that plays over and over in American institutions of all kinds.

And like the city itself, Pittsburgh’s rich landscape of higher education is only most livable for some. Of course, I am not asserting that there are not times where minorities rise above the oppression. I am also not asserting that people from dominant culture backgrounds don’t experience harm from how they are treated.

As award-winning writer and professor Christina Sharpe might say, this is just part of the wake behind a large ship of oppression. Black people work in that wake to mourn our losses and create liberation with literature, music, visual art and so much more. But I have been doing this choppy work in higher education where the waves are ferocious. I have reached a point where I am tired of feeling like I am drowning. So, I am bowing out. If this piece doesn’t burn all bridges, I may seek out some part-time teaching gigs to remind myself that the classroom is a magical place. I’ll try some consulting. It won’t be easy to piece together my new life as an independent scholar. I’m going to schedule regular therapy sessions. I’m going to listen to my loved ones when they cheer me on, and I’m going to have faith.

I will move on.

Before beginning my career in higher education, I served as a secretary and community liaison at the Albert Schweitzer Hospital in Haiti. Day in and day out, I watched people come there to get lifesaving medical care. Some of them traveled from miles away wounded, feverish, worried and broken. The hospital was a hub of global and local talent. There were many success stories there. But people didn’t come because of that. They came because they believed there could be something better. Right now I must believe that, too. I may not have it all figured out yet but as my favorite singer-songwriter Pittsburgh’s very own INEZ wrote in her song “Hide & Seek:” “What do you do if you need to run away but your feet won’t move?...You walk. You walk away. You take that first step and then you take the next...you gotta keep moving.” To all the allies who supported me at so many of these miserable moments, I am deeply grateful. To others out there walking away, safe travels. I wish you a peaceful journey.

*The University of North Carolina at Chapel Hill trustees voted to grant Nikole Hannah-Jones tenure on June 30, months after she was denied and it became a public controversy. On July 6, Hannah-Jones announced she would be taking a tenured position at Howard University.

Tahirah Walker is a writer and a teacher, creating her liberation story in the Pittsburgh area. If you want to send a message to Tahirah, email firstperson@publicsource.org.