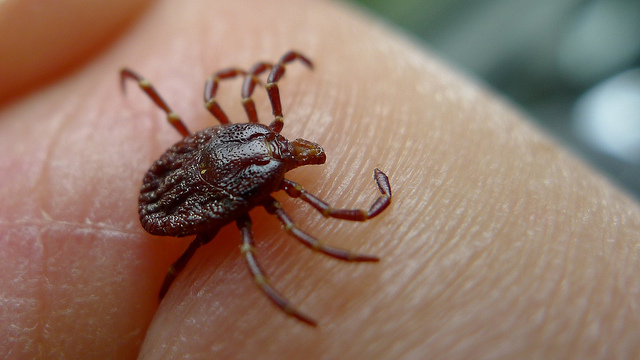 The high-risk areas for contracting Lyme disease are growing, according to a new report by the Centers for Disease Control and Prevention (CDC).

The tick-borne illness, which can cause fever, headache and fatigue, has been spreading ever since its 1975 discovery in Connecticut. More than 30,000 cases of Lyme disease are reported to the CDC each year, but the actual number of cases could be 10 times that.

In general, Lyme disease is more prevalent in the Northeast — from Maine to Virginia — and the upper Midwest, which includes Minnesota, Wisconsin and Iowa. This graphic from the CDC shows where the disease has spread since the first study from 1993 to 1997.

One of the reasons why Lyme disease might be spreading is the clearing of forests, according to Time.

Ticks tend to live in densely-forested areas and are preyed on by white mice. But forest clearing has killed off many mice, leaving ticks without a predator to keep them in check. With humans crossing this terrain, it means ticks have a fresh crop of victims to attack.

A high-risk county is a place, in part, with at least twice “the number of reported Lyme disease cases as were expected, based on the population at risk,” according to the CDC.

In Western Pennsylvania, Forest, Clarion, Armstrong and Indiana counties were added to the high-risk group in the 2008 to 2012 study. Butler County was added as a high-risk county in the 2003 to 2007 study.

The only large areas of Pennsylvania that aren’t categorized as high risk are the southwestern and northwestern portions of the state.

According to NBC News:

Treatment of Lyme disease can be as simple as a single dose of the antibiotic doxycycline or it can involve a three-week to one-month course of antibiotics, depending on how long it takes to diagnose after infection.