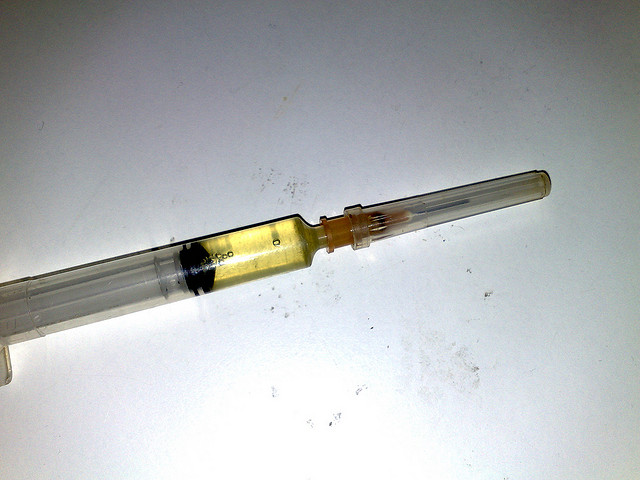 Heroin use and its lethal consequences continue to rise in Allegheny County.

The drug — which is highly addictive and can shut down a user’s breathing — was detected in more local overdose deaths in 2015 than in any other year, according to eight years of death statistics.

Heroin was detected in 176 deadly overdoses this year, according to figures from the Allegheny County Medical Examiner’s office. That accounts for 57 percent of all overdoses and is an increase over last year’s 19 deaths, based on figures for closed cases.

Fentanyl, a powerful opioid, is also on the rise and was detected in 89 deaths, according to the data.

It was fentanyl-laced heroin that was responsible for 22 deaths around Pittsburgh in January 2014.

While heroin use has grown into a state and regional crisis, the drug has not always been popular.

Back in 2008, heroin was detected in only 62 county overdose deaths. The most common drug detected then was cocaine.

But in the period from 2010 through 2012, heroin-related deaths surged 150 percent in Allegheny County, and deaths have been climbing since.

Meanwhile, drug treatment programs struggle for funding, putting the burden on hospitals, jails and funeral homes to deal with the drug crisis. And the state struggles to quantify the heroin and opioid crisis because coroners in different counties investigate overdoses without common standards.

Users often become addicted by taking valid prescriptions for painkillers that were aggressively marketed with little attention paid to the dangers of addiction. Heroin is cheaper and easier to find, so it can quickly become the drug of choice. Addiction spans across all demographics, regardless of age, race and economic standing.

In 1999, 16,849 total overdose deaths were recorded in the United States, according to the Centers for Disease Control and Prevention. Last year, that figure had exploded to 47,055. That’s about a 180 percent increase.

The spike is tied to the increased popularity of heroin and synthetic opioids like fentanyl.

According to the U.S. Department of Health and Human Services:

Data shows 18,893 overdose deaths involving opioid pain relievers in 2014, which is an increase of 16 percent, or 2,658 deaths, compared to 2013 data. Prescription opioid-related overdose deaths are increasing, in part, because deaths involving synthetic opioids, such as fentanyl and tramadol, increased by 79 percent from 2013-2014, totaling 5,544 deaths in 2014. Heroin-related deaths have more than tripled since 2010. Heroin-related death rates increased 28 percent from 2013-2014, totaling 10,574 deaths in 2014. Heroin is often cut with fentanyl – with or without the user’s knowledge – in order to increase its effect.

The agency wants a national solution and has promoted expanding the use of medication-assisted treatment, like Suboxone that is commonly used to wean drug users off heroin. That practice has has been banned by many drug courts, including here in Allegheny County.

Gov. Tom Wolf in October issued a standing order for the overdose antidote naloxone. The drug was invented decades ago but has traditionally only been available to emergency responders. It can now be administered by anyone to reverse an overdose.

Pittsburgh is serving as a “national blueprint” for the Drug Enforcement Administration’s 360 Strategy, which treats the drug problem as both a law enforcement and public health issue.