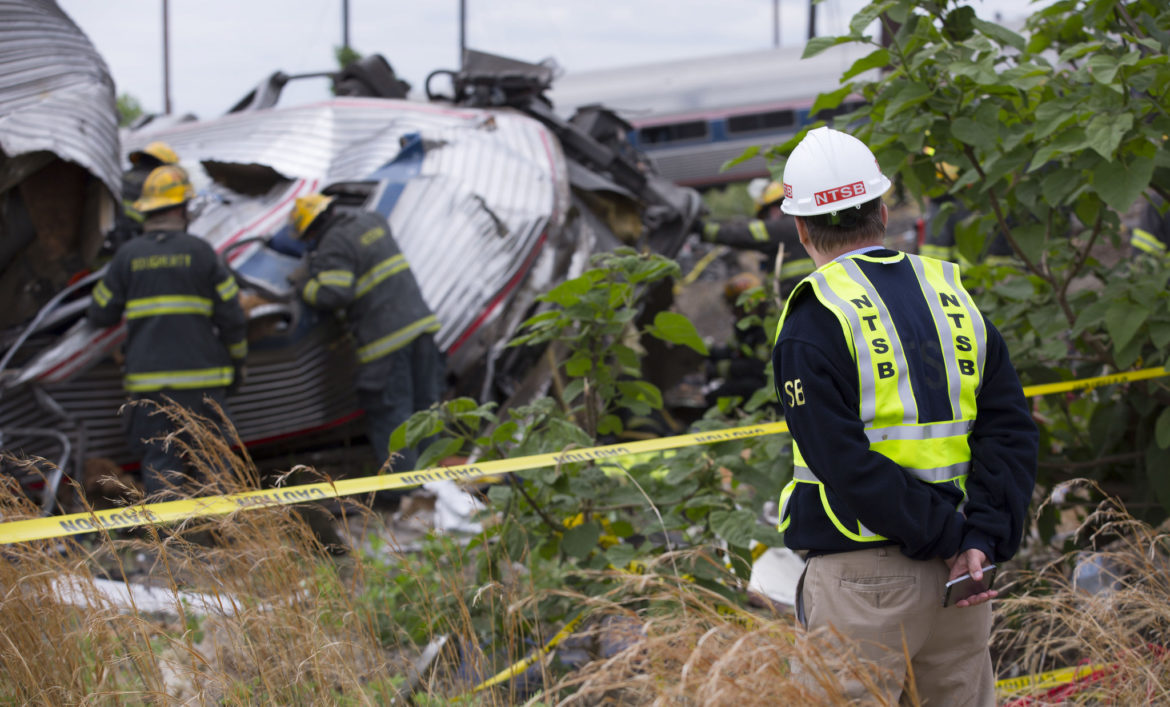 To keep up with these incidents and new safety regulations, PublicSource provides a roundup of stories each month.

Engineer Brandon Bostian was in the process of a routine trip when news of a rock-throwing incident came across the radio wire from a nearby South Eastern Pennsylvania Transportation Authority [SEPTA] commuter train, according to reports from the National Transportation Safety Board (NTSB).

Investigators from the NTSB have proposed that news of the incident disrupted Bostian’s attention for his own train and ultimately evolved “from distraction to disaster.”

Bostian, noted among colleagues and friends in the past for his commitment to train safety, has been suspended without pay since the incident.​

On May 5, a coal train derailed in Ronda, W.Va., about 20 miles southeast of the state capital in Kanawha County. Nine cars went off the tracks, with four cars overturning near Cabin Creek Road. No injuries were sustained in the accident, though two sets of tracks suffered structural damage.

Pittsburgh is one of seven mid-sized cities in the process of applying for a $50 million grant from the U.S. Department of Transportation as part of the Smart Cities Challenge. If secured, the plan for the grant money is to use it to update safety measures for bus lane and T services, as well as expand Pittsburgh’s existing public transportation system and introduce new sustainability initiatives.

A Great Western Train carrying silica sand had nine cars derail near Bethke Elementary School in Timnath, Colo., on Sunday, May 15. There were no injuries, and no hazardous materials were on board. No cause has been determined for the derailment.​County. Nine cars went off the tracks, with four cars overturning near Cabin Creek Road. No injuries were sustained in the accident, though two sets of tracks suffered structural damage.