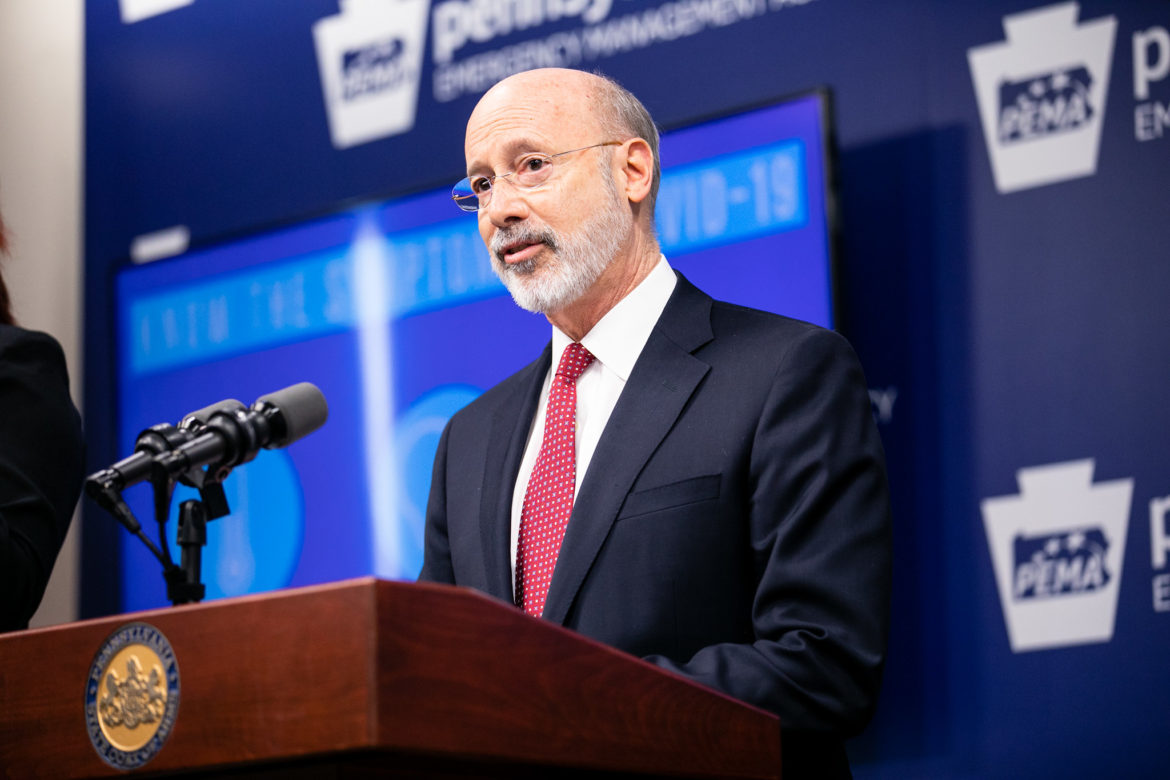 Pennsylvania Gov. Tom Wolf in a Friday address to the commonwealth laid out several criteria that will guide the state’s gradual process of reopening the economy. Wolf emphasized the importance of COVID-19 testing and data and called on the state legislature to work with him to pass a wide array of relief measures to help businesses and individuals.

“Over the next few weeks we will need to continue our social distancing efforts while we continue to plan for a phased reopening,” he said. “There is no magic wand to wave to get us back to where we want to be. I will work every day to repair the damage this virus has caused.”

Wolf did not attach a timeline to the reopening plan, but said at least a few more weeks of heavy social distancing will be needed. He said he hopes to have more details on the plan next week.

The state’s approach to reopening the economy must be data-driven, Wolf said, and only occur if adequate personal protective equipment and testing are available. He said there must be a monitoring and containment system at the ready, and that unnecessary large gatherings will remain banned until further notice.

He laid out six standards that will need to be met before a gradual reopening can begin:

In his Friday address, the governor called for changing the law so no Pennsylvanians would be denied health insurance coverage due to pre-existing conditions, “no matter what happens at the federal level.”

“I am offering the framework of a plan to increase wages for all Pennsylvanians, to enact better worker protections, expand paid sick leave and family leave policies, and increase safe, affordable and high-quality childcare,” he said.

Wolf also called for the strengthening of unemployment and workers compensation insurance and the expansion of student loan deferments. He proposed rapid re-employment programs for businesses and workers affected by recent mass layoffs.

He proposed targeted programs to support each of the hospitality, childcare and manufacturing industries. He said it’s “past time” to upgrade the state’s broadband network to ensure that everybody in the state can access the internet.

Wolf asked the legislature to work with him to enact these relief measures.