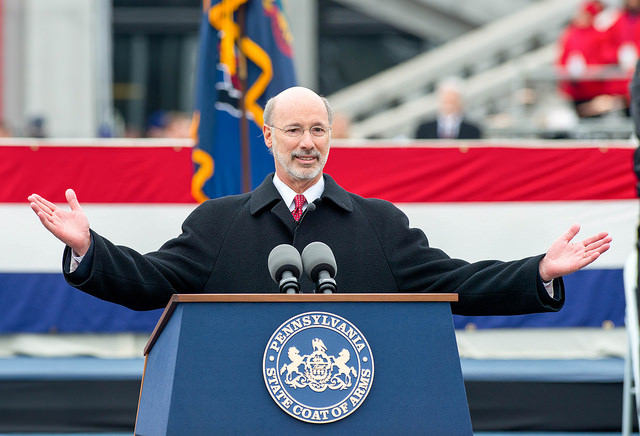 Pennsylvania Gov. Tom Wolf has signed an executive order to create a portal where data from state agencies would be made available to the public. Not only that, but he also called for the data to be recognizable by a computer.

The purpose is to make the data more accessible for public and private usage for researchers, businesses and the general public, according to a press release Tuesday.

The portal will feature downloadable data not currently offered by the state’s already existing transparency portal, PennWATCH, according to an article from Government Technology.

“One of our most valuable and underutilized resources in state government is data,” Wolf said in the press release. “Our goal is to make data available in order to engage citizens, create economic opportunities for businesses and entrepreneurs, and develop innovative policy solutions that improve program delivery and streamline operations.”

The new data portal efforts are led by Julie Snyder, director of the Office of Data and Digital Technology. Snyder will work with state agencies, the ‘civic hacker community,’ universities and cities, to figure out which datasets should be added to the portal first, according to the Government Technology article.

The governor’s press release gives kudos to the city of Philadelphia and the Western Pennsylvania Regional Data Center — established by the city of Pittsburgh, Allegheny County and the University of Pittsburgh — which have released datasets on topics ranging from public safety, housing, health and human services and transportation.

Sharon Minnich, secretary of the Office of Administration, told Government Technology those efforts will be used as models for how the new portal is used and what data it releases, starting in mid-August.

“There’s a lot of open data out there that doesn’t necessarily get downloaded, so we want to make sure we put out the most valuable information,” Minnich told Government Technology. “In speaking to the universities, there really were a broad spectrum of interests. It’s going to depend on what the use cases would be for those data sets we would publish.”

Pennsylvania doesn’t have the best reputation for making data available to the public.

According to the U.S. States Open Data Census, Pennsylvania scores 39 percent for its open data efforts, below the national average of 48.26 percent. Connecticut, Washington, D.C., and New York are outliers, with scores of 84, 78 and 74 percent, respectively, as most of the nation’s states score grades of F in many categories.

Erik Arneson, executive director of the Office of Open Records, said in the press release that putting government data in an open portal has many benefits.

“Experience has shown that a good state-level open data portal will lead to cost savings for the government, opportunities for businesses, and more information for citizens,” he said.