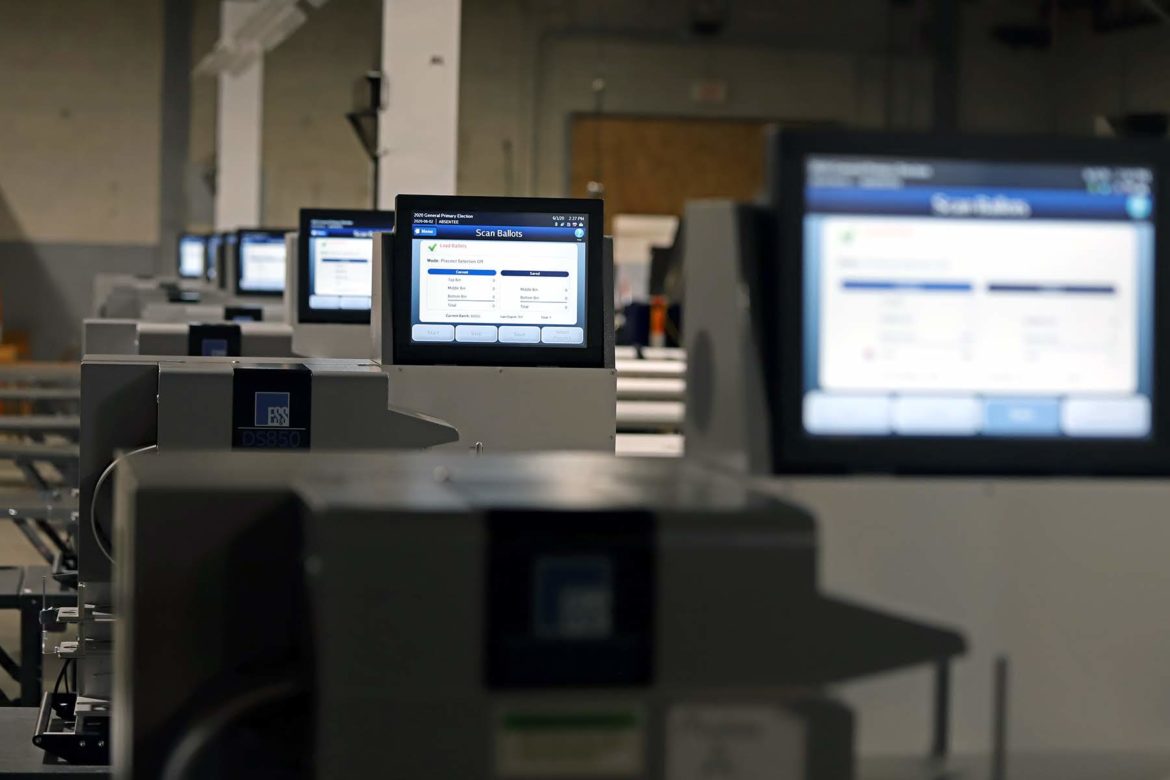 Ballot scanning machines set up in preparation for the June 2 primary election in Allegheny County. (Photo by Jay Manning/PublicSource)

Gov. Tom Wolf announced Monday evening, the night before the primary election, that he is extending the vote-by-mail deadline by a week for six counties, including Allegheny County.

The new deadline for ballots to be received in those counties is 5 p.m. Tuesday, June 9, per an executive order. But ballots must still be postmarked by Tuesday, June 2, according to the press release.

“I can’t do anything about the election day, but I am extending the time to actually get votes in,” he said. “So if you vote, and your vote gets in by next Tuesday… it’ll count.”

The previous deadline to receive mail-in ballots was 8 p.m. Tuesday, June 2.The announcement came as a surprise to many, including local officials: Allegheny County spokesperson Amie Downs was not aware of the extension when PublicSource contacted her Monday evening to confirm. The county received more than 260,000 mail-in ballot applications. As of Saturday, May 30, the county had received 170,000 completed ballots.

David Voye, the Allegheny County elections division manager, said the governor's executive order will not change the county's process on Tuesday, June 2.
“After Election Day, we’ll begin to gather the mail received in the office that meets the governor’s order and will determine when and how those ballots will be counted," he said.

In addition to Allegheny County, the extension applies to Dauphin, Delaware, Erie, Montgomery and Philadelphia counties.

“While the vast majority of counties have been able to process their applications and mail their ballots, the volume of applications in the six counties caused by the COVID-19 crisis combined with the recent civil disturbance” make the deadline extension necessary, according to the press release.

“Curfews, travel restrictions and other unforeseen circumstances have made returning ballots more difficult in these counties. The extension will help to ensure that voters in those counties are not disenfranchised through no fault of their own.”