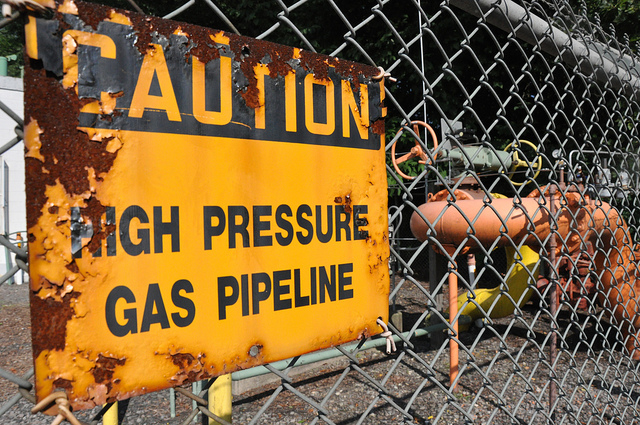 If federal regulators don’t deal with the risks posed by oil and gas transportation soon, more accidents could occur, putting Americans in danger, according to a new report from the Government Accountability Office.

“Without timely action to address safety risks posed by increased transport of oil and gas by pipeline and rail, additional accidents that could have been prevented or mitigated may endanger the public and call into question the readiness of transportation networks in the new oil and gas environment,” the report said.

The report looked at safety concerns posed by moving large amounts of crude oil by rail and by large networks of gas gathering lines often found in rural areas.

The report calls out the U.S. Department of Transportation, saying the agency hasn’t “kept pace with the changing oil and gas transportation environment.” But it added that the DOT’s proposed rulemakings addressing crude-by-rail safety signal a commitment to addressing safety issues.

As accidents involving crude oil on rails have increased over the past year, the federal government has made moves to make shipping safer. In July, the DOT announced proposed rules to replace by 2015 an existing fleet of old tank cars known to spill their loads in accidents.

The report warned about the dangers of unregulated gas gathering lines that move gas from wells to processing facilities or bigger pipelines. They are now being built bigger and undergo higher pressures than traditional pipelines.

“The recent increase in their size and pressure raises safety concerns because they could affect a greater area in the event of an incident,” the GAO report said.

More than 250,000 miles of gathering lines in rural areas go unregulated by federal and state entities, according to an August investigation by NBC News.

The GAO said better oversight was needed for these pipelines and that the DOT should move forward with a rulemaking it proposed in 2011 to address safety risks, including emergency response planning.

“DOT generally concurred with the recommendation and stated that it is developing a rulemaking to revise its pipeline safety regulations," the report said.