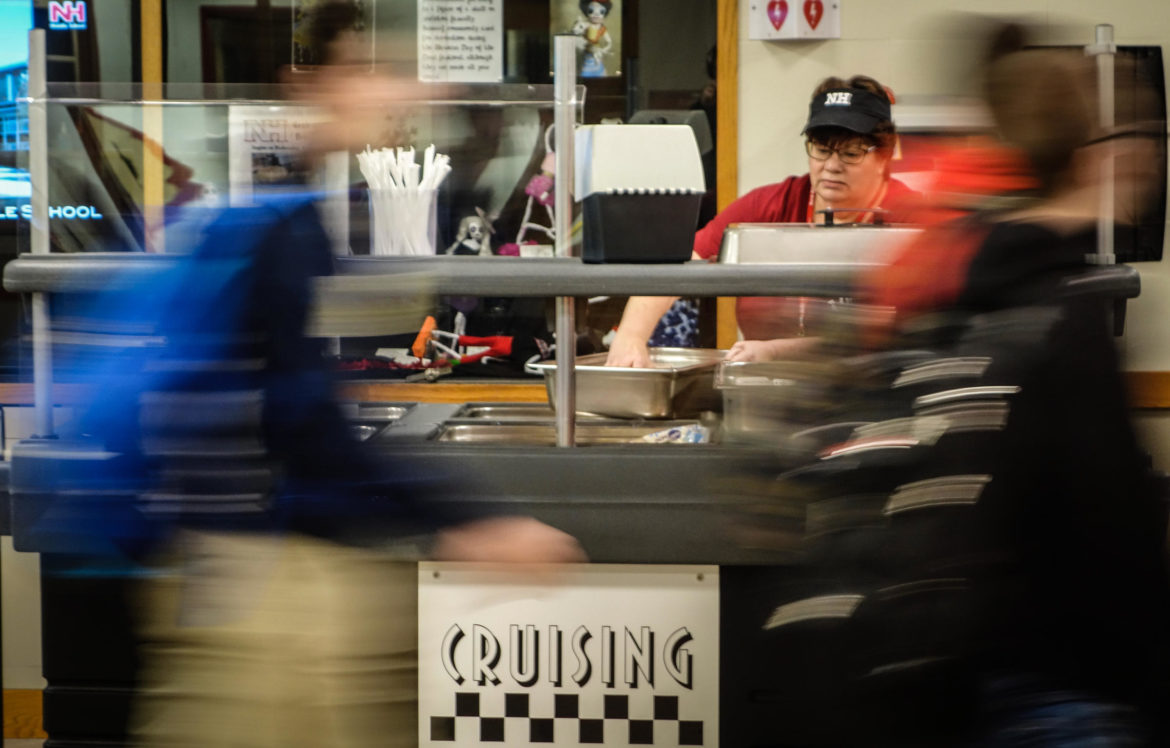 It’s 7 a.m. and cafeteria worker Leann Andrews is pushing a cart through the bustling hallways of North Hills Middle School. In the cart sit packages of banana, blueberry and chocolate muffins next to cereal bars and breakfast sandwiches.

“One ham left. And cinnamon rolls? They’re gone,” Andrews gestures to hot metal holding units on the cart. “Sometimes we have leftovers, but today, they ate everything.”

The “they” she’s talking about are the 40 to 50 seventh and eighth graders who’ve begun filing into the Ross Township-area school. Lindsay Radzvin, director of food services for the district, said breakfast participation has improved from previous years. She attributes a lot of the program’s recent success to the mobile cart.

“Participation was pretty low in this building,” Radzvin said. “We realized just the location of where we were serving breakfast was the biggest challenge.”

As part of a food access series produced in partnership with PublicSource, 90.5 WESA reporter Katie Blackley reports on the various models school districts are using to get students to eat breakfast at school.

Before the cart, students had to make the eight-minute walk to the cafeteria, which Radzivn said excluded students who arrived late or were crunched for time in the morning. With help from the nonprofit Allies for Children, the school was able to purchase the cart and set it up near the entrance.

The model, called Grab and Go, is one of several that districts around the region are using to encourage more students to eat before they start class. The efforts are a part of Gov. Tom Wolf’s Hunger-Free Pennsylvania initiative, which aims to have two-thirds of student who are eligible for free and reduced-price lunches also eating breakfast by 2020.

“Bringing the food from the cafeteria out to the hallway to the kids is going to increase participation right off the bat,” West said.

He said Breakfast in the Classroom usually works well for younger kids. According to the Coalition Against Hunger, teachers say their students have increased class participation when they spend 10 or 15 minutes in the morning eating breakfast. 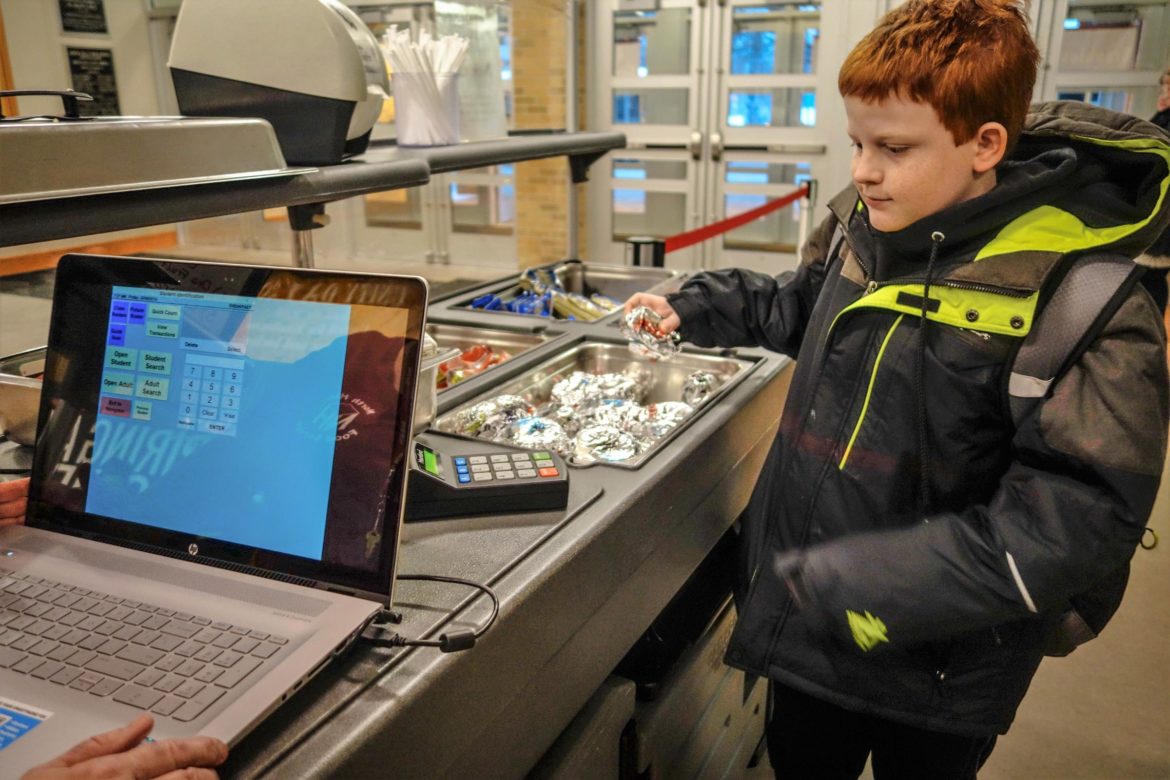 A student at North Hills Middle School grabs a breakfast sandwich at the school’s “Grab and Go” cart. The mobile unit has helped increase the number of students participating in breakfast each morning. (Photo by Katie Blackley/90.5 WESA)

The Second Chance model is currently used in the Gateway School District in Monroeville. West said that’s when students can get a pass from their instructor to eat breakfast as late as second or third period.

“That’s a great way for kids who might not be hungry in the morning, arrive late or just miss breakfast for whatever reason to make sure they start their day with that nutritious meal,” West said.

But most districts in Southwestern Pennsylvania are gravitating toward the Grab and Go model, he said, and have seen some progress toward the state’s 60 percent participation goal.

The benefits of students eating breakfast, he adds, are proven. Kids who eat in the morning have increased attendance, better behavior and fewer visits to the school nurse.

Compared to the rest of the United States, Pennsylvania’s school breakfast participation is low. A recent Food Research and Action Center report ranked the state 41st in the country for accessing free and reduced-price breakfast. But with grants and creativity, West said he thinks districts in the region can eventually reach their breakfast goals.

90.5 WESA reporter Katie Blackley can be reached at kblackley@wesa.fm.

90.5 WESA and PublicSource receive funding from the Hillman Foundation.