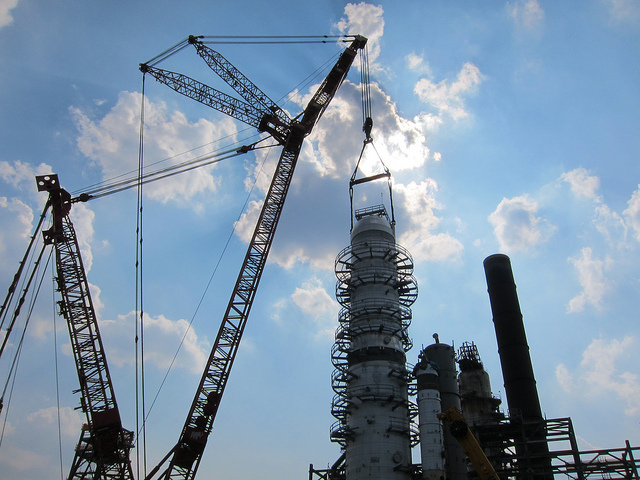 A decline in crude-by-rail shipments

The Association of American Railroads announced that shipments of crude oil by rail dropped 17 percent in 2015. The oil train industry experienced six years of rapid growth leading up to this decline.

However, the 2015 shipments of about 410,249 carloads of crude oil still overshadows the 9,500 shipments made in 2008, before the spike in crude oil shipments in the Bakken shale region in Montana and North Dakota.

The drop in shipments is being attributed to the decline in domestic crude oil production, new pipelines and the collapse of oil prices.

Two families faced one of Pennsylvania’s largest natural gas drillers in court this week. The families are accusing Cabot Oil & Gas Corp. of contaminating their well water while fracking with “reckless disregard” in Dimock, a township in Susquehanna County.

This civil trial is one of the first lawsuits regarding water contamination from fracking to reach a jury, according to an article from Reuters. The trial started Tuesday and is expected to last two weeks.

North Dakota’s largest oil producer, Whiting Petroleum Corp., announced it will halt all fracking by April 1 and decrease its spending budget by 80 percent this year.

Whiting indicated that it opted to take cutbacks to conserve capital while oil prices fall. Other oil producers, including Hess Corp. and Continental Resources Inc., have also cut budgets because of oil prices hitting a 10-year low.

“We believe this conservative strategy should help us to maintain our liquidity and leave us well positioned to capitalize on a rebound in oil prices,” James J. Volker, president and CEO of Whiting, said in a statement.

This announcement marks the largest cutback by any U.S. shale company to date, according to Reuters.

On Thursday, a Florida Senate committee voted down a bill that would essentially allow fracking statewide but with regulations in place. The bill, which would put a temporary hold on fracking permits, was passed by the state House.

Though the Senate nixed the bill, it could come up again, and, if passed, the moratorium would be in place until results of the state’s hydrology can determine the impact fracking would have on geology and water supply.

Local governments in Florida were opposed to the legislation because it would forbid the municipalities from local bans, according to an article from the New York Times.