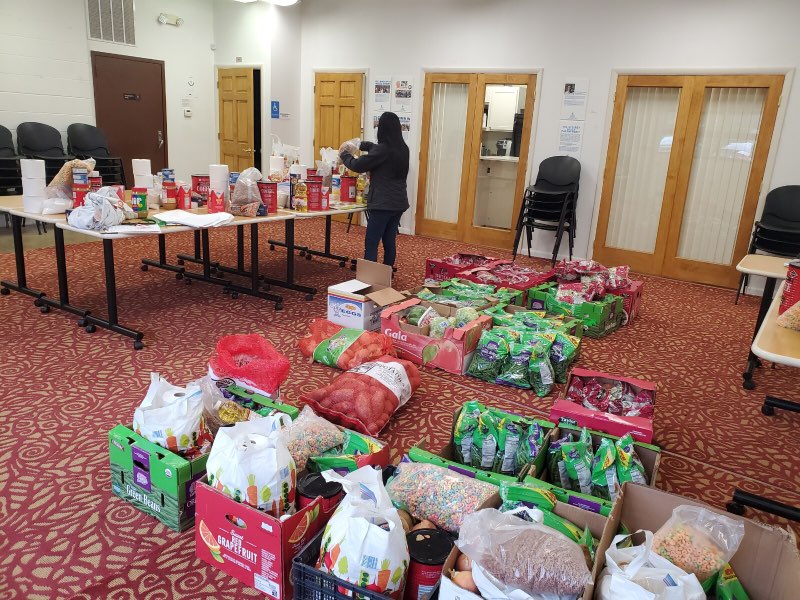 As Pittsburgh-area residents filled grocery carts in preparation for the COVID-19 pandemic, language barriers and a lack of information left many local immigrants unable to stock up before shelves emptied.

“They were calling us, saying, ‘There is no toilet paper or food anywhere. What is going on?’” said Rosamaria Cristello, founder and executive director of the Latino Community Center [LCC].

Many immigrant families found themselves suddenly without income as closures caused the elimination of service industry jobs.

And while several organizations serve portions of the 75,000 immigrants in the Pittsburgh regions, those groups have had to quickly adapt to bridge the communication gaps and start delivering remote services to residents used to visiting in person. “A lot of the information about COVID-19 was in English," Cristello said, "and it was really nerve-wracking for people who could not understand what was going on.”

Cristello also began working with area schools and government agencies to get the information out in Spanish and other languages and established more phone lines because residents were used to showing up in person. The Allegheny County Health Department has since been able to provide information in different languages after Cristello said they connected them with Global Wordsmiths, an international nonprofit dedicated to translation and language access. She notes that there is some lag time, but it is a major step in the right direction. The county now provides COVID-19 updates in five written languages and American Sign Language.

At the state level, Gov. Tom Wolf’s administration has formed a task force to examine the impact of COVID-19 on minority groups. In announcing the task force on April 15, Wolf noted that outbreaks in Pennsylvania have impacted communities that don’t speak English.

For immigrants, food security is a pressing issue, and Cristello’s team worked to supply families with two weeks of food in partnership with 412 Food Rescue and A+ schools. The first distribution was March 30, with 20 families receiving one-time distributions. Each Monday since, 20 to 30 new families have received a box with two weeks of food, serving 121 total families thus far. They’ve also provided 21 families with diapers and formula. The distribution focuses on families with the most urgent needs until LCC can connect them with their local food pantry. The organization is also looking for grant funding to help families not eligible for government relief. “A lot of families are worried about paying rent," she said. "Unfortunately, if they are undocumented, none of the government solutions will help.”

Siraji Hassan, president of the United Somali Bantu of Greater Pittsburgh, has been facing similar concerns in his community. He has been coordinating food distributions to his members from 412 Food Rescue, Northside Commons Ministry and the Greater Pittsburgh Community Food Bank. Hassan and case manager Fatuma Muhina are meeting with families face-to-face to help them file unemployment claims and access resources for financial assistance.

Most of the families live in public housing in Northview Heights, and due to lack of access to technology and language barriers, it has been nearly impossible for Hassan and Muhina to assist families with these needs remotely.

“It’s my obligation, despite the pandemic, to step up and help my fellow Americans and my fellow refugee and immigrants families in Northview Heights to have hope because there is still light at the end of the tunnel, and we will get through this together,” Hassan said. 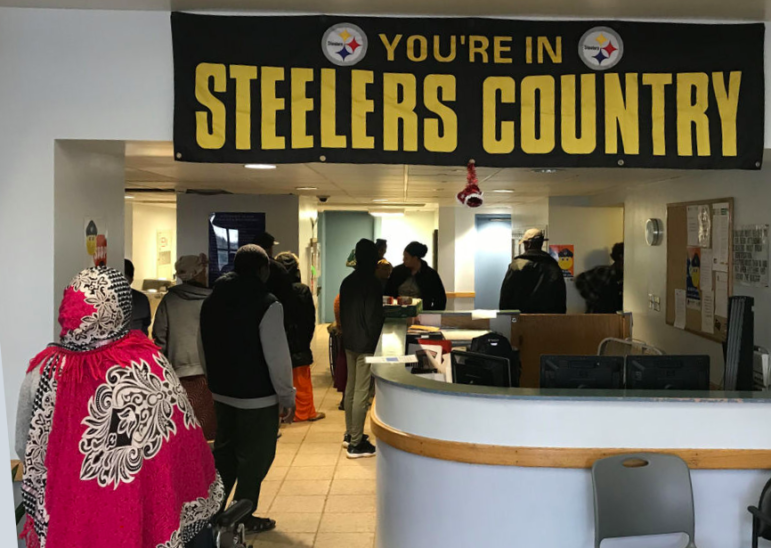 Jay Poliziani, executive director of Northside Common Ministries, has seen an increase in the amount of immigrants accessing their food programs. "We are seeing a lot of new folks, a lot of Latinos recently. A lot of folks working construction jobs they weren’t able to do anymore and were managing financially on their own but now are being hit suddenly.” Poliziani said they’ve seen an increase in Somali residents from a refugee facility they serve. “A lot were working or managing in service industries like hotels and are kind of stuck now," Poliziani said.

Hello Neighbor*, a mentorship program that pairs longtime Pittsburgh residents with recently resettled refugee families, has been seeing firsthand how the pandemic is affecting the communities they serve.

Despite programming that relies heavily on face-to-face relationships, they have moved all their support to digital platforms, use video calls to assist with paperwork and drop meals off on front porches from a safe social distance. They are also offering support and trying to ease anxiety. The organization also has an economic relief fund that provides $250 to families that are already Hello Neighbor participants.

“The biggest thing I am hearing is a lack of historical background on American culture and what will happen in a crisis,” founder and CEO Sloane Davidson said. “We know we can’t pay this or that we get a late charge, and I have a certain amount of confidence that it will be OK. But they don't have that — how would they? Information is trickling to them. They are getting information from different places. It’s not about them not having the intellect to understand it, it is just so new.”

For immigrants who have a history of unrest in their home country, the recent events can also trigger trauma responses as their newly found security is challenged.

Literacy Pittsburgh has also adapted its operations to the community’s new needs. “We started making videos for a public YouTube channel for our students,” said Allegra Elson, director of English language learning [ELL]. “The ELL team knows our immigrant and refugee students access YouTube a lot and easily.”

Google Classrooms and Zoom conference calls are being used for higher-level students. For families that do not have access to technology, the staff are looking into mailing packets. Another YouTube channel features staff reading favorite children’s books as a way to bring some cheer to the children of families served by the agency. “This project helps to maintain learning as well as offer a measure of comfort and familiarity in a difficult time,” said Maria Polinsky, director of marketing and communications.

For Pittsburgh’s immigrant community, a lack of information in their native language can put them at risk. Monica Ruiz, executive director of Casa San Jose, said the language barrier can mean residents aren’t informed of the local danger of COVID-19 and aren’t told how to get tested if they are ill. Most of the roughly 2,000 families the organization serves are undocumented, and many of them are wary of seeking medical help out of fear of being detained.

Casa San Jose has been working with UPMC to get families resources in Spanish, as well as illustrated resources for those unable to read. Because so many immigrants have lost work in the hospitality industry, Ruiz has also seen a surge in families needing meals, including families they didn’t previously know.

“At this point, we’ve become the way that people eat every day,” Ruiz said. “We need more help.”

Correction (4/22/2020): This story previously misspelled the name of Allegra Elson from Literacy Pittsburgh.

Meg St-Esprit is a freelance journalist based in Bellevue. She can be reached at megstesprit@gmail.com or on Twitter @MegStEsprit.