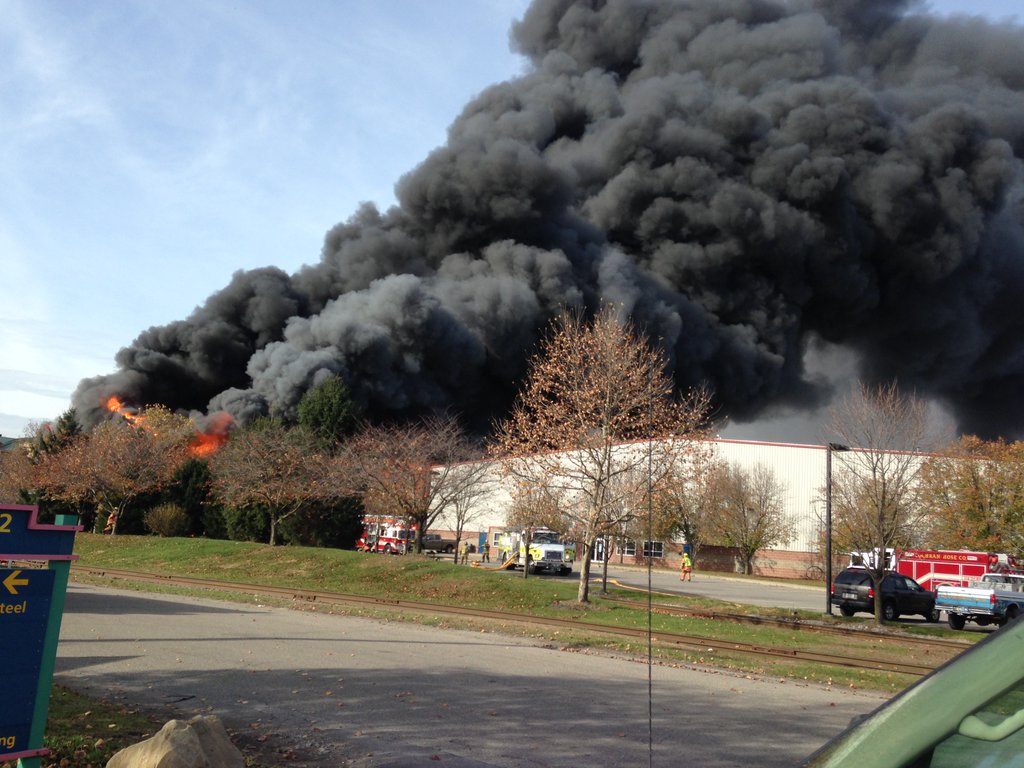 Update: This post previously stated that the fires were located at Weatherfield Engineered Chemical Company, which is a previous owner. Allegheny County officials now say the site is owned by The Lubrizol Corporation.

2:20 p.m.: About 72 homes have been evacuated on Washington Street in Leetsdale Borough after a blast at a chemical site according to a statement by Allegheny County Emergency Services.

Two chemicals were released, ammonium persulfate and sodium chlorite, and both can cause problems when inhaled, county officials said.

"The best thing is obviously not to inhale the smoke if you can help it," Henderson said, according to the Pittsburgh Post-Gazette.

The fires happened at The Lubrizol Corporation's Oil Field Chemistry site northwest of Pittsburgh and Sewickley.

According to the county statement:

The evacuated residents were directed to wait in the gymnasium of Quaker Valley High School.

Two buildings caught fire, but the fire is mostly under control, according to county officials.

"One building appears to be a total loss and has collapsed. The second has significant fire and water damage," Amie Downs, the county's director of communications, wrote in an emailed statement.

People were being asked by county officials to stay away from Route 65 in the Leetsdale area. Buncher and Leetsdale Business Parks were evacuated out of an abundance of caution.

Visit our media partner, the Post-Gazette, for continuing coverage.