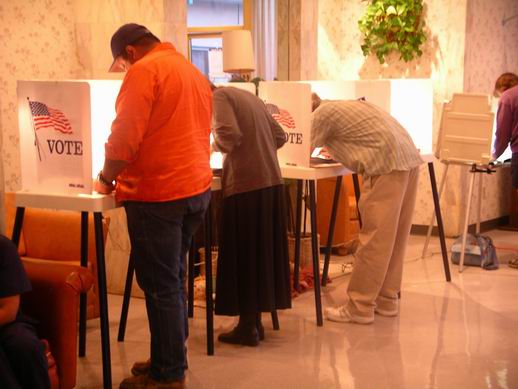 The financially insecure, those that may have trouble paying bills or may not have retirement savings, are completely opting out of politics in large numbers, according to The Pew Research Center.

The research challenges a common assumption:

When it comes to choosing a party’s candidate in the voting booth, one pattern in modern American politics is so familiar it has become a truism: the rich vote Republican, the poor vote Democratic.

Pew found that support for Democrats was largely consistent across the range of financial security. The party received between 39-43 percent of support in each of the five groups.

The difference was that 41 percent of the least secure group had no preference between the two parties and were highly unlikely to vote.

The Pew Research Center analyzed financial security along a variety of metrics including having bank accounts and credit cards, having trouble paying rent or bills, and receiving government benefits such as food stamps or Medicaid. The center’s analysis was based off an online and mail survey of 3,154 people from Sept. 9, 2014 to Oct. 3, 2014.