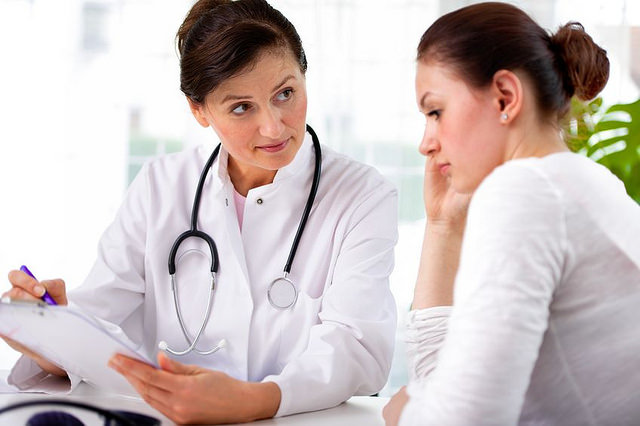 If you’re a woman practicing medicine, you should probably ask for a pay raise.

According to a new study conducted by Jama Internal Medicine, there’s a $20,000 pay gap between academic medical professionals of opposing genders.

Researcher Anupam B. Jena, an associate professor of health-care policy at Harvard Medical School, obtained salary information from 24 public medical schools, including the University of California at San Francisco and the world-renowned University of Texas MD Anderson Cancer Center.

The analysis included 10,241 faculty members including about 35 percent female professionals. Without adjusting salaries for experience, there was about a $51,000 discrepancy in favor of male doctors.

After adjusting figures for faculty rank, age, years since residency, specialty, National Institutes of Health [NIH] funding, clinical-trial participation and publication count, Jena discovered that there was still a $19,878 pay gap between men and women.

The gender gap in medicine is not a novel issue. In 2000, the University of Pittsburgh’s Graduate School of Public Health found that female physicians earn significantly less than their male counterparts.

According to the report — after adjusting for demographics, training and practice characteristics — among internal medicine physicians, men were earning 14 percent more than women in Pennsylvania.

Dr. Roberta Ness, the principal investigator on the 2000 study, considered gender bias a contributing factor. In the report, she writes:

Across the board, female physicians are more likely than men to be involved in the least lucrative medical specialties and to spend fewer hours per week working," said Dr. Ness. "But even after adjusting for the compensation differences among various medical specialties, we found that the women earned 14 percent less per hour than their male counterparts. If left unadjusted, the gender gap is 28 percent less per hour.

In the new national report, Jena found that female physicians were less likely than their male counterparts to become full professors, to be included in publications, to conduct clinical trials and to have funding from the NIH.

This may have to do with the medical specialities women typically practice — internal medicine, obstetrics, gynecology and pediatrics — or it may be indicative of large-scale discrimination, as reported by Ariana Eunjung Cha for the Washington Post.

In an editorial accompanying the study, Dr. Vineet M. Arora, an associate professor of medicine at the University of Chicago, described the necessity of breaking systemic discrimination in the medical field.

These findings, although still sobering, emphasize the importance of understanding these positive deviants. What policies, procedures, leadership, or culture at these sites helps to counteract a gender pay gap? Recognizing these factors could help to create a potential remedy that could be adopted and tested in the sites that experience the greatest disparity in income by sex.

Currently, there are 2,126 full-time and part-time employees working at the University of Pittsburgh School of Medicine. Roughly 47 percent of admitted students are women.