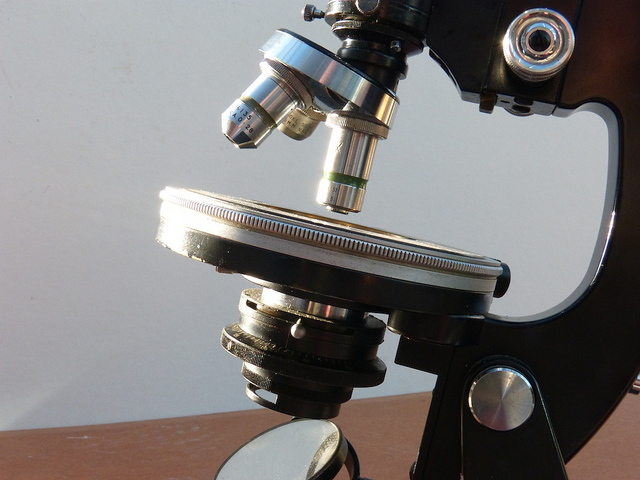 In the days before law enforcement relied on DNA testing to prove a defendant actually was at a crime scene, they put their faith in human hair.

Well, it turns out nearly everyone in the FBI’s forensic lab gave bad testimony on hair samples in almost every trial scrutinized by the federal government from 1980 to 2000, according to an ongoing review.

As The Washington Post reports, the Justice Department and FBI formally acknowledge flaws involving 26 of the laboratory’s 28 examiners, according to a review of 268 trials so far. The government called on the National Association of Criminal Defense Lawyers and the Innocence project to help scrutinize the convictions that involved questionable forensic testimony on hair samples found at crime scenes.

Of course, convictions don’t necessarily hinge on hair analysis and FBI testimony. Hair analysis could be just one part of a prosecution that clearly establishes a defendant’s guilt. Additionally, the FBI has not commented on the story in case the problem isn’t as bad in the rest of the 2,500 cases under review, the Post said.

But what we do know is that bad forensic science was admitted into hundreds of courtrooms for two decades, with backing from the nation’s top law enforcement agency.

The admissions mark a watershed in one of the country’s largest forensic scandals, highlighting the failure of the nation’s courts for decades to keep bogus scientific information from juries, legal analysts said. The question now, they said, is how state authorities and the courts will respond to findings that confirm long-suspected problems with subjective, pattern-based forensic techniques — like hair and bite-mark comparisons — that have contributed to wrongful convictions in more than one-quarter of 329 DNA-exoneration cases since 1989.

As we looked at previously, the FBI first blamed forensic problems on a single examiner. The Justice Department’s inspector general, however, said it should have been clear more than 15 years ago that problems were widespread.

So far, the reviewed cases include 32 death-penalty cases. Fourteen of those defendants have either been executed or died in prison, the Post said.

Peter Neufeld, co-founder of the Innocence Project, characterized the FBI’s reliance on forensic analysis as “a complete disaster.”

While the FBI is being cagey, the bureau and the Justice Department said in a statement to the Post that they “are committed to ensuring that affected defendants are notified of past errors and that justice is done in every instance.”

Back in 2012, the Post ran an investigation claiming officials knew about the dodgy forensic analysis. That prompted the government review.

Problems, however, had been identified years earlier.

Warnings about the problem have been mounting. In 2002, the FBI reported that its own DNA testing found that examiners reported false hair matches more than 11 percent of the time. In the District, the only jurisdiction where defenders and prosecutors have re-investigated all FBI hair convictions, three of seven defendants whose trials included flawed FBI testimony have been exonerated through DNA testing since 2009, and courts have exonerated two more men. All five served 20 to 30 years in prison for rape or murder.

In 2000, the FBI revised its method for identifying hair sources. However, it wasn’t until 2012 that written standards defined appropriate science-based ways to explain sample results at trial.

Additionally, the FBI examiners taught roughly 500 to 1,000 local lab workers to give the same sort of flawed testimony, the Post said.

And the current review won’t include about 700 cases because law enforcement and prosecutors have not provided necessary information.

Only a portion of the cases under review have actually been examined, but the initial findings, along with the history of known problems, are troubling.