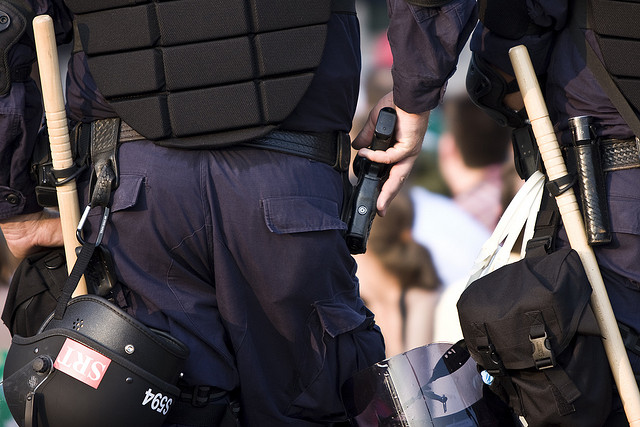 Coinciding with a national focus on law enforcement’s violent and sometimes deadly interactions with citizens, FBI statistics show that the increased violence has gone both ways. In 2014, the number of on-duty officer deaths almost doubled.

An NBC News report showed that as a result of criminal acts, 51 law enforcement officers were killed in 2014. Eight of the recorded deaths were in the Northeast, and one of the eight was in Pennsylvania.

Officer killings were thrust into the spotlight beginning in 2014 as tensions between citizens and police flared in places like Ferguson, Missouri, Cleveland and New York. The number of officers killed on the job in 2015 won't be released by the FBI until next year.

In 2013, 27 officers were killed because of felonious acts. That year appears to be an exception in recent history. According to NBC and the most recent five-year average compiled in 2010, 56 officers are killed each year on average.

NBC News reported that 46 of the 51 officers were fatally shot, whether the weapon was a handgun, rifle or shotgun. Of the 59 people identified for the killings of these officers, 50 of them had criminal backgrounds.

According to the FBI press release:

Of the 51 officers feloniously killed, 11 were killed while answering disturbance calls, nine were conducting traffic pursuits/stops, seven were ambushed, seven were investigating suspicious persons or circumstances, five were conducting investigative activities, four were killed in arrest situations, four were involved in tactical situations, and three were handling persons with mental illnesses. One officer was killed in an unprovoked attack.

State Police Trooper Corporal Bryon K. Dickson II was the one Pennsylvania law enforcement fatality in 2014. In Blooming Grove, a sniper opened fire killing him and injuring another officer. Suspect Eric Frein was captured after a seven-month, $11-million manhunt. He pleaded not guilty in January to charges, including murder and terrorism. The district attorney in the case said he is seeking the death penalty, according to an ABC News report.

Officer deaths also stemmed from accidents. 45 other officers died from on-duty accidents, according to the FBI statistics.