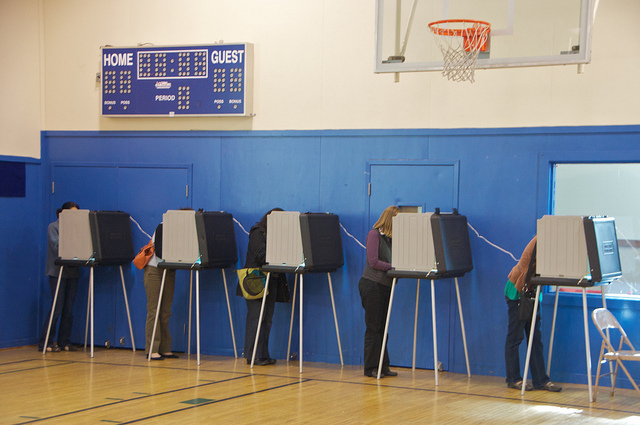 About 27 percent of Pennsylvania’s registered voters went to the polls on Tuesday as the Democrats swept all three of the state’s top judicial races.

Democrats Christine Donohue, Kevin Dougherty and David Wecht were elected to the Pennsylvania Supreme Court, which will give the Democrats a 5-2 advantage on the court.

See voter turnout statistics for each county compiled by PublicSource.

Terry Madonna, a pollster at Franklin & Marshall College, thought turnout would not exceed 20 percent. Joseph DiSarro, chair of the political science department at Washington & Jefferson College, thought it would be closer to 33 percent.

The vote totals from each county are unofficial as of right now and 99.3 percent of districts have reported, according to the Pennsylvania Department of State.

There are precincts in Erie, Philadelphia and Warren counties that haven’t reported yet.

Of Pennsylvania’s 67 counties, 49 have posted an exact count of how many ballots were cast, or how many people went to the polls.

These were counties that didn’t report number of ballots cast or didn’t have a separate election website with unofficial results.

Cameron and Forest counties, both rural counties with small numbers of voters, ranked first and second in voter turnout with 48 percent and 44 percent, respectively.

Allegheny and Philadelphia counties both finished with between 25 and 26 percent turnout.

Among the counties with more than 100,000 registered voters, Beaver County on the state’s western edge had the best turnout with 35.5 percent and Montgomery County near Philadelphia also stood out with more than 32 percent.

Statewide voter registration was nearly 7.8 million in 2000, spiked to more than 8.7 million registered voters in 2008 and has decreased since President Barack Obama was first elected.