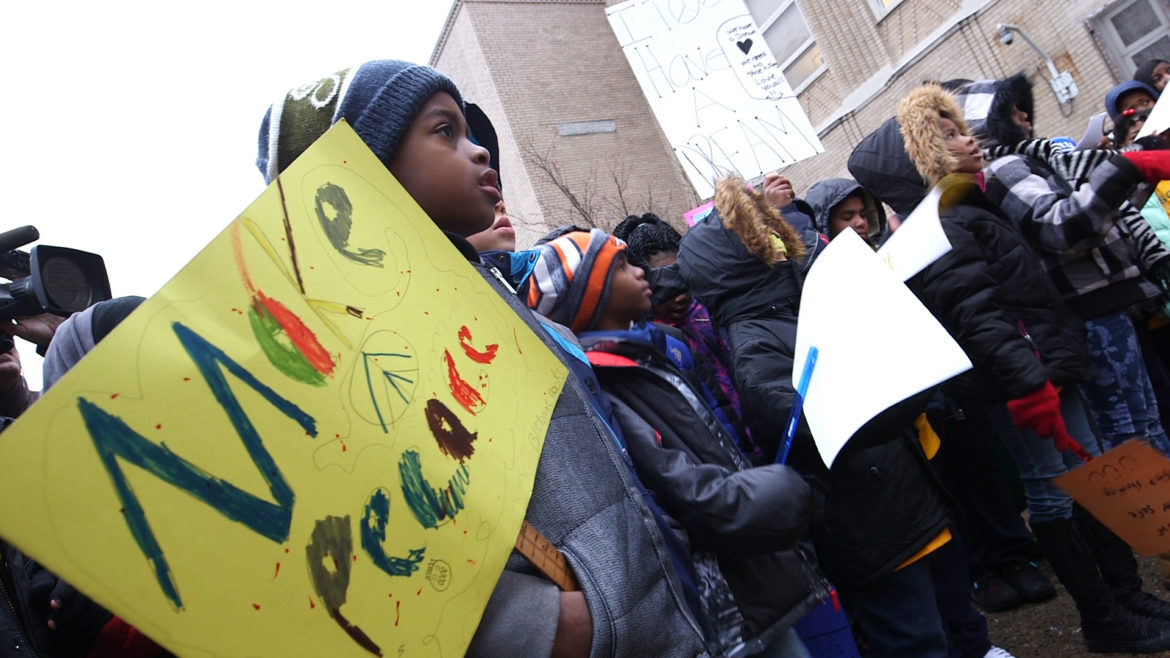 Feb. 17, 2016: In an effort to raise awareness of community violence, students at Pittsburgh Lincoln elementary school held an outdoor rally and peace march on Wednesday morning.

The event was organized by students in grades 3-5 as part of their project-based learning curriculum; the students voted to focus efforts on crime in their neighborhoods and police brutality.

At the event, students spoke and sang, sharing the message that crime and violence won’t be tolerated. With a police escort, the students marched with signs around the Larimer neighborhood.

In the Aftermath of Murder series, PublicSource with partner 90.5 WESA dedicated a month of coverage to the disproportionate impact violence and homicide has on the city’s black communities. Lincoln’s third-grade students studied the series and hosted reporter Jeffrey Benzing last week for a conversation about the project.