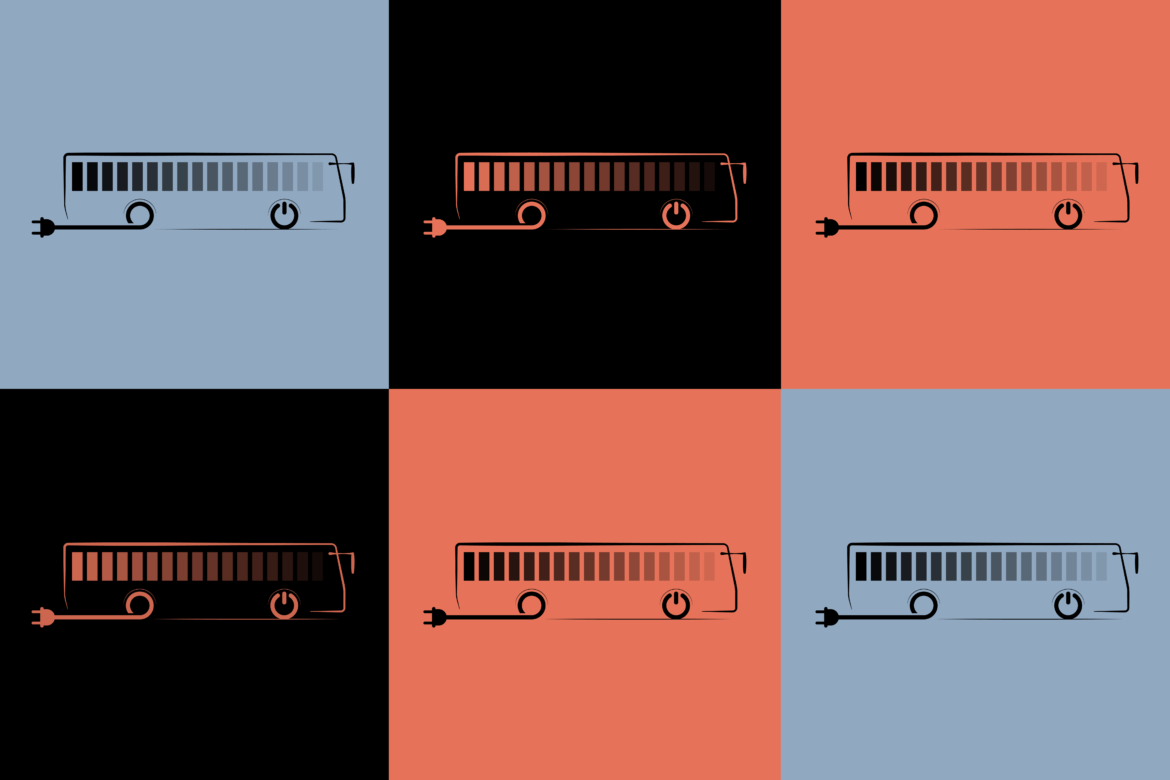 As bouts of extreme weather show the urgent threat of climate change, the Port Authority of Allegheny County looks to a future without fossil fuels. But so far, out of a fleet of 714 buses, only two are electric.

The buses on those hills may all be electric in a couple of decades, but by the end of 2023, Port Authority’s fleet will only be about 2% electric. This isn’t for a lack of support for the vehicles. It’s about money.

“It certainly is slow going, and if the funds are available, we certainly would hope to move quicker on that,” Brandolph said. “But that’s a big if.”

While the Port Authority has embraced electric buses, the most direct way to cut fossil fuel emissions from public transit, they’re a pricey investment that goes far beyond the authority’s regular budget. Faster adoption will only come with a lot more local, state or federal funding, possibly as part of a $3.5 trillion budget bill before Congress. In the meantime, some transit advocates have pointed out improving service with current diesel buses could also help if it convinced more residents to stop using cars.

“I think our goal, certainly, is to move toward a [fossil] fuel-free fleet by 2045, and, absolutely, if we can get it done sooner, we certainly will,” Brandolph said.

Deemer said that climate science puts 2050 as the “absolute” latest point to transition off of fossil fuels. Government agencies should really be taking a lead on this issue, she said. “They shouldn’t be the last entity to be getting off of fossil fuels.”

In her view, Port Authority’s goal of canceling fossil fuel emissions by 2045 is “light on details.”

“We think there needs to be some interim goals to make sure that we are well on our way to zero emissions within their stated timeframe,” Deemer said. “Because if you don’t start now, this all starts to get away from us.”

Port Authority’s plan states that other types of buses could be used, including ones that run on natural gas — which are not emissions-free. Deemer finds that part concerning and thinks it should be removed. Brandolph said he is not aware of any actual plans for the authority to purchase natural gas buses.

Duquesne Light assisted the Port Authority with the rollout of the first two electric buses. Pending approval from the Pennsylvania Public Utility Commission, Duquesne plans to further assist with the next six electric buses, according to spokesperson Ashley Macik. Duquesne met with state government officials as well as transit and environmental advocates in early September to file a proposal for new charging stations at Port Authority’s East Liberty garage.

“We encourage transit agencies to engage with their electric utilities early and often in the process of electric bus deployment to ensure their facilities are ready for charging,” Macik wrote. “DLC’s power grid is prepared for wide-scale bus electrification, and we continue to invest in the region’s electric infrastructure to meet increasing demand.”

Greg Schaffer, who works for Pittsburgh-based Skibo Energy, a company focused on clean energy solutions, and does activist work with Pittsburghers for Public Transit, agrees that government should be leading the pack on electrification. While emissions from the private sector are substantial and will need to be tackled, government agencies and authorities, which ostensibly have a responsibility to promote public health, should be the easiest way to get the ball rolling.

“It’s the lowest-hanging fruit. It is an obvious thing that should be done and be done immediately because the other problems are a lot harder,” Schaffer said. “And if we can’t do the easy problem, we can’t do the hard problem.”

Activists say that the Port Authority should hire a sustainability coordinator tasked with setting interim goals and keeping the authority on track.

Brandolph declined to comment on the potential hiring of that position but did point out that the authority recently hired a chief strategy officer who “charts the agency’s course for the next 25 years,” which “includes long range financial and capital planning across various funding scenarios,” according to its job description. The position is not dedicated to environmental concerns, but plans for initiatives like electric buses could fall under their purview.

But Schaffer wants Pittsburgh to make bolder moves. “Not only do I think that Pittsburgh needs to be in the pack,” he said, “Pittsburgh should be leading the pack.”

Bethany Hallam, a progressive Democratic Allegheny County council member, has long been frustrated that the Port Authority does not receive more funding from the county. She believes there should be more public transit service throughout the Pittsburgh area to make traveling without a car a realistic option for people.

“I do at the same time have to applaud the Port Authority for making electric buses a priority,” Hallam said. “I just would like to see a quicker timeline to getting the entire fleet electric.”

County Executive Rich Fitzgerald told PublicSource that increasing funding to the Port Authority would require raising taxes. Allegheny County, along with the Allegheny Regional Asset District, gave about $36.7 million to Port Authority in the 2021 budget, which is an approximate 15% match of the $244,850,000 provided by the state government. Pennsylvania Law requires a 15% match from local government.

Fitzgerald said he would like to see the Port Authority move as quickly as it can on electric buses but believes the federal government should be responsible for the funds.

Still, Hallam would like to see future Allegheny County budgets make more room for public transit funding, which she sees as a top priority for a county government. She characterizes Fitzgerald's warning about taxes as an excuse to avoid finding ways to give public transit more funding.

Even just financing improved service would be a green initiative, according to Hallam.

”At the end of the day, I need us to make sure that not only are we focusing on expanding our electric bus fleet but also investing money into expanding transit overall.”

Laura Wiens, director of Pittsburghers for Public Transit, agrees. PPT rallied outside of Democratic Rep. Conor Lamb’s office on Aug. 19 to pressure Lamb to vote for the $3.5 trillion budget reconciliation bill pushed by President Joe Biden, which includes funds for public transit. Lamb has not yet voiced a position on the bill.

“The reality is that we won’t meet our emissions reduction targets simply by having everyone in an electric vehicle,” Wiens said. “We actually need to get people out of single-occupancy vehicles, and the way to do that is not just having an electric bus, it’s actually having a bus that goes where you need it to go, on-time, regularly.”

This story was fact-checked by Linden Markley.