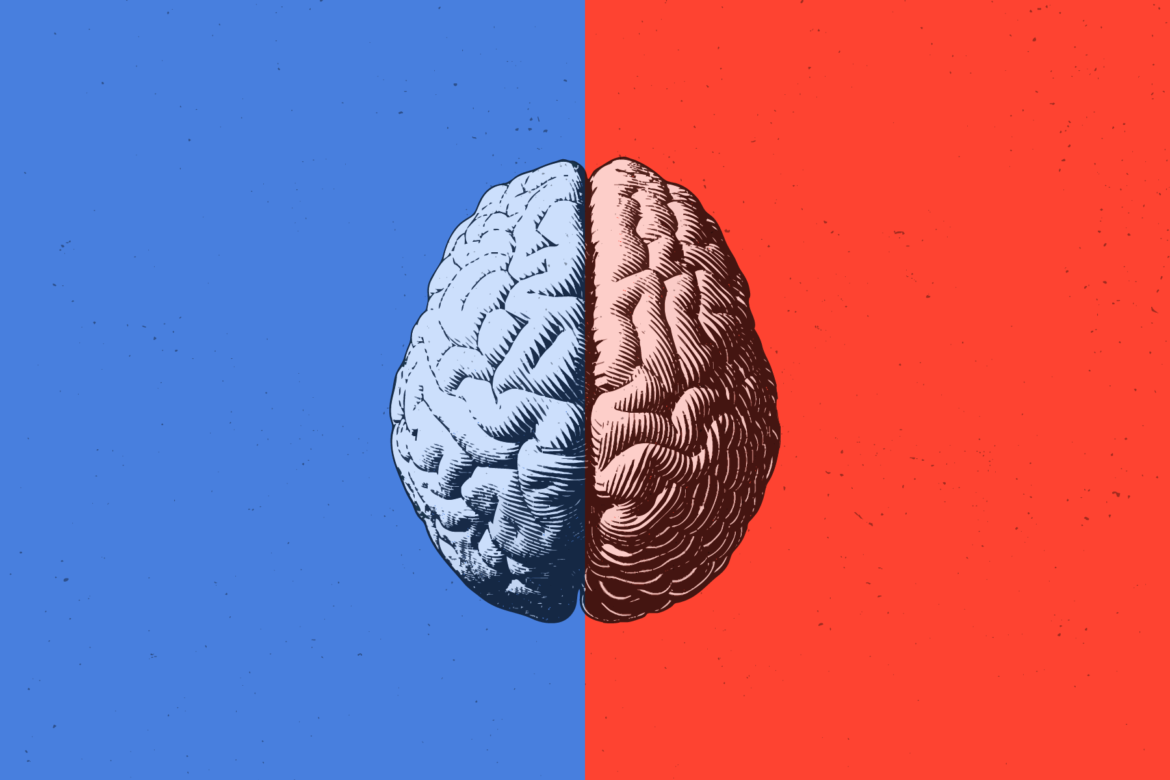 Medical professionals have been hearing something new from their patients lately: the 2020 election is harming their mental health.

Any presidential election can put people on edge, but this time around, the election can feel like a culmination of a year of incredibly difficult and deeply emotional events.

“The convergence of issues in our time [is] really weighing on people,” said Dr. Jack Cahalane, the senior director of integrated clinics, telehealth and community liaison at UPMC Western Psychiatric Hospital as well as a board member of the National Association on Mental Illness Keystone Pennsylvania.

Social change, addressing issues of social injustice and the Black Lives Matter movement, COVID-19, social distancing and a heated political climate “all come together, I think, to create a lot of stress and challenges for people,” Cahalane said.

Already this year, people have faced seemingly never-ending news cycles, online misinformation and, in many cases, sharp family rifts. And now, we’re in the midst of an election unlike any in modern history.

PublicSource spoke with four mental health experts to get a sense of how election stress can impact your mental health and ways you can lessen its impact, while still staying informed and having a say in the outcome.

Consider: Is your relationship to the election becoming a mental health problem?

Chances are the looming election has, at the very least, annoyed you at some point, but it can affect you in more serious ways that impact your mental health. It elevates to a medical issue when it prevents your ability to perform normal functions, according to Shalawn James, acting executive director of the Mental Health Association in Pennsylvania.

“Are you spending hours upon hours looking at social media or looking at the news, and then you’re not participating in normal, everyday activities?” James said.

It’s important to make sure that following election news does not affect your ability to complete essential tasks like sleeping, work responsibilities, eating and showering. This is when the election has encroached upon your life in a way that’s serious and requires some sort of change in your life. Seeking professional help is always an option for the worst of situations, but there are also small steps you can take to mitigate the impact on your mental health.

Staying informed represents an important part of citizenship and can be personally fulfilling for a variety of reasons. To some extent, staying informed can also help to make you feel better about high-profile current events such as the election. Being more secure and confident in your beliefs in an era of misinformation and overload can make you feel less stressed, according to Prairie Conlon, a Wisconsin-based mental health professional and national advocate of the use of emotional support animals.

“Doing the research and voting accordingly with what matches for you is really important, because you’re not so shaken by some of the claims,” Conlon said.

James also noted the value of making informed decisions and recommends seeking unbiased news outlets that lay out the information plainly so they can get a clear sense of the truth.

“Absolutely exercise your right to vote,” James said. “If you are eligible to vote in this country, you have the right to vote. Don’t let the stress of what is going on deter you from making a decision and actually getting out and voting.”

All of the experts PublicSource spoke to cautioned not to let the goal of staying informed and involved negatively impact your mood. Spending large amounts of time consuming news or other information about the election can be harmful for your mental health.

“Watching constant barrages of people criticizing, really blatantly and extremely, one side or the other, really helps to fuel that anxiety we feel, and I don’t think it necessarily changes anybody’s minds.”

Cahalane raised the constant onslaught of negative attack advertisements on television as one particularly harmful type of content, something perhaps heightened during the pandemic because of the increased amount of staying inside watching television. Trying to limit your exposure to these attack ads can be helpful, according to Cahalane.

“Watching constant barrages of people criticizing, really blatantly and extremely, one side or the other, really helps to fuel that anxiety we feel, and I don’t think it necessarily changes anybody’s minds,” Cahalane said.

People gravitate toward social media as a way to express themselves and share their feelings about current events, but social media can be especially addictive and harmful, according to Angelica Joy Miskanin, a psychotherapist with the Jewish Family and Community Services Counseling Services based in the Pittsburgh area.

“I engage in social media myself, so I certainly don’t judge the need for wanting to interact and, to some degree, stay connected to the people in your life who may be far away and that sort of thing, but we really have to take caution and limit our exposure to those things and get some distance from the screen,” Miskanin said.

Find ways to communicate effectively with loved ones who differ politically

Miskanin has noticed many people experiencing stark fissures in their family because of politics.

“There are folks who, no matter where they fall, are expressing their concern over the other party setting out to destroy what progress has already been made, and I think that causes a lot of distress,” Miskanin said.

Cahalane suggests limiting political conversation, whether you agree or disagree. For people close to you who you disagree with vehemently, you must agree to disagree, as the alternative often leads to upsetting arguments that don’t change anyone’s mind, Cahalane said.

“I’ve seen couples and families where these political divisions have really disrupted relationships because people feel so passionately on both sides,” Cahlane said. “So in the past, someone’s a Republican and someone’s a Democrat, they don’t agree, but it’s not that big a deal. Well, that pressure has been turned up a thousand percent in the current climate.”

However, Cahalane wants to be clear: someone expressing bigoted hatred should not be tolerated and should be called out if possible.

Americans are debating issues that hit close to home for some people — issues such as police brutality, racial injustice, abortion rights and health care.

“When you look at those kinds of things and look at taking those things away from people… that heightens an individual’s anxiety,” James said.

If a particular issue affects you personally, it’s likely going to impact your mental health more, she added.

Cahalane suggested “actively seeking out peer support and discussing it and understanding that your experience is real and normal.”

In addition to any new precautions one may take on to tackle election stress, experts recommend not forgetting normal self-care practices such as exercise, getting a proper amount of sleep and meditation.

“When people think about meditation, they frequently think about sitting with your eyes closed and your legs crossed for an hour and trying to think about nothing,” Cahalane said. “And I think that meditation can be used in very small increments. While you’re brushing your teeth, write down a meditative phrase and repeat that for the time it takes you to brush your teeth or for the time it takes to make coffee in the morning.”

One phrase he suggested comes from the Dalai Lama: “Do not let the behavior of others destroy your inner peace.”

Sometimes, life gets so busy that it can be hard to make time for self-care. Miskanin has a tip for a method that can always be accessed.

“The place that I like to start with folks is to remind them that when you have no other tools at your disposal that you always have access to your breath,” said Miskanin, who encourages slow, deep breathing. “And the breath is actually a really valuable tool that we carry with us everywhere we go.”