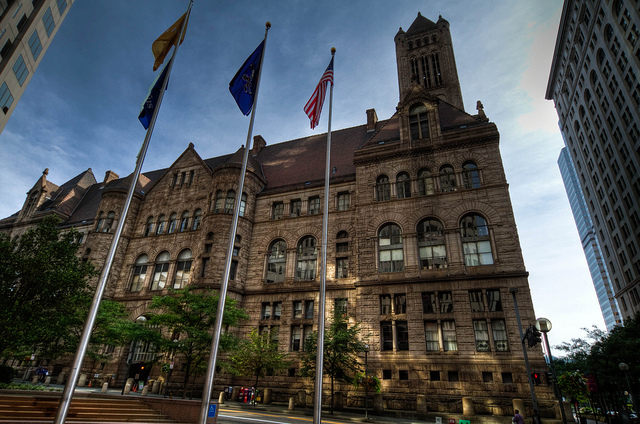 Nineteen counties in Pennsylvania have mental health courts, which aim to to keep people with mental illness out of jail.

Adult defendants with a previously diagnosed mental illness or disability in Allegheny County, for example, can be routed to the mental health court if they are awaiting trial or sentencing for a misdemeanor or nonviolent felony, and express interest in being involved in the specialty court.

In lieu of jail time, defendants are usually connected to special services probation officers and may be placed in treatment.

Yet PennLive, the web presence for the Harrisburg Patriot-News, estimated that 28 percent of Pennsylvania inmates have mental illness, of which one-third are serious conditions like schizophrenia and bipolar disorder.

Mental health courts may only modestly prevent recidivism, even if they offer housing and social services similar to drug courts, according to a recent Kaiser Health News article. And it’s unclear if the court’s interventions have any effect on long-term mental health.

Nationally, KHN cites a study that estimates about 11 percent of the general population has a mental illness, while three times as many prisoners are.

According to KHN, the courts only handle about 5 percent of cases that involve offenders with mental illness.

Given their limited resources, it’s critical that mental health courts target the right people, generally those who are at highest risk for committing a new crime and who have serious mental illness, say experts.

KHN reports that people who go through the mental health court system have a significantly lower recidivism rate of 20 percent, compared to 72 percent who don’t go through the specialty court.

The mental health courts should, ideally, reduce overcrowding in correctional facilities and relieve taxpayer burden, but considering that a high portion of the Pennsylvania prison population is mentally ill, some experts consider the courts an unnecessary and inefficient cost.

“It’s an inefficient solution, and one that has costs that haven’t really been examined,” says Ira Burnim, legal director at the Bazelon Center for Mental Health Law. “It’s inefficient in the sense that these courts are doing the work of managing the process of engaging and working with the individual that the mental health system should be doing.”