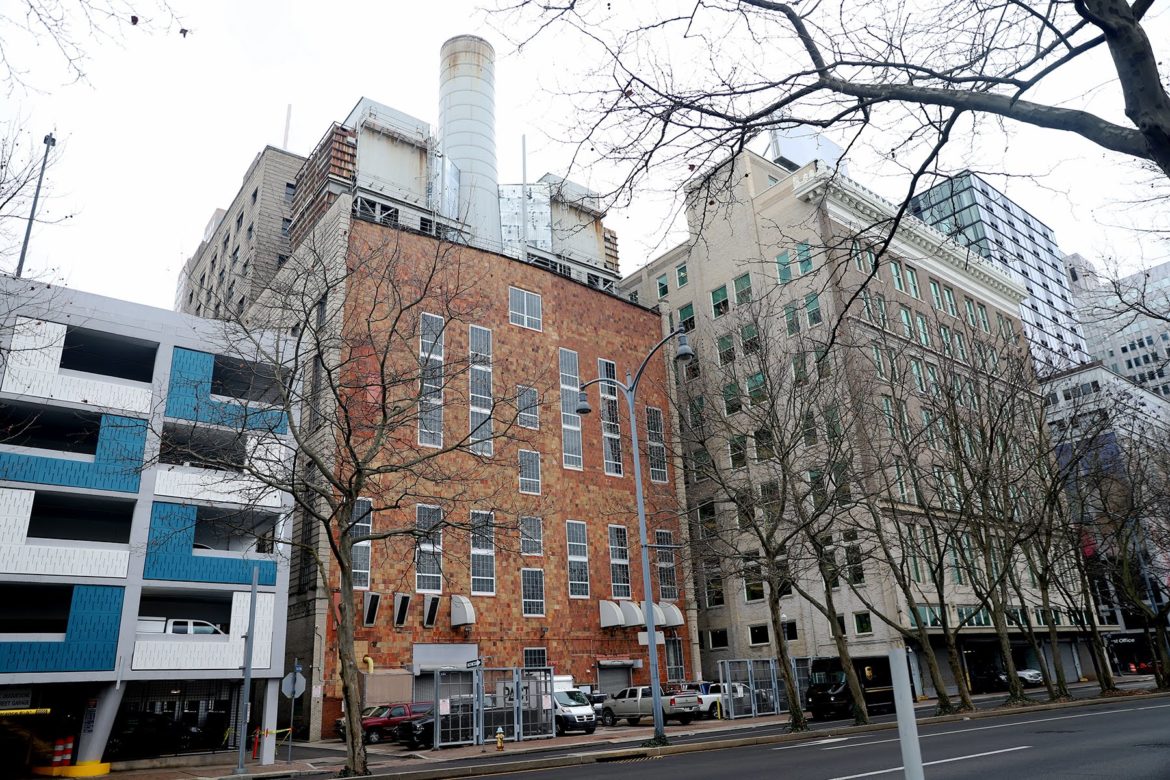 A century-old system that steam-heats 52 Downtown buildings may be sold to a for-profit firm in a deal that could have implications for Downtown real estate and Pittsburgh’s bid to slash emissions.

The Pittsburgh Allegheny County Thermal [PACT] system, which runs a Fort Duquesne Boulevard boiler and a network of tunnels and pipes Downtown, has been losing steam for decades. PACT had 102 member buildings in 1992, but membership dropped to about half that today, and a big one — Allegheny County — has said that it intends to pull out next year.

That move prompted an “urgent” meeting of the PACT membership on Monday, at Revel + Roost near Market Square.

Jim Lodge, vice president for strategy and business development for Princeton, N.J.-based Clearway Energy Inc., presented a plan to take over the system. A PublicSource reporter was ejected from the meeting as that presentation began.

“The basis for [Monday]’s meeting was really to have the members understand what the options were moving forward with PACT, and the options being presented to the members by Clearway Energy,” Danny Cerrone Jr., PACT’s solicitor and an attorney at Clark Hill, said in an interview Tuesday. “Clearway is presenting an option to potentially offer to take over parts of the PACT system and operate the PACT system, plus their own upgrades and new facilities within the Golden Triangle.”

If Clearway buys PACT, a venerable nonprofit utility cooperative will be replaced with a freshly minted profit-seeking firm that already has footholds in Uptown and North Side.

Late Friday, Clearway issued a statement saying it “has worked with PACT to find safe, reliable, and efficient solutions for a smooth transition to a modern thermal energy system.”

Clearway wrote that if an agreement is reached, it “may utilize portions of PACT’s existing infrastructure, which, if successful, would serve to keep costs low for all stakeholders – PACT, downtown customers, and Clearway Energy, Inc.”

Other than the distinctive brick building and smokestack along Fort Duquesne Boulevard, PACT’s assets are underground and, usually, unnoticed. When steam billows from grates along Downtown streets, that’s PACT.

And in October, when a city street collapsed, swallowing a Port Authority bus, PACT had to join other utilities in the so-called sinkhole, repairing an impinged steam return line.

"There was a lack of commitment from customers to long-term agreements to stay in.”

The boiler, pipes and tunnels owned by PACT date back to 1915, and were built to serve as many as 300 buildings, according to a 2013 audit by the Allegheny County Controller. The system was transferred in 1983 from a private operator to PACT. That nonprofit is led by a board including one member each appointed by the city and county leadership, and five representatives of private firms.

PACT is showing its age.

“There is a significant investment that needs to be made in order to upgrade a system that’s 100 years old,” said Cerrone, declining to put a dollar figure on the needed improvements.

“We had a lot of concerns about the infrastructure,” said county Manager William McKain.

“Deteriorating tunnels, deteriorating piping. There was a lack of commitment from customers to long-term agreements to stay in. There was concern that the customer base would continue to decline.”

The county, which has five buildings on the system and part of the City-County Building, has historically paid higher rates for steam from PACT than have some other customers, he added, echoing the findings of the 2013 audit. That audit, by the county controller, found that PACT negotiated uneven rates with its customers.

Facing a likely rate hike to cover improvements, McKain is pulling the county out of PACT. He’s working with Peoples Natural Gas on a system of boilers that should, by mid-2021, serve a cluster of buildings including the courthouse and the jail.

“It will be cheaper — certainly more efficient” than PACT, said McKain. The county will pay Peoples over 20 years, after which it will own the system outright, he said. 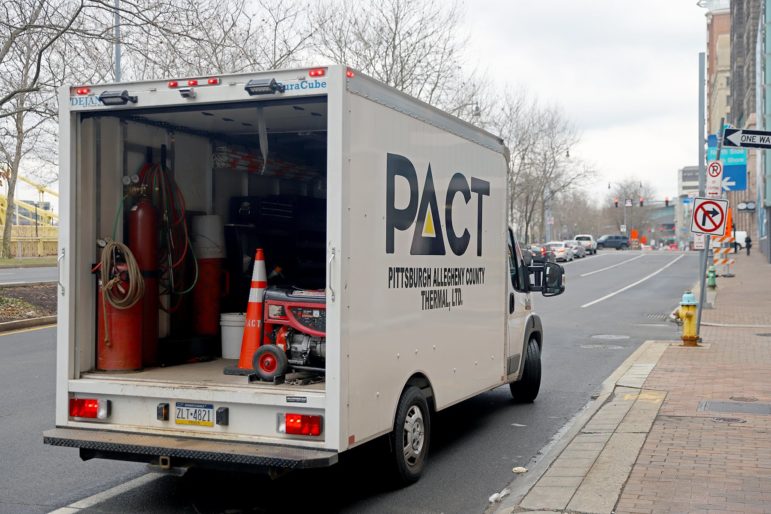 The county represents “a significant percentage of our yearly annual load,” Timothy O’Brien, PACT’s operations manager said. It’s also a big chunk of PACT’s revenues, which have ranged from $6.9 million to $8.8 million in recent years, during which the cooperative has been on both sides of the break-even line.

In 2016, the cooperative issued a request for proposals from companies that could “put together a master plan for PACT moving forward,” as Cerrone put it. PACT began working with one of the respondents, NRG Yield Operating, in 2016, he said.

In 2018, NRG became part of Clearway, which bills itself as “an energy infrastructure investor in and owner of modern, sustainable and long-term contracted assets across North America.”

The Monday meeting was described in an email from O’Brien to PACT members as “urgent” and meant to “address the critical need” for members of the cooperative to sign an agreement with Clearway. Pittsburgh Mayor Bill Peduto was expected to make opening remarks, according to the email. The mayor attended but did not make any remarks during the portion of the meeting attended by PublicSource.

The mayor’s appointee to the PACT board, city chief resilience and sustainability officer Grant Ervin, told some 30 people at the meeting that the administration feels that the steam system is an important part of the city’s effort to reduce emissions by 50% by 2030.

“The more buildings that you have with more boilers means the more natural gas that you’re consuming which means the more pollution that you’re generating,” he explained in an interview Tuesday. A single heating plant allows for more effective emissions control, he said.

At the meeting, he added that PACT could eventually be linked to other multi-building heating systems — including those run by Clearway and separate systems in Oakland — “to really create next-generation technologies” like those used in some Scandinavian cities. The administration is even consulting with the Danish Energy Ministry, which has experience in shared heating systems, and a representative of the country’s embassy attended the Monday meeting.

There’s likely no avoiding the fact that “there will be a rate increase in association with the upgrades,” following 13 years of flat rates for PACT members, said Cerrone. He said he expects members to decide, over the next two to three months, whether to sign on with Clearway.

“There could be a vote of membership at some point,” said Cerrone.

Ervin said the steam system “really is critical for the continued growth and investment in Downtown Pittsburgh. It’s also critical from an environmental and safety standpoint in terms of our pathway to reducing emissions. … Continued investment in the growth of this system is paramount.”

Correction (3/1/2020): This story previously misstated the affiliation of Jim Lodge of Clearway Energy Inc. The story has also been updated to include comment from Clearway.