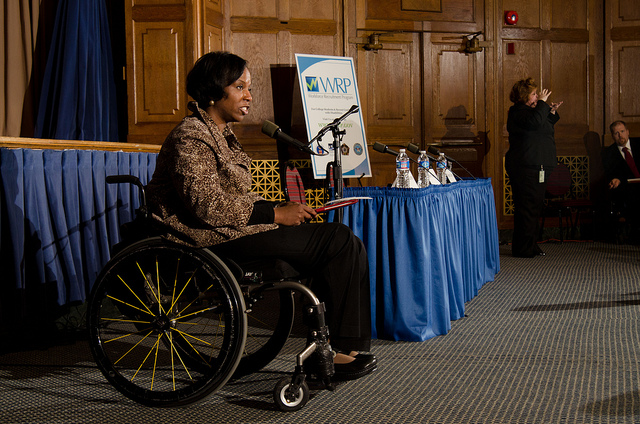 A new federal personnel report shows that 2013 was a banner year for the hiring of people with disabilities by the U.S. government.

The Disability Scoop reports that governmental agencies hired more than 16,000 people with disabilities in fiscal year 2013. It was the government’s highest rate of hires for this population in 30 years.

Now, nearly 234,400 people with disabilities are employed by the federal government.

That means people with physical, intellectual and psychiatric disabilities make up almost 13 percent of the federal workforce.

“This success has led to more people with disabilities (on board) in federal service, both in real terms and by percentage than at any time in the past 33 years,” wrote Katherine Archuleta, director of the Office of Personnel Management in her report to President Barack Obama.

Despite the progress, some feel more could be done.

“While the last few years have seen some modest increases in the numbers of people with disabilities employed by the federal government, The Arc remains deeply concerned that many people with the most significant disabilities, including jobseekers with intellectual and developmental disabilities, are being left behind,” said Peter V. Berns, CEO of The Arc.

The Arc is a national advocacy organization for people with intellectual and developmental disabilities.

Obama and his administration have followed up on the 2010 executive order with other actions that are changing the scene for people with disabilities in the workforce.

In February, he specifically included workers with disabilities when he raised the minimum wage to $10.10 for people employed under all new federal contracts.

A month later, federal contractors and subcontractors were faced with a new requirement through the Rehabilitation Act; they must try to fill 7 percent of positions with people who have disabilities.