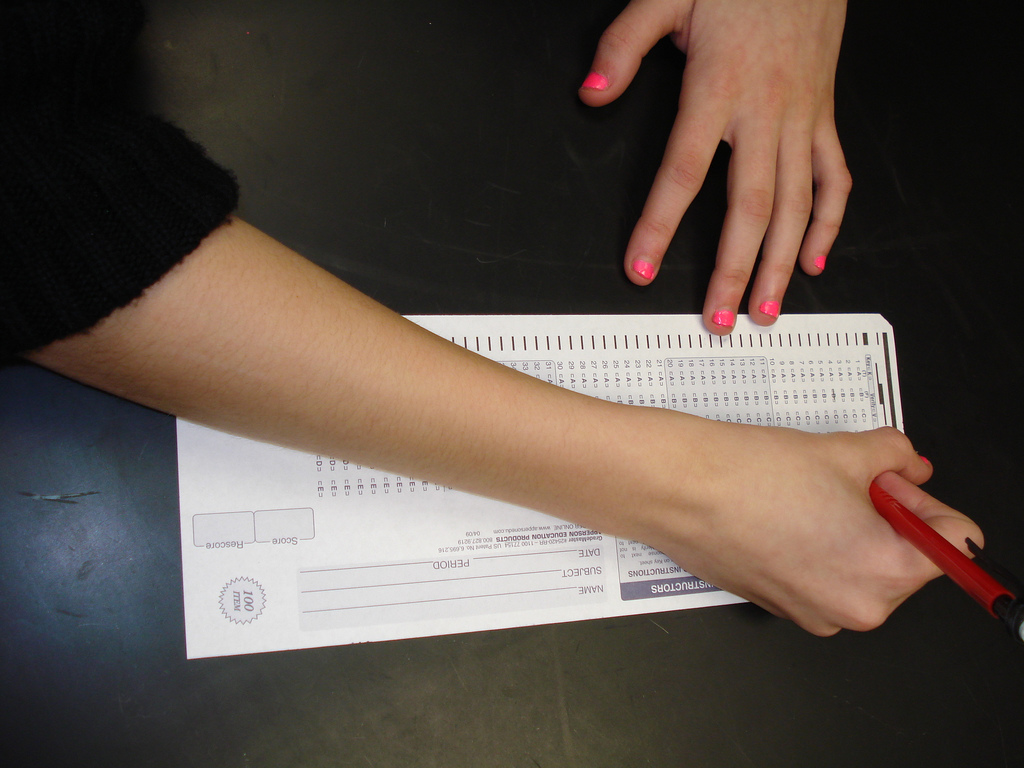 Some students with disabilities are eligible to take a different standardized test than their peers who don’t have disabilities.

Disability Scoop reports that a new proposal in Congress would make that alternate test — typically reserved for the students with the most severe cognitive deficits — available to more students with disabilities.

But disability advocates are coming out against it, arguing that it will allow schools to default to the alternate test for disabled students rather than make the effort to keep them on pace with others in their grade.

“(The proposal) could allow schools to take millions of students with disabilities out of the general assessment which would also often mean off track for a regular high school diploma — something that could happen as early as 3rd grade,” reads the letter signed by 25 disability advocacy groups as part of the Consortium for Citizens with Disabilities. “Unfortunately, the provisions in your draft would lower expectations for these students and ultimately limit their ability to become fully economically self-sufficient.”

Already the unemployment rate among people with disabilities is double that of the rest of the population.

There are many national initiatives, spearheaded by both government and advocacy groups, that are trying to close the gap on the unemployment rate and find competitive, integrated employment for people with disabilities.

This proposed change to the Elementary and Secondary Education Act, known as No Child Left Behind, has the potential to derail those efforts for many young people with disabilities.

With school curriculums largely tied to the bar set by standardized tests, [Lindsay] Jones [from the National Center for Learning Disabilities] said that kids with disabilities would likely be provided less access and subject to lower expectations if schools are able to give alternate assessments in greater numbers.

“I think everyone agrees we need an alternate assessment for kids with the most significant cognitive disabilities. For certain students it’s appropriate, but for the vast majority — 90 percent of students with disabilities — it’s not,” Jones said.

The U.S. Senate is scheduled to meet again next week about the update to the education law.