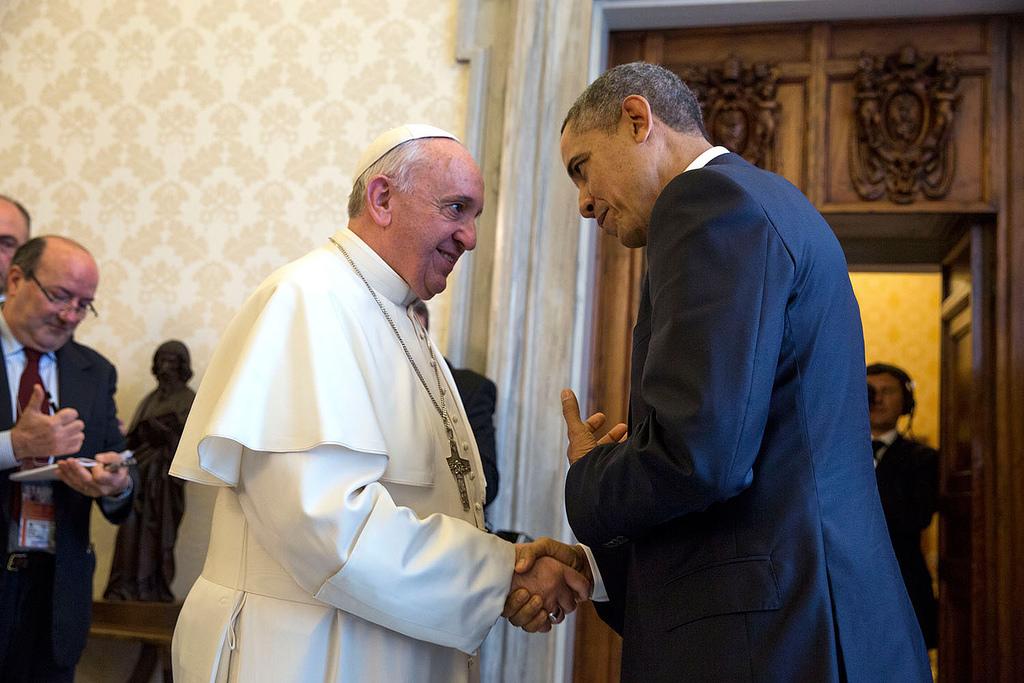 Democrats sure hope so.

According to The Guardian, Democratic members of Congress and environmental groups hope the pope will keep the focus of his six-day visit on his “core themes” of climate change, poverty and global economic order.

The pope is scheduled to address Congress on Thursday morning. He’ll be the first pope ever to do so.

Sheldon Whitehouse, the Democratic senator from Rhode Island, said he believed the call to action from a popular pope made it increasingly difficult for Republicans to continue to dismiss the science on climate change. “I think this whole edifice of climate denial is crumbling,” Whitehouse told the Guardian.

But some Republicans worried that the pope’s visit would become an opportunity to call them out on their climate change stances.

On the eve of the pope’s visit, Paul Gosar, a Catholic Republican from Arizona, said he would boycott Francis for promoting what he called “questionable science”.

Some Democrats hope the pope’s visit will help sway some moderate Republicans to back bills on energy and climate change.

“The pope will be helpful in bringing some of the moderates to us,” Ruben Gallegos, a Democratic house member from Arizona, [said in] a conference call.

“Unfortunately the attack on the president’s efforts to mitigate carbon emissions from coal power plants will continue from that wing of the Republican party.”

In June, Pope Francis released a 180-page encyclical seen as an intervention in the climate debate, where he called on the world’s wealthiest nations to pay their “social debt” to the poor and take real steps to address a warming planet.

“The Earth, our home, is beginning to look like an immense pile of filth,” the pope wrote in the encyclical.

The Guardian article points out that even before the pope released his encyclical, Republicans in Congress had been “slowly edging away from outright climate denial.”

Fifteen Senate Republicans voted at the beginning of the year that humans have contributed to climate change. And last week, on the cusp of the pope’s visit, nearly a dozen Republicans broke party ranks when they signed a resolution calling for actions to address climate change.

In his encyclical, the pope called for a major divestment from fossil fuels. Yet, as Reuters found, Catholic officials in U.S. oil states are leasing out church land to oil and gas drilling.