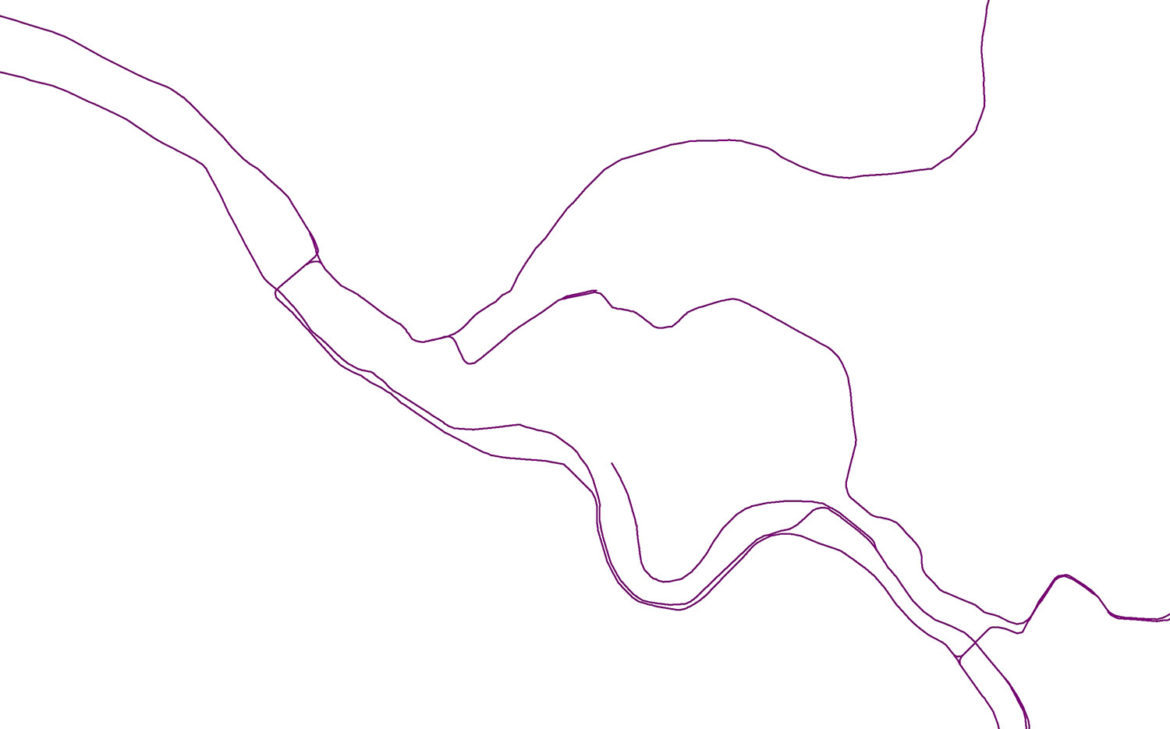 Here at PublicSource, we’re all about information: getting it, writing about it, sharing it. And we think it’s extremely important to share with our readers how we use the information we gather to create the stories we do. After all, we ask for transparency from others, and we’re more than happy to give it as well.

Here’s an explanation of how we created the map of danger zones for crude oil train derailment, included with the story that reported more than 40 percent of Pittsburgh residents are in those danger zones:

The point of the map was to figure out how many people live within established danger zones in the event of a crude oil train derailment. The federal government sets the evacuation zone at a half-mile.

Mapping is an important resource not only for visualization of data, but also for analysis of data.

We started by collecting a series of files that would help us map locations, like the city of Pittsburgh; features, like rail lines; and data, like regional populations. These files are called shapefiles.

Here are shapefiles we relied on for our crude map:

K-12 schools from the City of Pittsburgh (updated March 2014)

The schools shapefile consists of 180 public, private and charter schools that fall within the city of Pittsburgh. Included in those 180 were closed and open schools. We removed all closed schools for our analysis.

This is a shapefile of all of the railroads in North America. In addition to the geographic tracks, this shapefile provides non-visual information like line ownership, operational status (active, abandoned, out-of-service) and transportation type (passenger or freight). In order to get the most accurate information, we made sure to only map active, non-passenger rail lines. We also could only confirm that the CSX- and Norfolk Southern-owned rail lines would be carrying crude oil, so we removed all other lines.

This shapefile was useful in identifying the boundary lines of the city of Pittsburgh, and it became handy in using our next shapefile.

A census block is a geographic area created by the Census Bureau to make the job of collecting information about populations easier. Multiple census blocks usually exist within a city.

Here’s where things get interesting. Using the Pennsylvania places shapefile and the Census Block shapefile, we were able to join the two sets of data, dividing the city up into smaller areas that would then be able to feed us information about population in those areas.

Armed with our rail lines and our Census Block data, we were able to use a mapping program (ArcGIS for this project) to draw a half-mile danger zone around the rail lines we laid down.

We took that half-mile danger zone and joined it with our Census Block shapefile. This gave us a more detailed look at the danger zone, dividing it into the smaller area shapes and attaching population data to each danger zone block (colored in orange).

From there, all we had to do was add up the populations for each orange block. To be as accurate as possible, we made sure to get only partial population readings from the blocks with portions that fell outside of the danger zone.

We also added Pittsburgh K-12 schools that fell inside of the danger zone, of which there were 72. You can find out which ones here.

Lastly, we refined the visuals of our map to make it less hectic and we added some geographic features, like main roads and rivers, to help our readers see how it relates to their daily lives.

Let us know how we did.