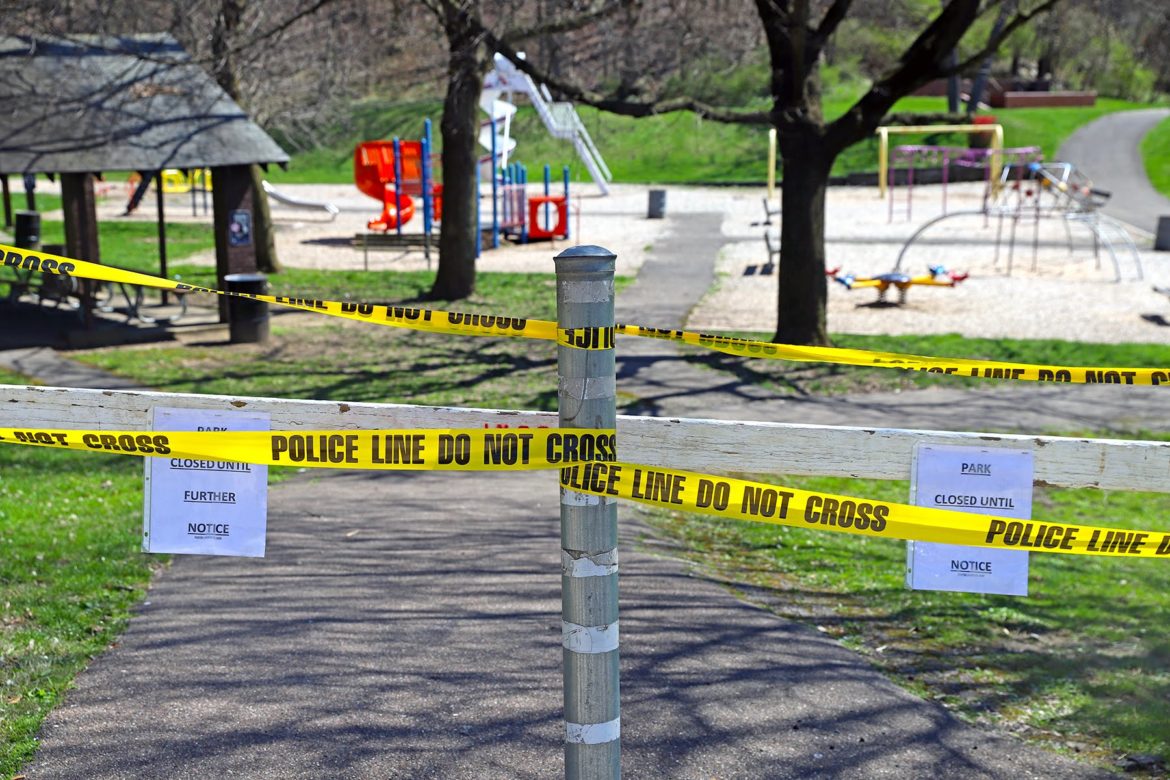 COVID-19 presents mental health challenges beyond the scope of previous tragedies. Beyond death, society is grappling with isolation and economic hardship. (Photo by Jay Manning/PublicSource)

Twenty-five years ago, I flew into Oklahoma City with a team of people from the Allegheny County Office of Behavioral Health to consult with Oklahoma officials following the destruction by Timothy McVeigh of the Alfred P. Murrah Federal Building. With 168 people dead and many more injured, it was the largest act of domestic terrorism in American history.

I will never forget seeing all of the rescue workers climbing through the wreckage.

Now we face COVID-19. Even if we can wrap our minds around some 2,300 deaths in Pennsylvania and more than 60,000 nationally, it is hard to fully grasp its profound impact on mental health and wellbeing. My mind goes to the process used in Oklahoma City, when we sorted out the event’s nidus — the seat of its growth — and the likely radius of its impact.

How will the trauma and the social destruction of this pandemic affect us? In its magnitude, nothing in recent memory except the HIV epidemic and terrorist attacks on Sept. 11, 2001 has radiated out as far. In its local intensity, only the steel industry’s demise — with the resulting depression, anxiety, substance abuse and suicides — truly compares. But even comparisons to the HIV epidemic, Sept. 11, or the fall of steel understate the all-encompassing way COVID-19 has frightened so many people on an ongoing basis or caused so much immediate social dislocation.

We are in an unprecedented struggle against an insidious foe that infects, in different ways and proportions, our bodies, minds, spirits and the bonds between us. To promote and support the resiliency and perseverance, we need to recover well, we need to attend to the trauma — just as we would following a bombing or a plane crash — in all its forms and locations. We must ensure that everyone can access the material and psychological resources they need to feel safe, secure and capable of addressing the challenges they face. Those resources include access to a trusted person who can help to make you feel valued and competent to handle challenges as they come at you.

Trauma, then ripples of pain

We were in Oklahoma City because of our region’s experience with the crash of USAir Flight 427 in September 1994. 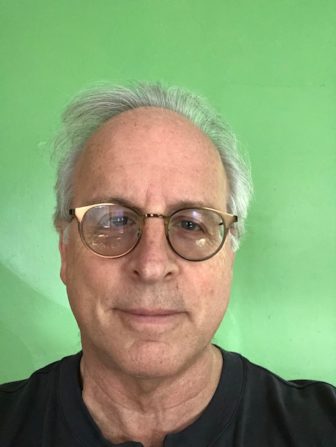 When the plane crashed, I was a young psychiatrist in the Department of Psychiatry at the University of Pittsburgh. I had no experience in dealing with mass casualty events and the psychological trauma and social destruction that go with them. Fortunately, I joined with other people from the university and the county Office of Behavioral Health and we organized initiatives to address the grief and distress of the families and friends of the 132 victims, the first responders, airline and airport workers and the general public. We linked with politicians, the media, faith communities and other mental health care providers.

When we got to Oklahoma City seven months later, we were a bit more organized, running down a mental checklist. We knew we had to think clearly about who would be affected and what was likely to happen next. We had to imagine the explosion as the nidus of an event that radiated out in many directions. We began to imagine how and to what degree people and communities in an enlarging circle would feel the trauma — the grief, fear, stress and displacement and the subsequent post-traumatic stress disorder, depression, anxiety and substance abuse — that the bombing engendered.

Surviving victims, families of the victims, first responders and rescue workers were, obviously, exposed to the explosion. The blast shattered windows up to at least a quarter mile away, and people in that radius were also affected. Emergency room workers who cared for the injured experienced significant trauma. Less obvious were the homeless people of the city. They lost their primary shelter because it was near the Murrah Building and couldn’t be occupied. Many police, reporters and newscasters — hardened as we imagined they might be —  were overwhelmed by the scale of death and destruction.

Over the next two days, we met with representatives of these groups and various helping organizations, including leaders of faith organizations, the media and hospital systems. We supported the idea that the state create an ongoing project to address the psychiatric challenges of people affected by the explosion. Five weeks later, we were back to see the unveiling of Project Heartland, which, for the following five years, addressed the mental health concerns of people affected by the bombing through counseling and activities that helped them to reconnect and move their lives forward.

These events run through my mind whenever a disaster or mass casualty event occurs, especially around Pittsburgh. These include floods, Sept. 11 and the crash of Flight 93, hurricanes Katrina and Rita, the Great Recession, the HIV and opioid epidemics and several mass shootings, including the terrorist event at the Tree of Life synagogue. I came to understand that the collapse of steel here was a profound regional disaster and recognized that much of what has happened in our region has grown out of the trauma of that still-unfolding story.

Today, for all the talk of recovery, the end of the pandemic is nowhere in sight. No treatment that lessens its deadly capacity or vaccine to stop its incessant spread has materialized. Personal protective equipment remains in short supply. The economy is on the floor. 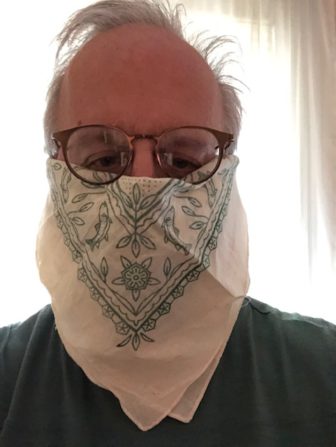 Clearly, the nidus of the COVID-19 trauma, the source of its great damage, is the illness itself  and the death, grief and fear it generates. Families of the dead, people who are ill with the disease, survivors of hospitalization, their families and friends, people with known exposures, followed by health workers, are the inner circle of concern. People at high risk, older and/or with multiple morbidities, especially those living in congregate care settings like nursing homes and psychiatric facilities, are increasingly moving into that inner circle as the virus continues to find its way to them. The same is true of our essential workers, who daily face exposure, and of their households. And, of course, we are learning about the extreme risk to people working in large food processing plants and to inmates and staff in our jails and prisons.

Politicians and leaders in public health, medicine, business, labor, media and in the institutions of civil society are subject to the enormous strains of leadership. They, too, are in the radius. How they are doing and how they relate to each other and the nation is of critical importance.

The rest of us, staying at home, are at risk from the isolation and confinement we are asked to endure to slow the spread of the disease. Single adults and single-parent families, especially those with low incomes and/or the burdens of ill health and substance use, likely have limited resources to manage the resulting stress. Couples and families who were struggling with these same burdens before the virus are not far behind. To this number, we need to add school-age children and college students, all now at home, who have seen their educations disrupted.

Millions have lost their sources of income and are now dependent on the potentially fickle and inadequate resources of charity and the federal government. Personal and national economic collapse looms large as masses of people struggle to afford the necessities of life.

The stresses and traumas we are enduring don’t even end there. The virus and the responses to it are finding the cleavage points in our society, highlighting areas of division and conflict. We know that it seeks out socially excluded and marginalized populations and disproportionately kills Black Americans, disabled people in congregate care and low-wage essential workers. We know that the response to the virus has been politically contested since the beginning and that the anticipated recovery phase appears to be equally contested, if not more so. Lives, livelihood and profit are on the line. This means that mental health responses targeting particular populations have to also attend to issues like social class, race/ethnicity, gender, sexual identity, age and disability. Conflict is likely to be an underlying theme of the experience of the epidemic, especially in terms of the recovery process.

For our nation to endure this pandemic and recover well, the institutions of our society must function at the highest level possible. For psychiatry, that means starting at the nidus — as overwhelming as it may seem — and following it outward, however far it goes.

Kenneth S. Thompson, M.D., is a psychiatrist at the Squirrel Hill Health Center, and director and co-founder of the Pennsylvania Psychiatric Leadership Council. He can be reached at Visiblehands@mac.com or on Twitter @visiblehands.