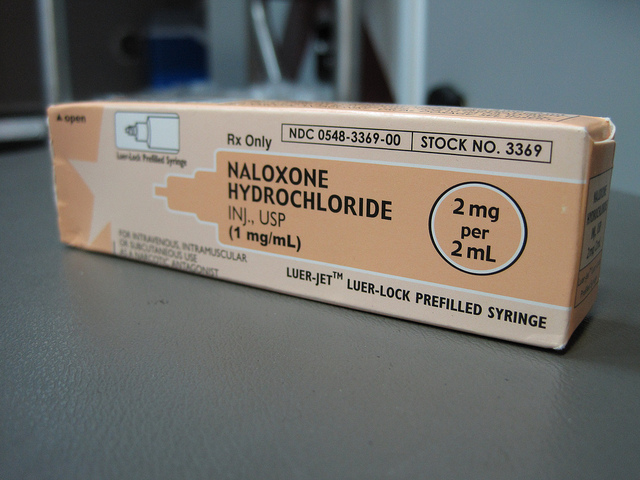 What does it cost to save a life?

More all the time, according to law enforcement and public health officials complaining about a spike in the price of the overdose antidote naloxone.

Police in many states, including Pennsylvania, use the drug to snap an opiate user out of an overdose if it’s administered quickly. Rather than killing the user, the heroin simply stops working.

But the cost of naloxone has soared, according to The New York Times.

In Georgia, police officials have seen the price of a kit containing the drug rise to $40 from $22. Departments in New Jersey, where heroin addiction has ravaged small communities, are facing similar increases.

In New York City, a spokeswoman for the Health Department said a more than 50 percent price increase for nasal naloxone has officials “concerned” over the future of its distribution programs.

Public health officials are concerned that the jump in cost will limit access.

Naloxone, also known as Narcan, is commonly administered as a nasal spray, which requires a high concentration of the drug, as the Times reports.

The Food and Drug Administration has approved a far more costly injector device but has not approved a naloxone nasal spray. Using an atomizer to shoot the drug into a person’s nostril is an off-label use.

The Times contacted naloxone manufactures about their prices. The president of Amphastar said its manufacturing costs have increased yearly. He wouldn’t give pricing specifics “for competitive reasons,” according to the article.

A representative for Hospira, a second maker of the drug, said its version costs about the same as “a large pizza.”

Naloxone was developed decades ago, but was mostly administered by paramedics or emergency room doctors. Police and firefighters – often first responders to an overdose – usually didn’t carry naloxone.

For years, prices were steady. But with large police departments starting to carry the drug, costs have climbed.

“We’ve had a pretty steady price for several years now,” said Matt Curtis, the policy director of VOCAL-New York, an advocacy group. “Then these big government programs come in and now all of a sudden we’re seeing a big price spike. The timing is pretty noticeable.”

In the midst of a national heroin crisis, many states reacted by reducing the barriers to get naloxone, specifically authorizing police and firefighters to carry the drug and even allowing it to be given to regular citizens.

Pennsylvania was slow to follow (25 states and the District of Columbia had acted first). It wasn’t until September that the state legislature passed a bill specifically authorizing police and firefighters to carry the drug.

No law prohibited them from carrying naloxone, but most police and firefighters in Pennsylvania were not carrying it.

The new state law also permits doctors to prescribe naloxone to family and friends of an addict, the first people likely to be on the scene of an overdose.