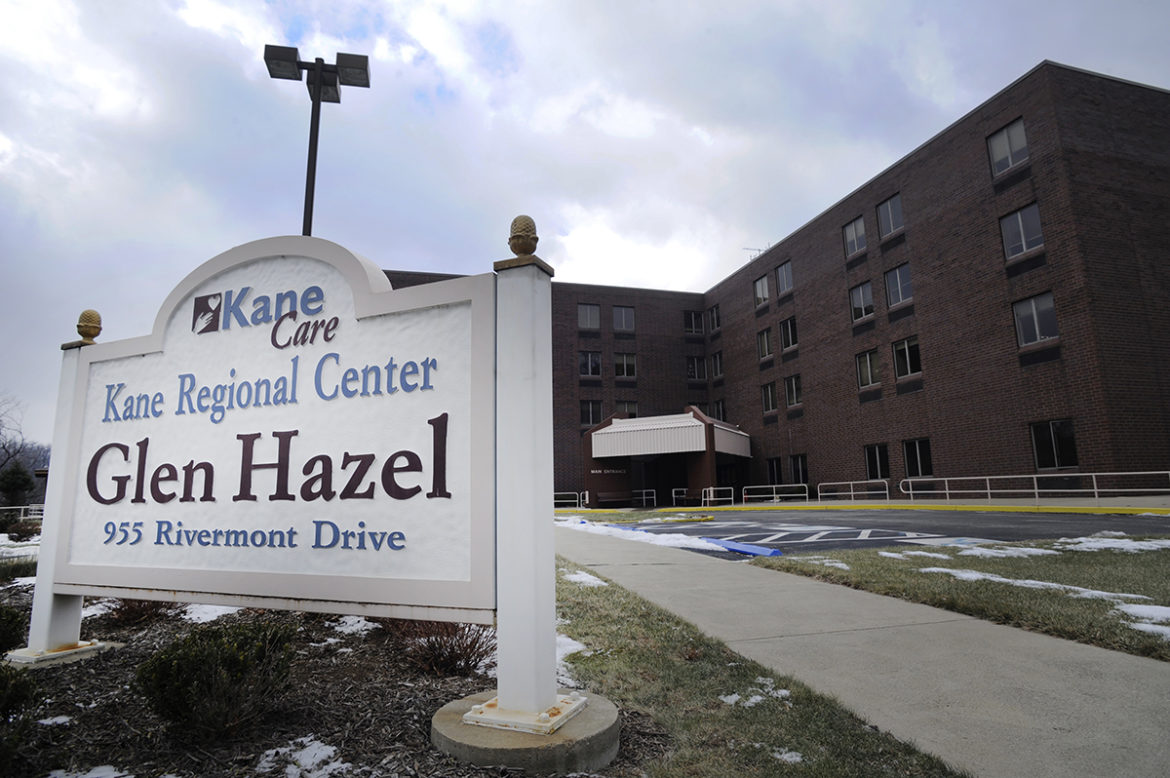 The Kane centers spent $7 million on overtime last year, according to calculations by the Allegheny County Department of Budget and Finance. In 2013, overtime pay cost the county $6.3 million. In that time period, the number of Kane employees has fallen from nearly 1,300 employees to fewer than 1,200. Kane has 21 job listings posted on the county’s careers website, several of which are seeking multiple candidates.

Overtime at the Kane nursing homes was widespread. More than 200 Kane employees earned $10,000 or more in overtime pay in 2015.

The Kane Regional Centers — located in Pittsburgh, McKeesport and Ross and Scott townships — spent more on overtime than any other county department in 2014 and 2015. However, the nursing homes also have more employees than any other department.

The Kane centers have more than 1,100 beds, and most residents are low income and supported by Medicaid.

When PublicSource first reported on the Kane facilities a year ago, we found some nursing staff working 80 hours per week and the potential for mistakes or harm to patients.

While overtime is common in nursing homes, human resources and nursing home experts who spoke with PublicSource were concerned about employees working 60- and 80-hour workweeks.

Requests to interview County Executive Rich Fitzgerald and County Manager William McKain on this issue were rejected for the second year in a row. Last year, Dennis Biondo, who is the executive director of the Kane Regional Centers, spoke to PublicSource, but that interview request was declined this year.

In an emailed statement attributed to Biondo, he wrote, “It is not possible to just refuse to permit overtime as the needs of the residents must always be met and are our first priority.”

Even though overtime costs have increased each year since 2013, Biondo wrote that overtime is constantly monitored at each center and in monthly meetings with the county’s budget office and the county manager’s office.

The difficulty in staffing a nursing home

The traditional answer to reducing overtime, Good said, is to hire more people.

Last year when PublicSource calculated the costs of replacing existing overtime with new employees, we found that it would be slightly less expensive to hire new nursing assistants and give them benefits than it was to continue using overtime.

Those calculations did not factor in legacy costs such as pensions or costs related to turnover.

Turnover is fairly high in nursing homes and can extend up to losing and replacing 30 to 40 percent of employees annually, according to Nick Castle, who has studied turnover at nursing homes and is a professor at the Pitt Graduate School of Public Health. Last year, Biondo said turnover at the Kane centers was lower than many places.

Good said many organizations face challenges in the search to hire people with the right types of skills. That’s why “recruiting and selection practices are being more critically analyzed,” she said.

A resident sits in a common area of the Kane Regional Center in Glen Hazel in January 2015. PublicSource reported on the use of overtime at the nursing homes last year. (Photo by Connor Mulvaney/PublicSource)

The county regularly looks to hire new people and has more job listings on the county’s website than any other department.

“When it is determined that additional staff is needed, we hold job fairs, specific to the needs of the Regional Centers, particularly in the nursing department,” Biondo wrote. “We had two job fairs last year, one at Scott and one at Ross. We have another job fair scheduled for later this month in Glen Hazel.”

Castle said that he’s seen cases where management might be making a good decision to use overtime because staff want the extra hours and it helps to retain employees.

“It's difficult to get good staff in nursing homes,” he said.

Castle said his research has shown that the consistent assignment of staff to the same residents improves the quality of care.

Professor Mark Fichman, who teaches organizational behavior at Carnegie Mellon University’s Tepper School of Business, said government is under tremendous pressure to drive down costs, which is easily observable and quantifiable.

Last year, Biondo said it was cheaper for the Kane centers to pay overtime than hire new employees.

Fichman said that “employers may feel more able to do this in conditions where employees feel like they can't afford to lose their jobs.”

A 2015 report by the Keystone Research Center, a left-leaning Harrisburg think tank, asserted that many of the about 87,000 nursing home workers in Pennsylvania are paid “poverty wages.” According to the report, the average hourly pay for a certified nursing assistant is $13, and it’s typically lower for those who work in food services, housekeeping and other non-direct care jobs.

Last year, PublicSource found that certified nursing assistants at the Kane centers were paid more than the state average.

Overtime is common in nursing homes because there’s a constant need for care. Employees work around the clock to provide food, medicine and help for residents. There are also state minimum requirements for how much time the nursing staff must spend with each resident.

Carrie Leana, who is the director of The Center for Health and Care Work at Pitt, has researched the connection between job attachment and turnover in nursing assistants and other primary caregivers for the elderly.

“I really appreciate the ‘thank you’s’, the ‘I love you’s’ and the gratitude. I feel like I’ve really contributed,” one worker said in a 2009 paper co-authored by Leana.

Fichman cited Leana’s work and said, “It's important to appreciate that. They want to feel some connection or some obligation to the patients. I think that makes it more difficult for them to say no (to overtime).”

This was one of the reasons Biondo, the Kane director, said he was happy to see employees volunteer for overtime.

“We are aware and mindful that some staff members work a lot of overtime but we are constrained in our ability to impose limits by several factors,” Biondo wrote in a recent email. “It is preferable to accept volunteers when overtime is needed and, when good workers volunteer, that promotes continuity of care.”

While Biondo said last year that he did not see mistakes directly related to overtime, a recent article from the Pittsburgh Tribune-Review relayed the story of a person who said his relative was not moved from bed for the entire day during a recent snow storm when several employees called off work. Biondo said they would look into what happened.

Over the past year, state health investigators have found numerous problems at all four Kane facilities that have the potential for harm.

A July investigation at the Glen Hazel facility revealed powerful antipsychotic medication meant to calm aggressive outbursts was repeatedly given to three residents when no aggressive behavior was noted. The report notes that the use of antipsychotics will be audited by the Director of Nursing, or whomever that person designates.

One resident, who requires help to get to the bathroom, was not waiting for staff because “they are busy and it takes too long,” according to a September inspection at the Scott Township facility. The report said the facility would audit response times to calls from residents.

Several residents at the McKeesport facility complained that their pressure sores — damaged skin caused by staying in one position for too long — were not properly evaluated, got worse or were not treated at all. A variety of fixes from this November investigation included removing a nurse from the wound team and instituting more training on determining the severity of sores.