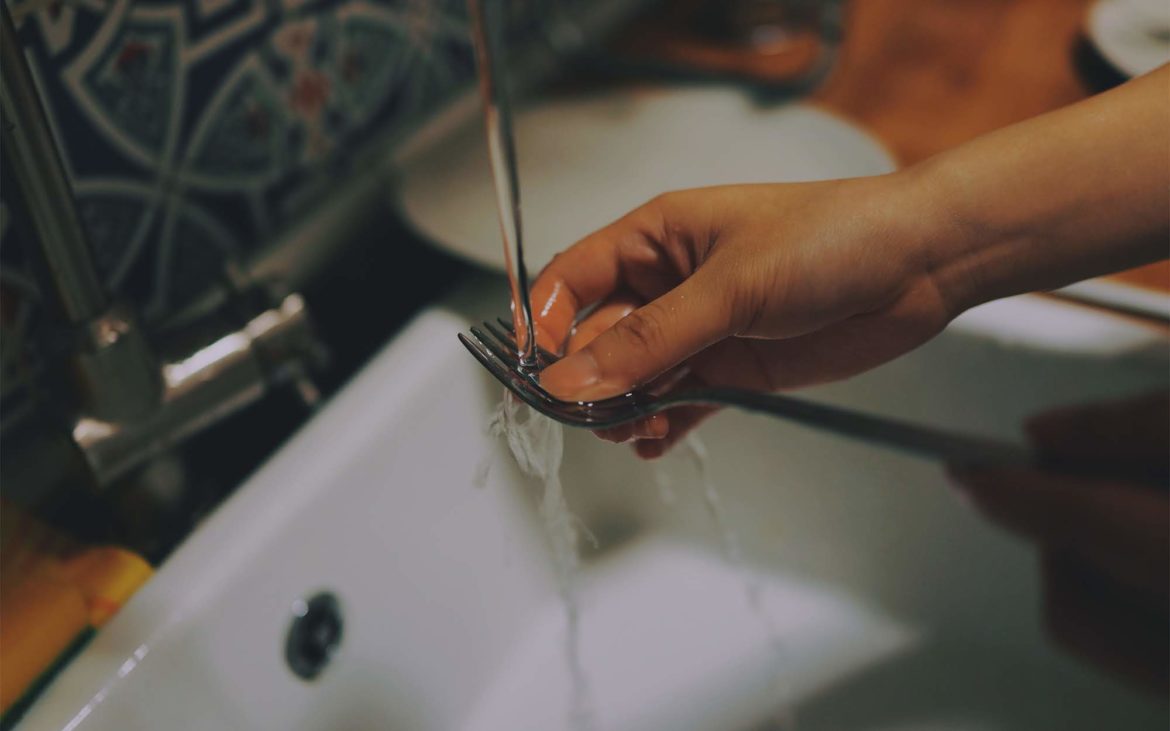 State test results show that Coraopolis has some of the highest levels of PFAS contamination in its drinking water, though it doesn't exceed the federal advisory level. (Photo via Unsplash)

Drinking water from the Coraopolis Water and Sewer Authority showed PFAS contamination among the highest levels found in the state, though still below the federal health advisory level, according to test results released Thursday by the Department of Environmental Protection [DEP].

The tests looked for six kinds of PFAS (per- and polyfluoroalkyl substances), which are chemicals added to a variety of household products such as Teflon pans, waterproof clothing and firefighting foam.

At 12.9 parts per trillion [ppt], Coraopolis had the sixth highest total of the two most well-studied PFAS chemicals detected in its water, PFOS and PFOA.

The state’s first round of testing water systems for the presence of PFAS included 95 other entities besides Coraopolis. About two-thirds of the 96 sites tested did not show any contamination. Thirty-five of the 96 water samples tested in Pennsylvania showed some level of PFAS, with the lowest positive result showing 1.8 ppt at Materion Brush Inc. in Berks County and the highest showing 114 ppt at State of the Art in Centre County. These totals reflect levels of PFOS and PFOA.

Three other sites tested in Southwestern Pennsylvania did not show any levels of PFAS contamination. Those sites were the Oakmont and Hampton Shaler water authorities in Allegheny County and Rosebud Barrett Mine in Indiana County.

The test results released Thursday are part of an effort by Gov. Tom Wolf’s PFAS Task Force, which is responsible for providing guidance on how to respond to the emerging threat of PFAS contamination. The state is considering lowering the acceptable level of PFAS in drinking water.

“Because PFAS are so pervasive in our environment and the public health impact is still emerging, we must examine the incidence and prevalence of these chemical compounds in Pennsylvania and take the unprecedented step of setting a [maximum contaminant level] — a first for our state,” wrote DEP Secretary Patrick McDonnell in a press release. “The statewide sampling plan of the state’s public water systems is a critical step toward achieving that goal.”

The U.S. Environmental Protection Agency [EPA] set a health advisory level of 70 ppt for two of the most well-studied PFAS chemicals: PFOA and PFOS. The EPA is currently reviewing its guidance for PFAS chemicals, as additional studies showing harm have emerged. Studies have shown a wide range of health impacts linked to PFAS, including a depressed immune system, thyroid disease and several cancers. The EPA is planning to come out with new guidance for addressing PFAS contamination in drinking water in the next couple of years.

The Coraopolis Water and Sewer Authority did not immediately return a call seeking comment about the results.

Two military bases near Pittsburgh International Airport and Coraopolis showed PFAS contamination from firefighting foam, according to the U.S. Department of Defense.  The Department of Defense report revealed that contamination likely extends beyond the bases, and a PublicSource investigation revealed that Pittsburgh’s airport is also likely contaminated because of its use of firefighting foam containing PFAS.

There are only a few states, such as Michigan and California, that have begun to comprehensively test for PFAS contamination, according to Dave Andrews, a scientist at the nonprofit Environmental Working Group, an organization that advocates for more stringent PFAS health standards. In those states, it’s common to find some of the highest levels of contamination near sites where firefighting foam was used, Andrews said.

The Moon Township Water Authority, also near the airport, tested for PFAS last year and found lower levels of contamination than the Coraopolis results. It found three PFAS chemicals totaling 12.7 ppt, more than three times less than was found in Coraopolis’ water. Moon Township draws much of its water from the Ohio River and uses carbon filtration, which can remove PFAS chemicals.

But Coraopolis Water and Sewer Authority’s website says it draws all of its drinking water from six groundwater wells.

Coraopolis tested positive for five out of the six PFAS chemicals the DEP looked for.

Coraopolis had the fourth highest total of all six PFASchemicals the DEP tested for among the 96 sites, at 40.6 ppt. However, only four of those six chemicals are ones that say in the body longer.

Coraopolis showed the highest level of contamination in the state for one of the six chemicals, PFBS, at 13 ppt.

Carla Ng, a researcher who studies PFAS chemicals at the University of Pittsburgh, said Minnesota has set a a health advisory of 9,000 ppt for PFBS for potential subchronic impacts on the blood, liver and kidney systems and 2,000 ppt for chronic impacts. Michigan is proposing a lower standard of 420 ppt. Coraopolis’ drinking water contamination is below both the Minnesota standard and the proposed Michigan standard.

“While the focus of regulation and testing on military bases and by the state has been primarily on PFOA and PFOS, there is significant evidence that these other chemicals are contributing to health harms,” Andrews said.

The Coraopolis Water and Sewer Authority’s website says that much of its infrastructure is more than 100 years old “and in need of repair and/or replacement.” It implemented a $10 million improvement plan in 2008, according to its website. The website doesn’t mention whether it uses carbon filtration, the most commonly used method of removing PFAS contamination from drinking water.

The website says it serves 2,220 residential customers in the borough of 5,569 and treats up to 700,000 gallons of drinking water every eight hours.

State of the Art, a company in Centre County, was the only sample of the 96 to exceed the EPA health advisory of 70 ppt for PFOS and PFOA. It tested at 114 ppt for those two chemicals. State of the Art’s website describes the company as “the leading supplier of thick and thin film resistive components to the Biomedical, Communications, Aerospace, and Defense industries.“ The company has been providing bottled water to its employees since it was notified of the test result, according to the DEP.

The state released the test results for 96 water systems that it tested between June and August. It plans on testing more than 300 sites over the course of its first year of testing, although its initial analysis identified more than 400 sites that were at risk of PFAS contamination.

Recently, Neville Township reported that its residents may have been exposed to PFAS contamination for as long as a month when a firefighting foam source backflowed into its water supply.

Correction (12/6/2019): Carla Ng noted after this article’s initial publication that one state has set a health advisory for PFBS. That advisory is now included. The subchronic health advisory is 9,000 ppt. The initial correction was calculated using the wrong unit.