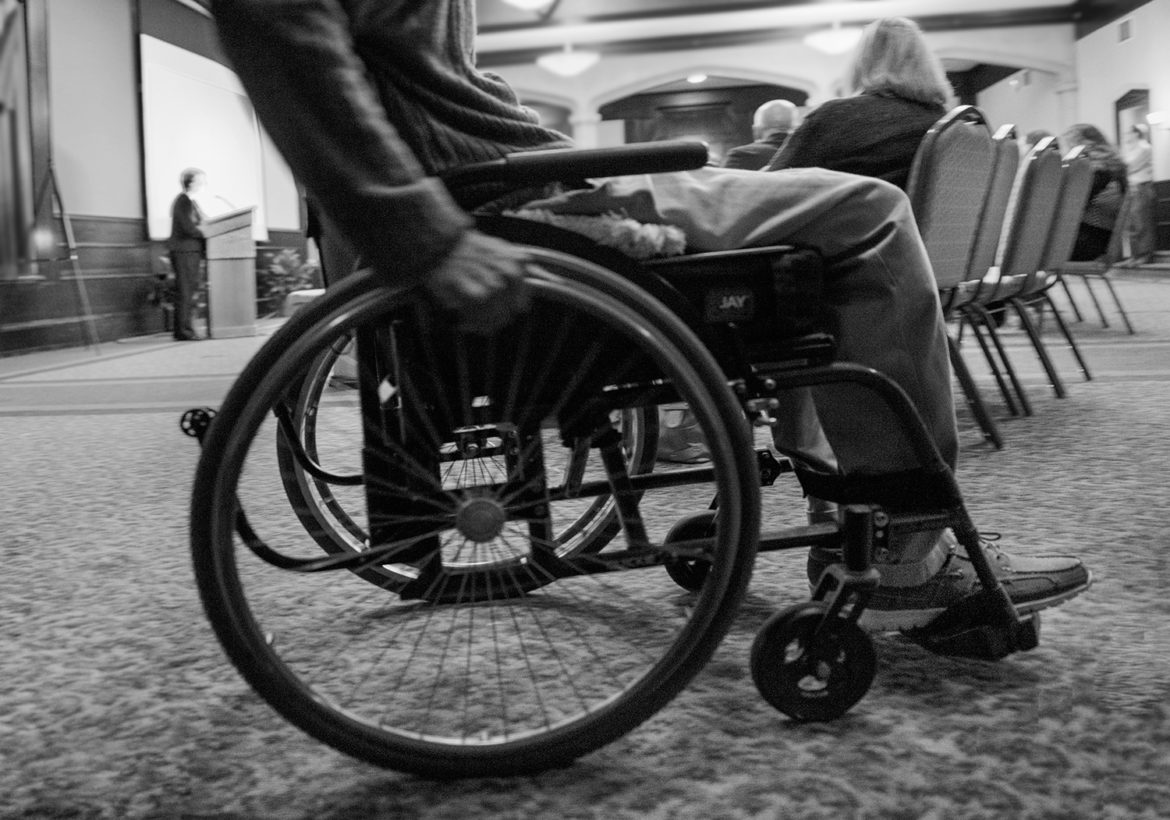 PublicSource hosted a unique panel discussion about sheltered workshops, the type of workplaces where people with disabilities earn less than minimum wage.

It wasn’t unique for its subject matter. A lot of people around the country are talking about whether workshops are fair and the best places for many people.

It was rare because it brought together people on opposite sides of the issue for a constructive discussion that left the experts and the attendees looking forward.

Stacey Dowden, a director of disability services at Milestone Centers in Monroeville and one of our panelists, said workshop providers typically only talk to others in similar situations about what would happen to people if their sheltered workshops no longer existed.

Seldom do people who oversee the workshops and training areas sit at the same table as those who advocate for integrating people with disabilities into the workplace.

But at the event, both sides shared concerns and brainstormed about what services could be offered to fill the gap when people with disabilities are searching for competitive employment or other community-based services, she said.

(It’s not that those who work with folks in sheltered workshops don’t want to see them get jobs in integrated workplaces, but they’re not always able to find them, she said.)

The event’s audience was also special because they were truly engaged in the issue of employment for people with disabilities.

We had people with disabilities who were self-employed, self-advocates and members of the City/County Task Force on People with Disabilities and the Consumer Health Coalition.

Transportation and housing were subjects raised that are major barriers for people with disabilities in finding work and staying employed. It’s a quality-of-life issue, as well.

We intend to look into these topics further and continue informing the community about what people with disabilities are up against.

Also in attendance were representatives from programs of the Pittsburgh Public Schools and the United Way. Both help disabled students transition out of high school into post-secondary education, employment and independent living.

They shared news of innovative programs that some view as a stepping stone in the process of phasing out sheltered workshops.

Recent federal legislation and orders by federal agencies to strengthen the focus on integrated home and work environments seem to be moving the nation and our state in the direction of closing sheltered workshops.

But, as our investigation revealed, there are more than 13,000 people in sheltered workshops in Pennsylvania alone. And to eliminate these programs, which have been around since the Depression, the very people who gathered last night will need to have many more discussions and make important decisions.

The event was a good beginning for bringing together smart, engaged people who care about the community of people with disabilities and the changes they are facing.