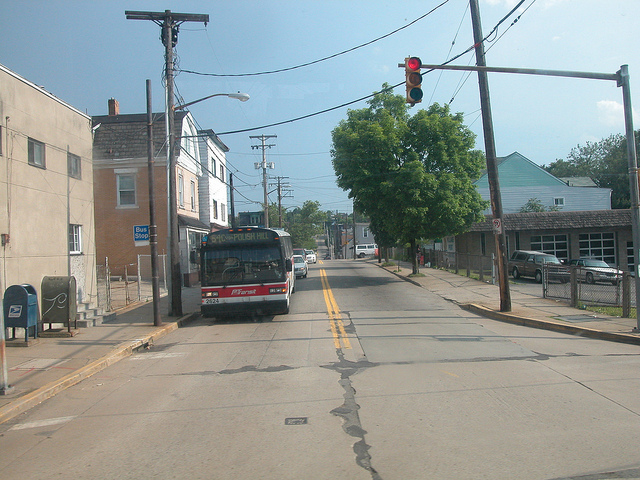 The majority of public transit riders are low-income people who live in affordable, unsubsidized housing, said Dr. Barbara Brown Wilson, assistant professor of urban and environmental planning at the University of Virginia.

Wilson spoke to an audience at the University Center for Social and Urban Research at the University of Pittsburgh on Friday about a study that focused on the intersection between “naturally occurring” affordable housing, energy and utilities, and transit.

She defined naturally occurring affordable housing as older, unsubsidized stock that houses about 80 percent of lower income communities. It is usually located alongside transit corridors, but, unless they are developed and reinvested by the landlords and community, the stock is at risk of gentrification.

Because naturally occurring affordable housing is in close proximity to public transit, the property is valuable to low-income communities who may rely on it for work opportunities. If the land is repossessed or sold, it can be flipped by developers into much more expensive property, driving up the rents and forcing people out of those important corridors.

These cities are important case studies because they formed coalitions between various public, private and nonprofit groups to keep the property low cost and unsubsidized. The coalitions work to preserve the affordability of the buildings by retrofitting and fixing out-of-date or dangerous property, like those with lead-based paint or crumbling walls or railings.

Keeping more of this naturally occurring affordable housing on the market is important for communities because government subsidized housing can go away and often has extended wait lists. When the associations get together for retrofits in particularly blighted areas, it usually amounts to savings for both landlords and tenants.

The people involved can include city staff, housing developers, regional advocates, greening advocates, foundations, landlords, tenants, nonprofits and any number of community organizations, who all might have different interpretations of what preservation means. Wilson said some look just at preserving the affordability, with or without subsidization, but that preserving the buildings through retrofits is important.

In Chicago, the buildings are high quality and “worthy of preservation,” Wilson said, and the market is mixed.

The MacArthur Foundation, a Chicago-based foundation focusing on social challenges, shepherded the creation of the Preservation Compact, a hub that brings together public, private and nonprofit parties to preserve the affordable housing market.

The organizations get tax breaks and get to help their neighbors, Wilson said. Since the buildings are in fairly good shape, retrofits ensure they stay healthy. Also with the compact, landlords and tenants split the costs of utilities, which can amount to 45 percent savings.

Alternatively, Washington, D.C., is a smaller metro with a more stable housing market that depends a lot more on public transit. Wilson described the stock as high quality with high-capacity developers.

In D.C., the Tenant Opportunity to Purchase Act allows tenants the right to refuse relocation if a landlord wants to sell the property they live on. Although it might not always work out, tenants can seek help to organize and collectively purchase the property.

“[There’s] a real understanding to get tenants to stay in place and resist gentrification,” Wilson said.

And in Denver, the housing market moves so quickly that funds especially appropriated to affordable housing almost never get spent on preserving it. Funds are set aside mostly for large-capacity projects of about 50 multi-family units.

During the question-and-answer session, the conversation turned to properties in Pittsburgh, where developers are looking to flip.

Small landlords are discouraged from selling, but gaining access to grant programs or other partnerships could incentivize them to stay in place and retrofit existing properties.

Wilson added that if landlords are unwilling to reinvest, cities can intervene, like in Chicago’s case, and seize the properties, occupied or not, with eminent domain.