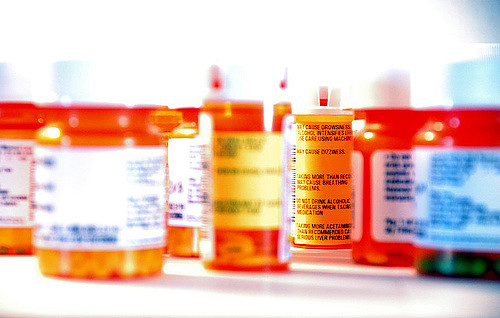 The New York Times reports that even though some states have implemented their own restrictions, the new guidelines are notable for being the first broad move to “curb the worst public health drug crisis in decades.”

In the new, nonbinding guidelines, the Centers for Disease Control and Prevention [CDC] recommends primary care physicians to use aspirin or ibuprofen to treat most cases of pain instead of opioids.

For short-term pain treatment, doctors are advised to issue three- to seven-day prescriptions for the drugs. They currently give “two weeks or a month’s worth of pills,” the Times reports.

Even then, in order for patients to receive a prescription, they’re expected to take urine tests. It is suggested that doctors also check drug monitoring systems to make sure they’re not getting the prescription elsewhere. According to the Times, 49 states have these systems but only 16 require their use.

Patients with cancer or receiving palliative or end-of-life treatment are not affected by the guidelines.

Experts, regulators and advocates in the drug treatment field have long argued about whether stricter rules would decrease the number of overdoses or end up hurting patients.

CDC experts assert that the risks of prescribing opioids heavily outweigh “uncertain benefits,” according to the Times.

This guideline is intended to improve communication between clinicians and patients about the risks and benefits of opioid therapy for chronic pain, improve the safety and effectiveness of pain treatment, and reduce the risks associated with long-term opioid therapy, including opioid use disorder, overdose, and death.

In Allegheny County, opioids were the primary cause of 246 overdose deaths in 2015, according to numbers reported last month by the county medical examiner’s office.

In 2014, the death toll from overdoses involving prescription painkillers or heroin reached 28,647, a 14 percent increase from the previous year.

Prescription drug addicts may turn to heroin as an alternative, which is plentiful and cheap in Pennsylvania. There has been a surge in heroin and opioid-related deaths since 2008.