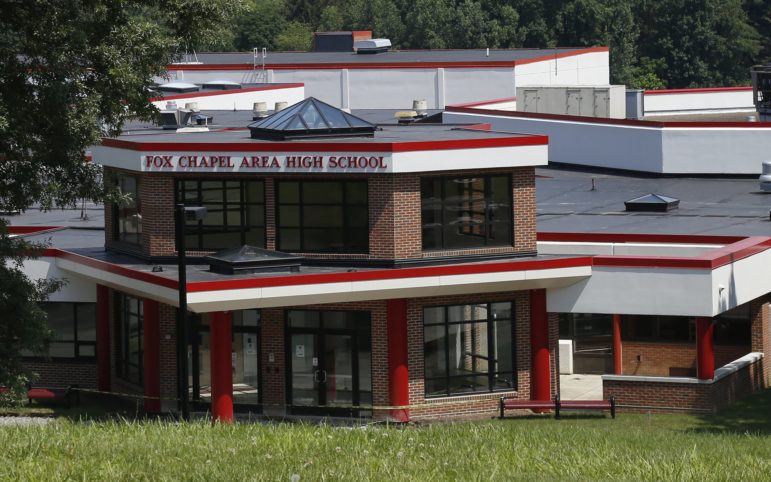 Two movements against police brutality — from Cairo to Pittsburgh

By First-person essay by Mourad al-Sayyid

As anti-racism protests continue, these Pittsburgh residents see how much — and how little — the world has changed since the turmoil of 1968

Many Pittsburgh refugees escaped persecution and disease in their home counties, but there isn’t anywhere to go to stay safe from COVID-19 in the United States and there are many barriers they face.

Behind the smoke and tear gas: How the complex policing of protests played out in East Liberty

The march had been peaceful. One thousand protesters had come together on the afternoon of June 1, looping for three hours around East Liberty, ending under Target’s circular red logo. When Pittsburgh’s wave of Black Lives Matter protests had kicked off two days earlier in Downtown, it had devolved into torched police cars and tear gas. Subsequent protests, including this one, were poised to make the first day the violent exception. Fewer than 45 minutes later, at the Centre and Negley intersection, a line of police in riot gear faced off with about 100 protesters who had splintered off from Target.

‘Time for playing it safe is over’: City report calls for swift action on inequities between Black and white Pittsburgh

Pittsburgh’s Gender Equity Commission last week presented to the City Council a report with 11 recommendations on how to eliminate some of the city’s long-standing inequities.

The new report’s first recommendation points to the need to stop police violence in the city. Other recommendations, such as increasing sick leave, are specific and build upon work the city has already done with its new sick leave policy that was enacted in March and requires up to 10 days of sick leave for medium and large companies and three days for smaller ones. Some recommendations, such as a push for a universal basic income trial program, are new and would likely take substantial resources, even as the city faces a budget shortfall greater than $120 million due to falling revenue during the COVID-19 shutdowns.

Protesters marched through the streets of McKees Rocks on Sunday to speak out against systemic racism and demand an investigation of the borough’s police department.

The almost five-hour event began at the intersection of Linden Street and Chartiers Avenue and continued to Sto-Rox Junior-Senior High School before returning to the starting point. “They’re gonna hear us. Not just in the streets, but when we vote. They’re gonna hear us in the White House,” said Dasia Clemons, founder of grassroots organization Pittsburgh, I Can’t Breathe [PICB]. It was organized by McKees Rocks resident Lorenzo Rulli and Nique (who preferred not to include their last name) with support from PICB.

Roughly 200 people gathered in front of Target in East Liberty Friday afternoon for a protest against police violence — the 28th day of such demonstrations in the Pittsburgh area. Organizers gathered supporters to center the focus of the protest on assuring the safety of Black women and Black trans women in interactions with police. Participants circled the intersection of Centre and Penn avenues to rally and hear speakers before beginning to march down Centre. The march crossed the Centre and Negley intersection, where the interactions between police and protesters on the evening of June 1 are being investigated to determine if police acted appropriately in using crowd deterrents. On Friday, protesters stopped at the intersection and chanted “Black lives, they matter here.”

Some of the organizers and supporters of the protest were there on June 1 when police deployed what appeared to be tear gas to disperse the crowd.

As Black Lives Matter protests take place from coast to coast, America has been reevaluating its racist legacy — including monuments to members of the Confederacy and other historic figures whose legacies are associated with racism and oppression. These monuments have been coming down either by the orders of the cities they’re located in or by protesters removing them directly.

About 200 people took to the street Saturday afternoon in front of the City-County Building Downtown for a protest organized by Black, Young and Educated that turned into a march by the evening.

The event continued the daily string of protests that has gone on for three weeks in Pittsburgh following the killing of George Floyd, a Black man, while in police custody in Minneapolis.

This demonstration is part of the Civil Saturday series of protests from BYE, an activist group made up of local teenagers. Much of the day’s demonstration focused on Black transgender people and Black intersectionality.

Nick Anglin, 18, read the names of every Black trans woman killed in 2020, followed by a 16-minute moment of silence — one minute for each name read.

“We’ve had enough symbols,” he said. “We need some substance.”

Much of the event was spent doing organized chants. A few times, those with megaphones would instruct each side of the crowd to chant separate, related phrases.

On Friday morning, roughly 50 purple and white balloons filled the East Pittsburgh sky to honor the memory of Antwon Rose II. Two years ago on this day, the unarmed Black teenager was shot and killed by a white East Pittsburgh police officer as he fled a traffic stop. The crowd of a few hundred people at the balloon release fell quiet. A solo drummer’s beat marked the tribute. Friday marks a significant and complicated day for African-American history and Black Pittsburgh-area residents.

As COVID-19 persists, Black women are on the frontlines and forefront, if not on the front pages of newspapers. The systemic racial and gender inequities of this country including in health care are magnified due to the pandemic. In keeping with the etymology of apocalypse, the veil is being lifted and what we see is injustice.

On the eve of Juneteenth and following a historic Supreme Court victory for LGBTQ rights, demonstrators gathered in the Hill District Thursday for a rally and march seeking justice for the Black transgender community.